Can it be?! Yes! This is Epi74 of Succotash, The Comedy Podcast Podcast, and our “thing” is playing clips of comedy podcasts both known and not-so-well known across the internet and we also feature interviews with podcasters, comedians, podcast-comedians and other folks from the entertainment biz. 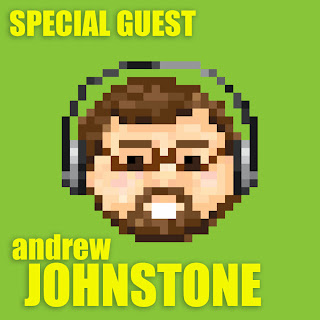 Our special guest this week is my doppleganger in Podcastland, if you will: Andrew Johnstone, the host of the Podcast Squared podcast, which was initially known for reviewing podcasts, comedy and otherwise. He’s been spreading his parameters of late and we sat down to discuss that and more in the Podcast Lab at this year’s LA Podcast Festival for a mutual interview. (Apologies for the background noise - the POdcast Lab got really pakce djust as we were getting underway and there was no way to block the chatter…)

A couple of the clips on THIS show are from the LA PodFest – I’m getting to as many as I can – and that’s thanks in large degree to our amazing honorary associate producer Tyson Saner, who is great at grabbing worthwhile moments and even better about sending them into us at Succotash! Tyson is also a musician and you can catch some of his amazing stuff up on Soundcloud. (By the way, you can also catch episodes of Succotash up on Soundcloud as well!)

We’ve also got a new Burst O’ Durst, a classic Henderson’s Pants commercials – because Bill Heywatt is out of town and we forgot to have him get some new spots “in the can”, as they say, and who knows what else. (Well, I do, but you have to download or stream the episode to see if there’s anything I’m NOT telling you about…)

Our Top 10 Most Active Shows in the Stitcher Top 100 Comedy Podcast list represent those podcasts that moved the most – either up OR down – Stitcher On Demand Radio’s Top 100 comedy podcasts this past week. Last week there were some BIG triple-digit swings into the list. This week not so much, with the exception of ONE show that jumped over 600 places to barely get into this week’s list.

Chillpak Hollywood Hour
We got a couple of nice mentions from Dean Haglund and Phil Leirness at the Chillpak Hollywood Hour this week, one of which is by way of an email from our pal Geoffrey Welchman over at the Inverse Delirium podcast. (Spoiler alert: I’ll be in an upcoming sketch on Inverse Delirium in the very near future. And it looks like Dean will, too!)  They also continue a lively discussion about spaghetti Westerns in the latest show. (BUT I think they may have lost their Empire Gas sponsor because I don’t believe there was a mention of it. Hope that’s not the case. I don’t know what we’d do if Henderson’s Pants stopped supporting US…)

Jordan Jesse Go
We have a clip from the recent LA Podcast Festival! Jordan Jesse Go features co-hosts Jesse Thorn and Jordan Morris. We’ve clipped these guys before and with good reason – they’re funny. And popular. Consistently in the Top 100 over on Stitcher. In fact, this week they’re at 61 on the chart. And they're at the PodFest, talking about…pigs. 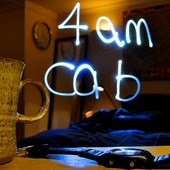 4 AM Cab
Lee Wilson and Rachel Wheeley in England at the 4 AM Cab podcast sent us a clip. Haven’t heard from this sketch show in a while, a “nocturnal comedy podcast” as they put it, featuring “scenes from the small hours.” BTW, they have an open submission policy for writers so, if you want to try your hand at writing audio sketches, here’s a place to try them out! This sketch was written by Matt Fishwick and Cat Furniss, and stars Chris Baker as the robber with Dan Warren as the cop.

Mohr Stories
Comic Jay Mohr and his Mohr Stories podcast is the flagship of Jay’s Fake Moustache Studios, where they’ve got about a half dozen shows in their stable. Our honorary associate producer Tyson Saner has clipped a couple. The first is the, well, the first – it’s Mohr Stories and Jay’s guest is comedian Jim Norton who is gaga for metal and they’re talking Sabbath. 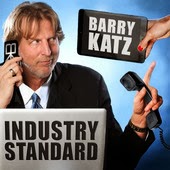 Industry Standards
If you’re savvy to the standup scene at all, you’ve got to be familiar with the name Barry Katz. Starting in Boston in the 80’s, he started in as a standup as well as a booker for clubs all over the New England area. By the early 90’s he hung up his comedy cleats and began managing comedians – landing clients on Saturday Night Live, record deals, tour dates, the works. The guys a heavy hitter, having kicked off comedians' careers, produced movies, TV shows, and giant concerts. And now he’s a podcaster, too. Gee, Barry, leave something for the rest of us! On a recent episode of his podcast Industry Standards, Barry spoke with Robert Morton, the producer of Late Night with David Letterman.

Hey Teens
Jon and Eric are fully grown adults who reminisce about their awkward teen years on the Hey Teens podcast. The show’s been around a little over a year and THEY had some listener from Glascow little paper cutout dolls of themselves. Damn! Who do I have to clip to get some damned paper dolls! Anyway, on Hey Teens recently, they talked with guest Whitney Moore who talks about Birdemic! 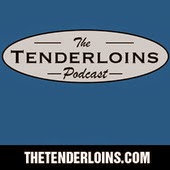 The Tenderloins
Our Honorary AP Tyson Saner sent this slip in and I ALMOST didn’t include it this epi because I was certain that I’d played another clip from this same episode of The Tenderloins before. But I’ll be damned if I can find it so what the heck? Sal Vulcano, Joe Gatto, James Murray and Brian Quinn – The Tenderloins - are probably better known for their hit Tru TV show, i. Here the boys discuss bad dating experiece.

Thanks again to our special guest Andrew Johnstone. And, of course, thanks to you, our loyal listeners. If you'd like to help us out with a rating and review on iTunes or a thumbs up on Stitcher, we'd be most obliged. It just that sort of thing that helps us to pass the Succotash!