The Succotash format is pretty much out the window this week, because I had a chance to sit down for an in-depth backstage interview with Craig Shoemaker when he was at Tommy T’s in San Francisco recently. So that takes up a bunch of show, only leaving time for a couple of podcast clips and a couple of other goodies. Plus Craig is not this episode's only interview. More on that in a paragraph or two. 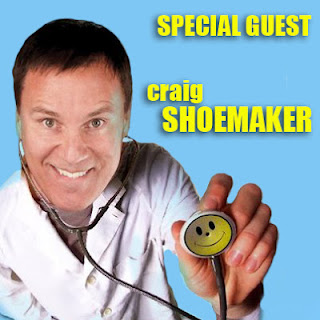 Regarding "Shoe", if you're not familiar with him, where the hell have you been? The guy's been around for about three decades, doing standup, acting, writing, radio...the list of stuff he's done goes on and on. Here are a few particulars: He caught fire for years as his deep-voiced character called The Lovemaster, but that is backed up by solid time served as the consummate journeyman comic. He's shot comedy specials for TV (including his most recent, Daditude), starred in films (such as Should Have Been Romeo) and even has written a couple of children's books (such as What You Have Now, Your Daddy Had Then.)

He still does club dates and is the host of Laugh It Off, a live two-hour video webcast/podcast that "airs" every Monday from noon until 2 PM. I caught up with him during his recent stint in the Bay Area and it was a great time that had been put off way too long. (Craig and I hit Los Angeles about the same time in the late 80s and we ended up hanging out a bit and even writing material together for a while.) 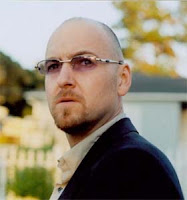 But before we corner Craig in the green room, I kick off the show with a short chat with friend-of-the-show Phil Leirness! He, of podcasting's Thje Chillpak Hollywood Hour, along with co-host Dean Haglund have kicked off a Kickstarter campaign to raise money for a new documentary project. Hieroglyph of The Human Soul features the art, philosophy and insights of actor/artist/ philosopher Leigh McCloskey. While it's not a comedic subject, I figure it's worthwhile to spare a little webtime for a guy who believes so passionate about the positive aspects of the human spirit. You can click the link above or in the side column of the SuccotashShow.com website to get in on this movie-making opportunity.

This Week With Larry Miller

Larry Miller is on the mend from the accident he had MONTHS ago. He’s still not back up to 100%, which is why they are rerunning episodes of This Week With Larry Miller over on the ACE Broadcasting network. But Larry speaks! That’s right. This week, there is a short message from him at the top of the show. So I grabbed it for you here.

The guys behind this site did a funny video ad for their Commemorative Rapture Jesus Gnome. I've crunched it down to audio so you can hear, but this is funny enough to go check out on iTunes!

I’ve featured these guys before, but it’s been a while, so thanks for the clip, guys! The S&M Rants Podcast is a weekly humor podcast featuring co-hosts Shane Birley and Monica Hamburg. Want to hear bad erotica, painful Craigslist ads or learn about Chewbacca sex fantasies? Join them - and their guest judges - for the deranged goodness.

We do have a classic Henderson's Pants spot this epi. Our Burst O' Durst segment is NOT around this week, as political comic Will Durst is on a sabbatical to write a new e-book. He should be back next episode.

This past week I reviewed the Story Worthy podcast with guest Blaine Capatch as part of Jesse Fox's roundup in This Week In Comedy Podcasts on Splitsider.com, along with an honorable mention for Fitzdog Radio with guest Jay Mohr.

You can now rate Succotash on Stitcher Smart Radio. It's just a simple Thumbs Up (or Thumbs Down) and all you have to do is click over to our listing on their site. You can also give us stars and dash off a quick review over on iTunes, which really helps us to gain visibility in the sea of over 10,000 podcasts that are out there these day.

That's about it, but isn't it enough? With the two interviews and the clips we have, the show nets out at about one hour and twenty minutes. So I hope you brought enough appetite for all of it, and that you have room left to pass the Succotash.