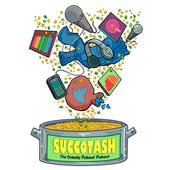 Yes, it’s me. Marc Hershon, your host and drought-resistant shrub for Epi135 of Succotash, the Comedy Podcast Podcast. And this is definitely a succotash of an episode. We’ve got snippets from a bunch of comedy podcasts. And we’ve got a couple of interviews. So we’re going to make this a Succotash Clips n’ Chats show. e7mwxq5u

I’ve got a brief chat via the new SpareMin app with Chris Mancini, co-host of the Comedy Film Nerds podcast and co-organizer of the Los Angeles Podcast Festival. We talk a little bit about his Earbuds podcast-oriented documentary, his graphic novel that he just successfully Kickstarted into existence, and Chris and I talk about my upcoming official duties in this year’s 5th edition of the LA Podfest. 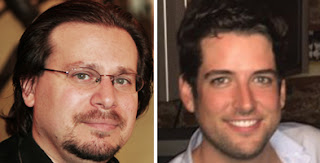 I have a longer chat with Ned Kenney, the brains behind Laughable, a new app that is specifically for and about comedy podcasts. Finding them, listening to them, and learning more about the people behind them. I’ve kind of fallen in love with this app and how easy it is to find and download comedy podcasts, which is my stock in trade. Ned talks about why he came up with the idea and what he’s been through to get the thing up and launched.

Podcastwise, on this installment of Succotash, we’ve got clips from Bad Cop, Bad Cop; Horribly Awkward, Irresponsible Mentors, The Naked Porch Podcast, and a long-delayed visit to the Podcast Graveyard where we dig up a show that hasn’t been around for about a year. (Thanks to our Associate Producer Tyson Saner for most of the clips for this week's episode!)

In addition, we’ve got a double dose of our Burst O’ Durst segment with political comedian and social commentator Will Durst, a new song and a Succotash tribute from our a capella singing friend Abner Serd, and a dip into the Tweetsack.

This episode is brought to you by Henderson's 100% Genuine Dungarees, made from real dung. 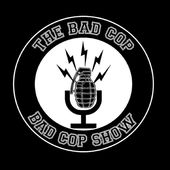 Bad Cop, Bad Cop
The first clip for this episode is from Bad Cop, Bad Cop, a show I’ve not heard of before — which is becoming the rule rather than the exception it seems, there are SO many comedy podcasts out there — and was uploaded directly to us by a listener. An unidentified listener. He or she says about Bad Cop, Bad Cop: “One of my favorite shows. It’s hard to pin down a small segment of this show but here it is. These two guys have an infectious giggle and have me PMSL each week.” (I suspect the listener is British, as PMSL stands for “piss myself laughing”, which is the English version of ROFL – Rolling On The Floor Laughing.) The co-hosts of the show are named Jerry and Dave — no last names — who, according to the About blurb on their homesite, are “two guys with pretty bad attitudes." 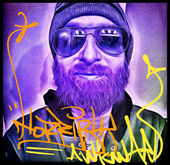 Horribly Awkward
Normally I have more information about the podcasts that we get the clips from, but sometimes the podcasters are pretty stingy with putting the facts out on their homesites. Take Horribly Awkward, for instance. It took several links to find out that the name of the host is Shaun Fuller. And I didn’t get the last name until I hopped onto the Laughable app and found that he was a guest on the Three Is Comedy podcast. Here’s his description of Horribly Awkward as it appears on Stitcher: “This is my horribly awkward, guest-driven, improvised, comedy and fun filled podcast. Take a ride with me on this journey with a new guest every week!” Tyson pulled this clip from Shaun’s Epi42 when his guests included Brink and Jesus, the co-hosts of the Horrible Gamerz podcast, Brink’s wife Becca, and Rob from Random Ramblings with Rob. I don’t want to say that parts of Podcastland are getting a little incestuous but…ewww. 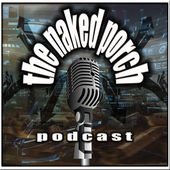 The Naked Porch Podcast
I could have sworn we featured The Naked Porch podcast before but I’ve just been to the Succotash Archives and I just find mentions I made of the show, not any clips at all. So it’s high time, thanks to Tyson, that we rectify that situation. This podcast falls into the “Sittin’ Around And Chewing The Fat” category of podcasts and these three — Chris, Ray, and Danielle — are clearly having a great time without anyone else’s help. 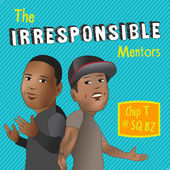 The Irresponsible Mentors
Tyson clipped this next entry from The Irresponsible Mentors podcast – a title I love - but he didn‘t include a lot of intel. And I have to say, after tracking the hosts back through a few sites, there’s not much out there. Here’s what we know: This is from a “minisode” at the end of May called “Comeback Warriors & Unarmed Gorilla Get’s Shot”. By their cartoon logo, one host is Chip T, the other is SQ BZ. Guess you're meant to discover the rest for yourself. 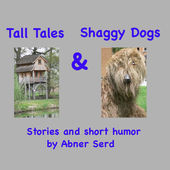 Podcast Graveyard
There are SO many podcasts floating around out that, unless you listen to particular ones all the time, you might not even notice when one goes off the radar. Such is the case with The Tobolosky Files. I really enjoyed this show, featuring actor Stephen Tobolosky who, with the help of critic and filmmaker David Chen, would tell stories from his interesting life and unique position of being one of the most legendary modern-day character actors working in film and television. Stephen’s podcast went dark about a year ago,with Epi71 dropping on August 13th, 2015. Here’s a clip from that episode, which was entitled, “If I Know Now What I Knew Then”

If you want to help us out on Succotash, please don't be finger-shy when it comes to clicking on our Donate button at http://SuccotashShow.com. And feel free to pass the Succotash just as much as you like.