Saluton! How's everybody out there? This IS Succotash, the Comedy Soundcast Soundcast, and I AM your host, Tyson Saner. Once again, I am bringing to you this tasting plate of different soundcasts from around the English-speaking parts of the world. 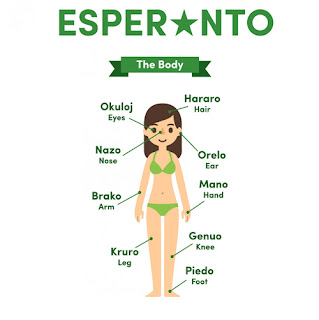 In case anyone is following along at home, I am still learning Esperanto with Duolingo and I can now read much more of it than I ever expected to be able to. I don't get much practice speaking it but who knows, maybe I can find a community of Esperantists who are also soundcasters…

Anyway, I've got clips for you from these fine soundcasts:  Podcheese, The LIL Show, Who Charted?, Talking Without Thinking, Trevor Has Friends and The Joe Rogan Experience.

I've also got a single shot of raging moderate Will Durst's Burst O' Durst segment. You can follow Will on Twitter @WillDurst or, if you're in the San Francisco Bay Area, you can catch him on stage live in a performance of "Durst Case Scenario: Midterm Madness". That's on June 30th at Rhythmix Cultural Works in Alameda.

And this episode of Succotash is sponsored by Henderson's Pants new Pushover Pants.

Well, are you ready for the clips? I hope so because, here they come…

Talking Without Thinking
Hosted by Scott Lowder, Jason Eckard, Jarrod Carpenter, and Sean Atkins, iTunes tells us that Talking Without Thinking is "A weekly comedy podcast that answers the tough questions like "Are Eggs a Meat?" or "What Would We Do Without Google?". Our clip come from Epi29: "Sci-Fi Inventions That We Wish Were Real".

Who Charted?
Hosted by Howeard Kremer and Natasha Leggero, Who Charted? was originally featured back in April of 2013 on Epi56 on Succotash, before co-host Kulap Vilaysack took a powder and was replaced by Natasha. The show's official description: "Howard Kremer and Natasha Leggero bring on some of your favorite comedians to discuss the top 5 songs and movies of the week. Plus, Howard, the guests and Who Charted crew each bring a new song that they recommend over all the garbage on the charts." The clip we're featuring includes guest Jen Kirkman.

(Contest alert! Listen to this current episode of Succotash for details on the #knitcapfortrivia giveaway…)

PodCheese
The last time we clipped the PodCheese soundcast was way back in Epi54 of Succotash, in 2013, but the awesomeness continues with Benny and Whacky Josh blasting out of their underground HQ to take on the world's problems, armed only with their wit, charm, and beer. In our clippage, they are guested by Steve Rees of the Passive Aggressive Hour soundcast.

The Joe Rogan Experience
Featured several times before on this show, The Joe Rogan Experience was first clipped way back in Epi5 in 2012 with co-host and firend-of-Succotash Mark Pitta. The snippet I have for you now is from a recent show in May, when Joe's guest was filmmaker/soundcaster/auteur and heart attack survivor Kevin Smith. He shares some details about his mental state as we was going through that life-threatening situation.

The LIL Show
In The LIL Show, "LIL" stands for London Improv Live, a live, weekly improv comedy show on K2KRadio.com edited down for your soundcasting pleasure. The host, Talal Karkouti, is joined by co-hosts Alex Sievewright and Luc Valvona. Our clip is from epi115 entitled "Little Maggot", featuring Merlin's Beard, the official improv team from the University of Kent.

And that's what's in store for your ears. Thee highs and lows, chuckles and tears…or maybe that's all just my subjective reaction to this content.

Remember, I don't just feature clips, I also listen to the entire episode of whatever soundcast it is I'm sampling. In some cases I become a semi-regular listener but there really isn't enough time in the world for me to listen to EVERY episode of even my favorite soundcasts when I want to.

Such is life. "Time in a Bottle" and all of that…

I'm certainly not complaining however because of how enriching it feels to hear people talking and sharing information with each other often not knowing if anyone outside of the room - or wherever their soundcast is being recorded - is even listening. However, because of the nature of this show and my role in it there is a chance that I am, or will, or have at least once. And perhaps part of your show will become part of a future show of ours…or maybe it already has and you're about to furiously comb our archives at www.succotashshow.com to figure out which episode of Succotash, the Comedy Soundcast Soundcast YOUR soundcast was featured on. I have no idea.

Whether or not any of those scenarios apply to you, you're either reading or hearing this now and that makes me happy. If you go to www.tysonsaner.com It will make me even happier.

So until next time, I will be on the verge of ecstasy if you could find it in your heart or perhaps just in your busy schedule to please pass the Succotash…