Yes, friend. It is I. Marc Hershon, host and handmaiden of Succotash, the Comedy Soundcast Soundcast. Welcome to Epi158, which is another edition of Succotash Clips, featuring a great, steaming pile of snippets taken from comedy soundcasts as heard on the internet.

Our Associate Producer Tyson Saner snipped us off a trio of clips, I grabbed some, and one enterprising soundcaster got us a clip from their show by uploading it directly to us — if you’d like to try that it's as simple as hitting our direct upload link at http://hightail.com/u/Succotash! 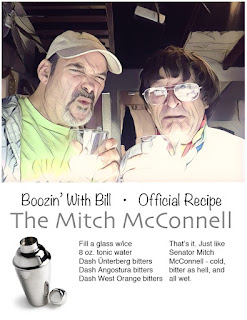 In addition to the clips we have a double shot (triple, actually*) of our Burst O’ Durst segment from friend and political comedian Will Durst. Plus we have a new Boozin’ With Bill segment, where our beloved announcer teaches us how to make a the bitterest drink ever to flow from the Studio P wetbar.

And the whole show is brought to you by our friends at Henderson’s Pants. Henderson’s — if you’ve got the legs, they’re got the pants.

(Heck, they even have legless pants, so go ahead and drag your torso over to wherever fine and not-so-fine pants are sold.) 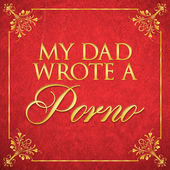 Off Book
Off Book is a soundcast that is helping to stretch the borders of what a show can do. There are a lot of improvised shows out there but this one, hosted by Jessica McKenna and Zach Reino, presents a full-blown improvised musical. This clip, provided by Tyson, is from their debut episode “Shrugging Destiny” and features the hardest working guest in soundcasting, Paul F. Tompkins. (Speaking frankly, I’m not a big fan of being in an improv group that improvises music because it’s usually pretty bad. Paul F, early in this episode, even remarks that he’s not that great at it. But these guys obviously know what they’re doing, so it’s a different ballgame. Check out my review of this episode from last July on Splitsider.) 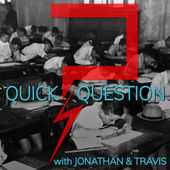 Quick Question
Our esteemed Associate Producer Tyson Saner harvested a clip from a new show by an old friend. Travis Clark, late of the Tiny Odd Conversations soundcast, has joined forces with Jonathan Sadowski, an actor you may be familiar with if you have watched Young & Hungry on TV. Their new soundcast is called Quick Question and every episode starts with, as you may have guessed, a question. They then do their best to try and answer said query.

The All Seeing Guys
This clip comes directly from the source. Greg and Joe, the fellows at The All Seeing Guys soundcast across the pond in England, used our direct upload link (http://hightail.com/u/Succotash) to get us this chunk from one of their recent episodes. In their cover note they say, “We had a clip played by you a couple of years back so thought we'd possibly throw a newer clip your way.” Just a couple of chaps, sitting around and yakking it up? Soundcasting at it’s purest — good enough for me! 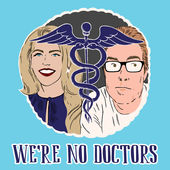 We're No Doctors
Another pretty new-to-you soundcast is We’re No Doctors, co-hosted by Steve Agee and Busy Phillips. They’re not just both comedians and actors, but they’re also self-admitted neurotic hypochondriacs who decided they should do a show about health and medicine.  In this clip from recent Epi4, they talk with guest Nicole Sullivan, another comedian/actor who recounts her brush with death caused by the dread swine flu. (Did you guys catch Steve Agee in Guardians of the Galaxy, Volume 2? He plays Gef, one of the Ravagers. He’s the guys with the huge thick glasses. Not a lot of lines but a whole lot of funny…)

That's it for now. We're doing a special episode of Succotash Clips to help raise money for victims of Hurricane Harvey in Houston but it will only be available as part of a package of soundcast episodes being put together by Houston area soundcaster Justin Corbett, co-host of the Mindfudge soundcast. So our next "regular" 'sode will likely be a Succotash Chats show.

I will be hanging out at the upcoming 6th Annual Los Angeles Podcast Festival in Los Angeles in October, from the 6th to the 8th. And later in October, on the 22nd, I'll be the on-hand announcer for a live Los Angeles Breakfast Club extravaganza.

*Listen to midway through the closing credits for a free bonus Burst O' Durst!