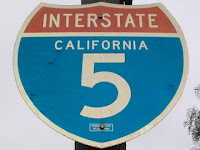 WARNING: This is NOT a "regular" episode of Succotash, the Comedy Podcast Podcast. No clips. No interviews. No TweetSack.

Call it an experiment. I was driving back to San Francisco after a weekend in Los Angeles. While in the southland I visited with a number of podcasters, comedians and past guests of Succotash: Rick Overton, Matt Weinhold, Ethan Dettenmaier, Shawn Marek, Travis Clark, Brandi Clark, Jon Manfrellotti, and Chris Gore.

My conversations with all those folks invariably came around to podcasting. Why do we do it? Where is it going? And what does it all mean? Collectively, we batted those concepts and more around in our little discussion groups but - once I was alone, trapped in my car (Studio F) for the six hour Kessel Run back to The City By The Bay, the questions continued to bounce around in my head.

So I fished out my trusty iPhone 5, my iRig Cast mic, and rambled into it for about 26 minutes. I ruminated on my show, other shows, and the podcasting industry as a whole. I wondered aloud about our listenship, the respect that podcasters may or may not be due, and all of the entertainment that's regularly provided for free by an ever-widening pool of podcasters around the world.

Don't worry — it's not a signal that we're changing direction at Succotash. We've got another clip-filled extravaganza coming right around the corner with Episode 52. But one beautiful thing about this artform (if I may be afforded the chance to refer to it as such), is that a person can do anything they want from this side of the microphone. On the flip side, listeners don't have to listen to it.

So this is, as I said in the beginning, an experiment.

And I'll be back with our usual bag o' podcast clips in our very next episode! So don't be afraid to pass the Succotash.

I liked this one a lot! Thinking outloud about why, what does it mean, what'll it add up to? Those are questions every creative person asks before continuing to surrender to the fact that it just has to be. I enjoyed listening to your process.