With Epi32 we're back at Studio P with Engineer/Producer Joe Paulino and all is right with the world. (BTW, be sure to check out Joe and Tim White's CD Inhale Slowly - it's not only great meditation and relaxation music, but it's kicking ass on the mellow music charts!) This episode of Succotash is positively brimming with podcastly goodness — a scintillating guest co-host, a new Henderson's Pants ad, an installment of Boozin' With Bill, a Burst O' Durst, sci-fi comedy music from John Anealio and a passle of podcast clips. 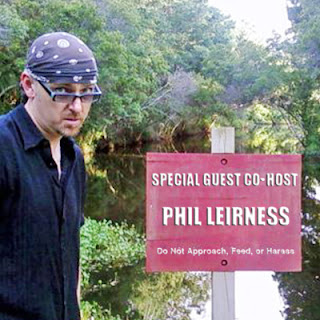 Our guest co-host is no stranger to Succotash listeners — it's Phil Leirness, he of Chillpak Hollywood Hour podcast fame. Phil was in Northern California and the timing worked out that he was able to get to Studio P and help me serve up this latest portion of Succotash. We talk a little about his work and he gives us a few tantalizing glimpses into what is going on with the TWO follow up films to The Truth Is Out There, the conspiracy theory based documentary Phil directed. (Both CHH and TTIOT are produced in collaboration with TV's Dean "X-Files" Haglund, who our listeners also know from his audio visits to the show.) Phil's a great conversationalist and has well-expressed commentary on the clips in this episode.

Speaking of clips, here's what in store in Epi32…

Our guest co-host and his heterosexual life partner Dean Haglund discuss some of the Comedy nominations for the upcoming Emmy Awards. 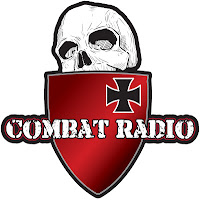 I've been wanting to play something from Combat Radio so reached out to the show's ringmaster, Ethan Dettenmaier, via Twitter. He shot me a link to a clip featuring Phil Leirness without even knowing he was with me this show. It all boils down to a scheme to break into Area 51…

Friend of Succotash Mark Pitta has a rare treat in his latest After Hours podcast episode: An interview he did back in 2001 where he interviewd comic legend George Carlin in front of a theater full of people. In this clip, Carlin remembers the transition point between his straight-laced, necktie-wearing persona and the counter-culture icon he was to become. 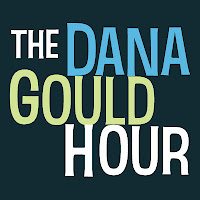 Dana Gould and his guests Steve Agee & Matt Weinhold get into it about Comicon, which recently wrapped its latest incarnation in San Diego.

Not being a huge fan of the "shootin' the shit" brand of groupchat podcasting, I got a laugh out of Ham Radio host Brett Hamil's ad for Crosstalk Comedy.

Epi64 of Professor Blastoff starts off with a very sobering note by co-host TIg Notaro, as she reveals that she has been diagnosed with double breast cancer. Her co-hosts Kyle Dunnigan and David Huntsberger, are not only sympathetic but help to make the experience a pretty safe one for Tig to be so forthcoming. Click over to their homesite to leave her a message of support.

We’ve featured a few clips from the deeply Irish brogued Gee & Jay Show from Belfast. Well, Gavin – who put the G in Gee & Jay – sometimes has to wait around for Jay to show up and that rage is what gives us a few tender moments of the Pissed Off Man Show.

Rob Celli, one half of What Duvet Said, was a previous guest co-host of Succotash. Now he’s moved to New York but he and Jason Duplissey – who is in LA – still pull off the show. (Coincidentally, I originally found out about these guys from Phil Leirness.) 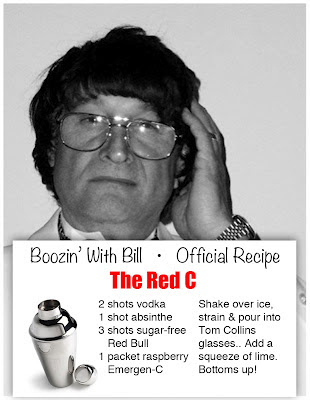 Booth announcer Bill Haywatt is back in the studio with another Boozin' With Bill segment. This time he serves up a concoction called "The Red C", which he picked up in his travels as a journeyman radio announcer in Moose Jaw, Saskatchewan. This libation was actually surprisingly good and we were sorry that after the first round was gone, there was no more to be had. See the recipe right over there on the left had side of the page…

Off the air and in the reading world, in This Week In Comedy Podcasts, I’m reviewing The Thrilling Adventure Hour #83: Cactoid Jim, King Of The Martian Frontier with guest stars Nathan Fillion, Adam Baldwin and Zachary Levy. Just go to Splitsider.com to lay your eyes on that review.

That's going to do it for this week's installment. There should be plenty to keep you busy until Epi33, where I will spend the show chatting with comedy sci-fi musician John Anealio and playing some of his very funny and nerdy music.

Until then, please have fun passing the Succotash!