This is Episode 24 of Succotash, the Comedy Podcast Podcast! We’ve got clips. We’ve got the Burst O’ Durst. We’ve got an interview with actor/comedian/artist and podcaster Dean Haglund to talk about his exciting new Kickstarter project. We’ve got a funny song by comedian/songstress/chanteuse Karen Kilgariff from her album “Behind You”. A classic Henderson’s Pants commercial perhaps. And that about it.

A little bit more about Mr. Haglund. Fans of the XFiles and The Lone Gunmen know him as Langley, the gangly long-haired conspiracy wonk. He's also renowned for his improv and standup comedy chops. And Succotashians have heard Dean and his partner-in-podcasting, Phil Leirness, declared by me to be "podcast royalty" (given the tenure of their show Chillpak Hollywood Hour) when I interviewed them back in Succotash Epi4. In addition to those performance nuggets, Dean is also a talented painter and using that skill to create Shock N' Awesome, a graphic novel tracing the adventures and travails of a trio of intrepid journalists that may (or may not) bear a resemblance to three conspiracy theorists you might recognize. This is your chance to jump in and be a part of something cool. Click on the Kickstarter link over there on the right-hand side or just click here.

Starting immediately, the Succotash podcasts are being re-broadcast along with a gaggle of other podcasts over Clutch & Wiggle Entertainment, the home of…Clutch & Wiggle. We delighted to be asked to be part of that crew! So now you can add that outlet as well as iTunes, Stitcher and our own homesite as a place to get the latest serving of Succotash!

I've been making an effort to drop a bit more comedy-related music into the show. After listening to Karen Kilgariff sing as a guest on the recent 100th episode of the Walking The Room podcast with Greg Behrendt and Dave Anthony, I bought her album, Behind You, from BandCamp.com. And loved it! So I contacted her via Twitter and asked if we could feature her music on Succotash. This epi we start in with her song, Look At Your Phone.

What podcast clips have we got on tap for you in Epi24? So glad you asked...

A monthly podcast with Paul F. Tompkins as H.G. Wells, using his time travel technology to bring in deceased authors to mix it up, reveal something of themselves and reflect on our world from their unique perspective. His guests in this clip are Paul Adomian as Friedrich Nietzsche and Paul Scheer as H.P. Lovecraft.

Rob and Craig (you can figure out which is Clutch and which is Wiggle) are likely the only guys doing their podcast from atop an air hockey table.  These guys are true podcast enthusiasts.

This Week with Larry Miller 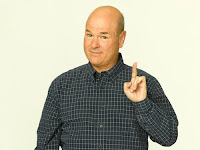 Larry Miller is still recuperating from a nasty fall he took over a month ago. Our clip is show producer Jeff Fox filling the audience in on Larry's progress and health. Best wishes for a speedy recovery, Larry!

Editor-in-chief at Laughspin.com, Dylan Gadino, and his co-host Mike Gogen bring the latest in comedy news and the comedy business in general (including podcasts) every week. They're just getting started and this clip is from their Epi3. Give a listen!

Our friend Dave Nelson hosts this show which often brings us insightful interview with comedians who perform across the spectrum, from emcess to headliners. This clip is from a recent show featuring W. Kamau Bell, who is still touring with his Laughter Against The Machine show (co-starring Nato Green and Janine Brito. At the same time, he's hosting a new FX TV show porduced by Chris Rock.

Retep and Big D bring their booming announcer pipes to the podcast world. They're got a point of view on a variety of issues including the ones in this clip that begins with a story about a woman who overdosed on coke...Coca-Cola, that is.

Our first clip this show was from a monthly podcast. Jeff Schaeffer and Bobby Shortle ambitiously host a daily show. It's pretty well put together, too: Regular features, chats about sports, movies and pop culture-y things. This clip is a couple of weeks oldb, but with the success of the Avengers movie, I thought their discussion of how Iron Man might be featured in the film was apropos. 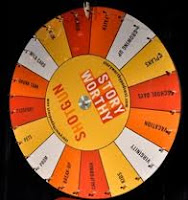 The monthly gameshow spinoff of the Storyworthy podcast, both hosted by Christine Blackburn and Hannes Phinney, is a hoot and a half. A dozen contestants are given the subject for a story by spinning the show's "Wheel of Truth", and then without any prep time, have to tell their story in one minute. The winner gets a prize. You get a lot of laughs.

This episode our intrepid pundit Will Durst dips his wit into the steaming pool of Republican vice-presidential considerations. Nasty business.

All right. That's it. It's even better than it reads so get listening!

As always, please remember to pass the Succotash!