Happy New Year! It IS me, Marc Hershon, your host and New Year’s baby for 2016. And this is Succotash, The Comedy Podcast Podcast. It’s the first edition of Succotash Clips for this new year, and we have a fine passel of clippage for you.

Before we get into the nit and the grit of what’s in store this time around, I thought I’d check in to see how many of you Succotashians are also Resolutionaries. You know, those folk who steadfastly trot out a litany of resolutions for the new year. New leaves that they are bound and determined to turn over this time for sure, only to almost immediately start backsliding furiously on their self-commitments.

I tend to go pretty low key and achievable with the resolutionary action, mostly because I know, after being around as long as I have, I’ve got a pretty good idea how low to set the bar in order to clear it.

My first resolution is one I’ve been kicking off the past ten years or so with, and that’s to go without regular coffee or any other form of caffeine for one month. I LOVE coffee – its aroma, its flavor and its effects. But I know it’s not all good in term of the way you feel if you miss your morning cup so I’ve taken this step to purge my system of caffeine and its residual cravings for 31 days. Achievable!

The other one is exercise. I’m actually pretty good with this one, to the point that this is actually a resolution to continue my exercise regimen, not jump start it. To help out, I’ve signed up for a 10K race in April, so I just need to press a little harder and I should be ready for that.  Achievable!

Regarding Succotash, well, I’m just going to shoot for bigger and better this year.

I’ve arranged with our friend Shawn Merek to put on the first LIVE epi of Succotash just one month from now. That’s right. Friday night, February 5th, at 6 PM at the Improv Lab on Melrose Avenue in Hollywood. I’m still firming up the details and will have more information for you shortly, but we’ll have some amazing guests and a lot of fun that night.

But we’re also aiming to have a lot of fun right NOW. We've got clippage from the Hobcast with Hob the Troll, How To Be Amazing, The Mike Jolitz Show, The New Hollywood Podcast, The Potato Bureau, River City Rant, Royal & Doodall, The Cure, and Victrola!

We, of course, will be looking into the Tweetsack for your tweets and emails. But no Burst O’ Durst this time around. Our friend Will Durst has been off, touring the Bay Area with his Big Fat Year-End Kiss-Off Show. If you need your Fix O' Durst, please visit his website at http://WillDurst.com or check out his tweets @WillDurst on Twitter. (And the Burst will be back next episode!) 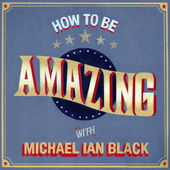 How To Be Amazing
We’ve clipped podcasts featuring Michael Ian Black as a host before – like Mike And Tom Eats Snacks and TOPICS. But he’s had a new one out for the past year called How To Be Amazing, where his guests are mostly authors and he picks there brains about their backgrounds, their careers, and how they do what they do so well. I just reviewed his recent two-part interview with author David Sedaris for Huffington Post this past week. Very entertaining and enlightening interview, so I thought we’d pull a nice clip out of it. 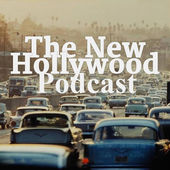 The New Hollywood Podcast
I’ve got a clip from The New Hollywood podcast, hosted by friend-of-Succotash Brian Flaherty. Brian’s been getting some great guests on his show and most recently he chatted it up with Paula Pell, a very funny writer who’s been on-staff at SNL since 1995, produced and wrote on 30 Rock, wrote the screenplay Sisters, which Tina Fey and Amy Poehler starred in, and on and on. In the clip we're featuring, she relates to Brian what her first few days moving out to Los Angeles was like. I’m kinda surprised she survived. 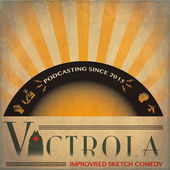 Victrola!
Another podcast I recently reviewed was Victrola!, which is the namesake of a plucky little troupe from Austin’s Coldtowne Theater. They rolled out a first eight episodes of their monthly show in 2015, and they promise to return for a second season. The shows are all written by and starring Michael Jastroch, Bob McNichol, Bryan Roberts, Lance Gilstrap, Cortnie Jones and Jericho Thorp. In December, they’d dropped a compilation show, with sketches from the first eight epis, and here’s one of them — a riff on Jurassic World. 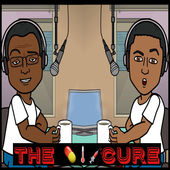 The Cure
Our next clip was sent in using our direct upload link at http://hightail.com/u/Succotash by Terrell, one-half of the crew at The Cure podcast. He writes: Hey, Thanks for Following @Thecurepodcast on Twitter. We decide to use your service and we already have a intro. However its not 3-5 min long. Its about 2 min hopefully this would suffice. If not we will create another intro next week. Thanks, Terrell I DM’d him back to let him know that  we’re not that keen on playing packaged promos and that we prefer straight up clips, but after listening to what he sent in on behalf of his co-host, Marcus, and himself, I think this works just fine. 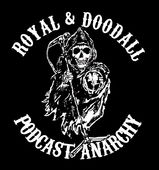 Royal & Doodall
If you felt a disturbance in The Force the past couple of weeks, that wasn’t the new Star Wars movie opening, it was the return of the Royal & Doodall podcast. After some time away from the mics, Tommy Royal and Angus Doodall are back. Where have they been? What have they been doing? Well, you’ll have to download and subscribe to their podcast for the intimate details but here’s a snippet of R&D banter to give you a taste.

Hobcast
We haven’t chatted up our friend Hob The Troll lately, the purveyor of The Hobcast. But I do chat with him every so often on Twitter and occasionally on Facebook. That’s how I know about his recent Christmas special. The Hobcast has been a little…off-schedule during 2015, but Hob got it together enough to produce a fun little holiday episode where he placed phone calls to some folks. Some of those people apparently donated money for the opportunity to hear from Hob but this clip doesn’t come from one of those calls… 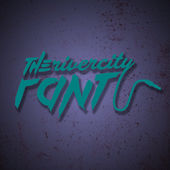 River City Rant
Uploading clips directly to us is not the only way for comedy podcasters to get their stuff on the show, of course. I harvest a bunch of clips myself, our Associate Producer Tyson Saner is busy slicing and dicing clips as well, and you can also email a 3-5 minute MP3 clip into our Tweetsack at marc@SuccotashShow.com. That’s what they did over at the River City Rant podcast and, to prove it, here’s the letter that came with the clip: “Marc, I heard you on Dave's Comedy-a-go-go podcast and you were a great guest. I think your podcast idea is such a unique idea and really helpful to helping others weave thru all that's out there. Our Podcast "River City Rant" is dubbed an irresponsible comedy podcast where we simply just rip on anything and everything, one of our favorite segments we do is called Worst Characters, where two of us throw out voices in an improv format. I hope you enjoy and use this clip as we feel it's one of our best. Thank you, Britt Crumley, River City Recordings Radio, Jacksonville, Florida” Thank you, Britt. Without further ado, here’s a sampling of River City Rant. 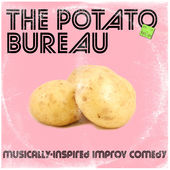 The Potato Bureau
Once upon a time there was a show out of Sacramento, California, called the Van Full of Candy podcast. Fresh episodes stopped showing up in the early months of last year but the guys connected to it – a bunch of sketch and improv performers – have branched out in new and different ways AND other podcasts. We featured a clip from STAB! back in the fall and now here’s a clip from another show called the Potato Bureau. Fun concept – let me read from their iTunes description: The Potato Bureau is a musically-inspired improv podcast, recorded live at the Sacramento Comedy Spot. Every show features a local musician or group performing on stage for the audience. They give the Bureau a few songs and stories, and the Bureau uses those nuggets of inspiration to take you on a (sometimes crazy) audible journey. The cast of the Potato Bureau is  Corky McDonnell, Zach Coles, Tina Jett, Eric Barger, Michell Petro, Molly Doan, and Court Hansen. Here’s a sample of what they sound like in action…

The Mike Jolitz Show
When I guest on other podcasts, like Dave Nelson’s Comedy A-Go-Go show, I often talk about how one of the shining benefits of the medium of podcasting is that the barrier of entry is so low that pretty much anyone can do it. You just need a mic, something to record with, a smattering of knowledge how to get what you record online, and an idea for the show. A lot of the shows we clip are hosted by comedians or other well-known entertainers and it’s clear some of those production budgets are decently sized. I was recently DM’ing with Mike Jolitz on Twitter and he’s a one-man operation, that podcasting-from-the-kitchen-table model. I’m not sure what the size of his listenership is yet and he’s still feeling his way into his sound. So I thought we’d give him a shout out and play a clip from The Mike Jolitz Show. Here he is, giving his take on the news…

That’s going to do it for Epi124 of Succotash Clips. Thanks for listening, or whatever it is you might do while I’m talking and playing clips. Fingers crossed that upcoming Epi 125 is a Succotash Chats show and my guest will hopefully be Michael Ian Black. We’ve never met but we both wrote movies identically titled Wedding Daze. He directed his and mine was on TV, and they both currently have 5.7 stars on IMDB. We’ll talk about that and more so be sure to pass the Succotash!