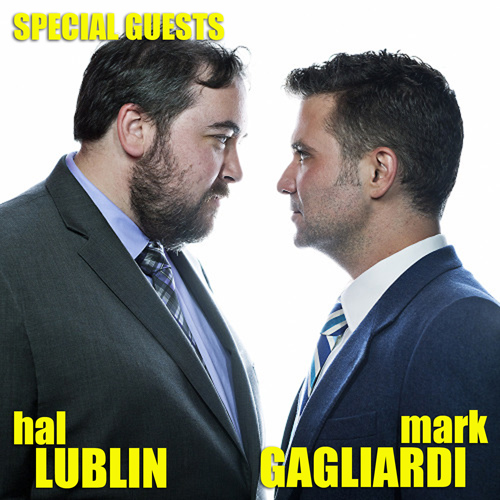 Hello, everybody. Yes, it is me – Marc Hershon – your host and no deposit, no return container for Epi 126 of Succotash, the Comedy Podcast Podcast. I THOUGHT this was going to be an edition of Succotash Clips. I mean, our Associate Producer Tyson Saner has harvested a bunch of beauts and I have some I’ve scraped up off the podcast factory floor as well. But I’ve been so pressed for time in the “real world”, with my job, and side projects, that I haven’t had time to cobble them all together decently.

So, instead, I’m proud to bring you another installment of Succotash Chats, where we talk to interesting podcasters, comedians, comedian/podcasters, and other show biz folk.

Before I get into the guts of THIS show, I wanted to let you know about the special LIVE recording of a Succotash Chats we’re doing this coming Friday night, February 5th, in Los Angeles! That’s right. LIVE at The Comedy Lab next door to the world famous Improv on Melrose Avenue in West Hollywood!

My very special guests will be Dana Carvey, Rick Overton, and Wayne Federman — all past guests on this show — and even Bill Heywatt, our esteemed booth announcer, is making the trip to be on this episode. There’s also a good chance that Mr. Carvey will be joined by his two sons, Dex and Tom, who are also now doing comedy and busily immersing themselves in the Hollywood experience.

If you’re in the area, tickets are FREE, but the catch is they are only available at the door – nothing in advance – and when they’re gone, that’s it. The Comedy Lab holds 60 seats. You CAN get more information about the show at http://hersh.co/SuccotashLive020516. If you’re driving and can’t jot that down, visit out homesite, at http://SuccotashShow.com, and click on the show link in the blog entry for THIS show you’re listening to right now.

But that’s then – days away. Right NOW is when you’re listening to this, and our special guestS this episode – that’s right, GUESTS, plural — are Hal Lublin and Mark Gagliardi. You probably know those names best from their time served on the Thrilling Adventure Hour, stage show and podcast. But for the past year they’ve been doing their own thing, their own very fun thing, the podcast called We Got This.

The guys were recently in San Francisco for the 15th editon of our annual Sketchfest here. We've spoken with Hal for the past three years but this time I was able to sit with both of them and talk about their show and a number of the other fascinating projects they're each involved with. PLUS the gents indulged me and did a mini-version of what they do on their show when I asked them to decide which was better for our show: Clips or Promos. Their decision was swift and, as you'll hear them declare, binding.

In addition to our interview with Hal and Mark, we’ve got a double dose of our Burst O’ Durst with political comedian and social commentator Will Durst, a new weird song from our friend Abner Serd (accompanied this time out by friend Kitten Caboodle), and an abbreviated version of the Tweetsack, our exclusive segment looking at tweets, emails and the like. And this episode is brought to you by Henderson's Pants and their line of Bitchin' Britches trousers.

Just a reminder that this show happens through the good graces of your generosity. And there are several ways to lavish us with your largess. Simply by clicking through to our homesite, at http://SuccotashShow.com, you can click on the friend Donation button, or shop at Amazon through their banner at the top of our page (which automatically shaves off a tiny percentage of whatever you happen to buy on that visit and pops it into our pocket…) OR you can shop in our Succotashery for t-shirts, mugs and the like with our logo and other Succotash-related stuff.

That's everything we have in store for you this episode. Thanks again to our special guests Hal Lublin and Mark Gagliardi. And don’t forget the LIVE recording of Succotash coming up THIS Friday, February 5th, at The Comedy Lab next to the Improv on Melrose Avenue in West Hollywood! My guests will be Dana Carvey, Rick Overton, and Wayne Federman.

If we don’t see you there, we’ll see you here – or wherever it is you got this episode from – next time. Until then, thanks for passing the Succotash!