Yes, it’s me. Marc Hershon. Your host and cruise director for Epi112 of Succotash, the Comedy Podcast Podcast. 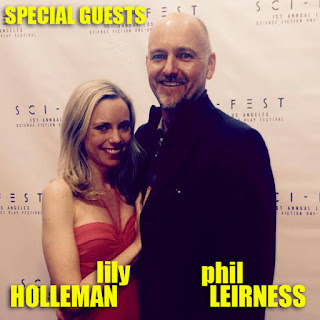 This is a Succotash Chats episode, featuring a delightful conversation with our Special Guests: Phil Leirness of The Chillpak Hollywood Hour and Lily Holleman, one of the two hosts of a brand new podcast called Am I Right, Ladies?

We recorded the chat on their lovely rooftop at the edge of Hollywood as the sun was setting, drinking martinis. I think this is the most civilized episode of this show recorded so far. (Please forgive the occasional gusts of wind, traffic noise, and sirens that make listening a bit of a challenge during portions of the interview…)

I've featured both Phil and Lily on the show before but it's been a while and this is the first time that we've had them on doing a "team interview". In addition to Phil's long time co-hosting of Chillpak — now into it's ninth year – he is a filmmaker, an acting teacher, and a violence prevention specialist. Lily is a film producer, a stage and screen actress, a writer, and the toast of the 90-year-old Los Angeles Breakfast Club.

One of the other reasons I was doing the "SoCal Shuffle" this weekend is to hang out on the Grabbing Lunch podcast with Matt Knudsen, where I’ll be dining with him and the co-host of the Pop My Culture podcast – and past Succotash guest – Cole Stratton, later today. I’ll let you know when the episode of Matt’s show drops.

In addition to our convo with Phil and Lily – or “Phily”, to give them their appropriate Hollywood “Power Couple” portmanteau – we’ve got some delicious Burst O’ Durst with our resident political comedian and social commentator Will Durst. Iin fact, we have a double dose o' Durst — the first segment deals with the fracas over the Confederate Flag, while the second is Will's observance of the 4th of July holiday in the US of A. 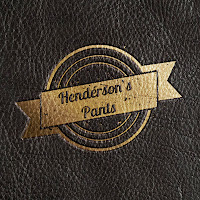 We also have an ad from Henderson’s Pants – this episode is brought to you by Henderson’s new Pain Pants. We’ll dip into the ol’ Tweetsack. And we DO have a couple of clips – I know it’s a Chats episode – but these clips will be from the shows of our two guests.

On the podcast review front, just to keep you up to speed, this past week I reviewed a somewhat silly podcast called Hello From The Magic Tavern, a show featuring sort of D&D characters that are actually hosting a podcast rather than adventuring, and it’s actually pretty funny. I’ll clip ‘em the next Succotash Clips epi. And I also mentioned a couple of other p-casts: A new one to me called You Better DON’T and a special extra episode of Welcome to Night Vale. You can find those reviews and mentions up at Splitsider and Huffington Post.

Next episode will be a Succotash Clips show. We've already got a full rack lined up but it you're a comedy podcaster and would like us to feature your show, you can upload a 3-5 minute MP3 clip directly to us at http://hightail/u/succotash.