I always miss our engineer/producer Joe Paulino and the comfort of the awesome Studio P, but a little less so this show because Succotash Epi25 comes directly from the Four Seasons Resort on the island of Maui, Hawaii! No special reason, other than the fact I got a chance to hop over to the islands with friend-of-Succotash Dana Carvey as part of my celebrity ride-along program. It won't sound any different, unfortunately, but you might be able to hear the exotic birds squawking in the courtyard out the window. 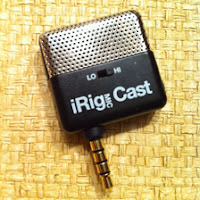 Actually it DOES sound a little different in one regard: I recorded my tracks with the snappy new iRigMic Cast from 1K Multimedia - a tiny little microphone that plugs directly into the input jack on an iPhone, iPad or Android. GREAT for poddin' on the road!

We start off with a Kickstarter update from the X-Files Dean Haglund, who is THIS close to reaching his $7000 goal in order to get his Shock N' Awesome graphic novel off the ground. Just a few days left and, if he DOESN'T get the 7G's, he gets nothing. So start clickin' and kickin' right now - hit the link over in the right hand column of the blog or just click right here. 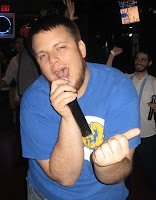 Our special guest this epi is Rich Pinder, one-quarter of the podcast team known as The Anti-Semantic Show. I had a nice chat with him via Skype this past week and we hit on podcasting in general, the equipment his guys use, the prep they do (and DON'T do for the show), and just how this ragtag team of web squawkers got together.

We have a new comedy ditty this epi, Let Your Geek Flag Fly, from John Anealio and his album Geek Dad. Thanks to editing, you'd never I had a hell of a time with the pronunciation of John's last name every time I had to say it...so I left one of the stumbling runs at it in the show. You can find more funny tunage from him at JohnAnealio.com.

As usual, we close out the show with Will Durst who, as the Presidential election looms ever closer, hones his political barbs sharper and sharper. Don't forget to follow him on Twitter @WillDurst.

There are not as many clips as we normally carry this week, because of the interview, but we still have a goodly amount of mostly new (and some old) podcast friends. Who, you're wondering? Take a looksee...

Truth Or Truth
Another podcast with semi-anonymous hosts, Truth Or Truth has John and Brandon at the helm. They're been doing their thing - bantering about news stories, movies, TV, entertainment...in short whatever's going on. Check ‘em out at http://truthortruth.com or on iTunes.

Oddcast Podcast
From over in the UK, Essex to be more precise, comes the Oddcast podcast with Adam Barker, Will and Ash. These guys do a lot on movies, looking not just at new releases but older films as well, and the actors who star or starred in them, too! They've hitched their wagon to the Pod Gods Network and have over a year under their podcasting belts. Homesite is http://oddpoduk.wordpress.com or iTunes.

Monday Morning Podcast
I have to apologize to comedian Bill Burr. I’ve been meaning to play something from his show, the Monday Morning Podcast, for a while but something screwy had happened with my iTunes subscription to it and I wasn’t picking it up every week. (Come on, I have a LOT of podcasts streaming into Succotash Sentral every week!) Funny guy. Funny podcast. Bill Burr. Find him at http://BillBurr.com, iTunes and look for his stuff on YouTube, too!

Mental Overload Show
We play a promo from Jay, Figz and Ace from the Mental Overload show. They sound funny, so check out the show at http://www.mentaloverloadshow.com or on iTunes. 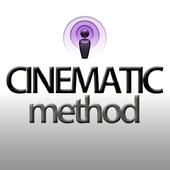 Cinematic Method
We've featured these guys before but Gerry, Chris and Kyle are back. Playing movie clips, reviewing the clips and then predicting where the actual films are going to net out on the Rotten Tomatoes website. Fun premise for a site and guys that really have some nice banter going on. Catch up with them at http://cinematicmethod.com and iTunes.

As some of you know, I'm a regular contributor to Jesse David Fox's This Week In Comedy Podcasts up on Splitsider.com. Or maybe I should start saying irregular — I missed the deadline this week due to my Hawaii trip and by the time I got my review for the Laughspin Podcast #4 submitted, it was too late. Rather than have all that hard work disappear into the ether, I figured I'd drop it in here:

Comedy for comedy's sake has long been the mainstay of the comedy podcast. Interviews with comedians, audio sketchcasts and even improvisation with suggestions furnished via Twitter have all been part of the comedy podcast engine. Now the news of comedy has reached the download stage with the introduction of the Laughspin Podcast. Originating from Laughspin.com (known as PunchlineMagazine.com up until a year ago) and aims to bring its listeners all the news that's fit to chat about in the world of comedy. Including comedy podcasts. Hosted by Mike Gogel, with Laughspin's editor-in-chief Dylan Gadino Skyping in to help, it remains to be seen if there's enough of an audience to sustain what's basically an unfunny take on comedy news. The two guys are pretty engaging but it's not their place to bring the funny. This show's also not going to be evergreen - when news becomes old news, it no longer makes for compelling listening. So its audience is going to catch it fresh each week and the guys are going to have to keep it fresh just as often. In this episode they talk about NBC's comedy-laden upfronts (the annual trotting out of upcoming new shows for the media), as well as talking about the recent passing of East Coast stalwart Rich Ramirez. There is some comedy to be had in that they play a couple of clips each week related to stories. In their fourth episode, Gogen and Gadino mentioned Comedy Central's new show, The Half Hour, which gave them the excuse to play something from Rory Scovel, who will appear in the premiere episode. Can a podcast about the business of comedy sustain itself? Stay tuned.

That's what's the show this epi. We should be coming to you from Studio P next time, and I'm looking forward to a long overdue Boozin' With Bill. In the meantime, enjoy the hell out of this show and please remember to pass the Succotash!