Episode 8 is up (in record time - just was laying it down at Studio P last night - way to go, engineer/producer Joe Paulino!) and not only do we have a whole new passle o' podcasts but this epi features special guest co-host Rob Celli. He's one half (combined with LA-based partner Jason Duplissea) of popular podcast What Duvet Said. (WDS isn't a comedy podcast, per se, but the hosts have a sly sense of humor that touches everything that they talk about during the course of their weekly hour.)

We kick things off with a quick trip through the Tweet Sack (the Succotash version of a mailbag feature), and unveil the new Succotash Hotline number: 1 (818) 921-7212. Then Rob and I launch into a slew of podcast clips, most of them chosen by Rob. (The first pair of segments are features from What Duvet Said — hear Rob and Jason's podcast at www.WhatDuvetSaid.com or grab it from iTunes.) The rest of podcasts, in order of appearance…

• Good Clean Fun
Rob cites this show as one of the inspirations for he and Jason to take their personal conversations online for the world to hear. The hosts of Good Clean Fun, Jasper and Mike, live halfway across the country from each other but that doesn't keep them from convening weekly.
www.rockandrollgeek.com and iTunes

• Gee & Jay Radio Show
The #1 podcast in Belfast? It is to hear these two mates talk about it. It might take a little while to get the hang of listening to their thick Irish brogues (at least to an unpracticed Yank's ear!) Plus it's a kick to hear that Google Plus is getting a workout overseas at the same time as in the States.
www.GeeAndJayShow.com and iTunes 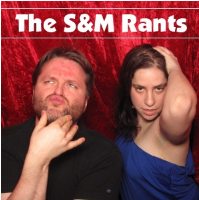 • S & M Rants Podcast
From the website: "“The S&M Rants Podcast is a weekly podcast where Shane Birley and Monica Hamburg talk about weird and amusing stuff. Want to find out more about Chewbacca sex fantasies, Japanese toilets and bad erotica? Wondering who the fucktard of the week is?” In this clip (our last 'duo hosted' show of this edition) the two kick around a news story about a dude who tried to have a prostitute arrested for not putting out to his satisfaction.
www.shanesworld.ca/podcast/the-sm-rants and iTunes

• Comedy Bang Bang
Guest co-host Rob Celli brings in a clip from another show we like hearing from! Scott Aukerman has consistently has great comedic guests and hyperweird drop-in characters. This segment features a mini-reunion of the director (David Wain) and a couple of the cast (Paul Rudd, Ken Marino) of the movie Wet Hot American Summer, released 10 years ago.
www.Earwolf.com and iTunes 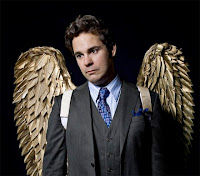 • Comedy Accident
I was happy to feature this clip, provided by the sketch group of the same name from Chicago. In this segment, they have a visit with sketch and improv vets Susan Messing and Greg Holliman.
www.ComedyAccident.com and iTunes

We close out Epi8 with our regular feature, Burst O' Durst, provided every edition by San Francisco premiere political comedian Will Durst. (For more Durst, visit his site at www.WillDurst.com and follow him on Twitter @WillDurst.)

So download a helping from this week's stash, tell your friends and don't forget to pass the Succotash!