This is NOT a full-fledged episode of Succotash, the Comedy Podcast Podcast. It's a 22-minute-or-so freeway ramble from this morning – Friday, October 4th — cranked out hands-free while tooling in early morning sunshine down Interstate 5. 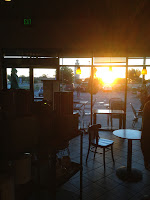 That's when I was on the road - having shoved off at a few minutes past 5 AM - heading for the 2nd Annual Los Angeles Podcast Festival.

Unlike my last I-5 blast - which was more rant than ramble - I just ruminate on a few things around Succotash and podcasts in general. A little self-chatter about where the state of the art form is these days and some speculation on where it may be going.

There are NO clips in this brief "episette", nor is there a Henderson's Pants commercial, a Burst O' Durst or any of the other usual trapping of our show. 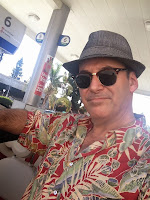 My plan - as I discuss in this epi - is to assemble upcoming Epi71 while I'm sitting in attendance at the PodFest. Hopefully while comfortably ensconced at a table in the "Podcast Lab", but somewhere at the La Meridian Delfina Hotel no matter what. So if you're there and want to see how I assemble a "normal" episode of the show, I'll be making the sausage right there in the open.

Enough babble for a short little epi like this. On with the show!

Oh, and don't forget to keep passing the Succotash!