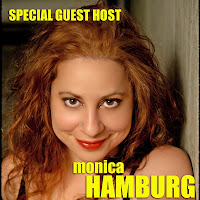 It's not unusual to hear a guest drop by Succotash – podcasters, comedians, actors, etc. – but occasionally I invite some in to be my guest co-host for an episode. We each pull clips from shows we want to share, then we present them to you…and each other, sometimes for the first time. For Epi64, I invited Monica Hamburg, co-host of the Dazed & Convicted podcast from Vancouver, Canada, to spin clips with me.

We had a great time! Such a great time that this edition of Succotash clocked in as the longest epi for us ever - a few ticks over TWO hours! That's a lot of clips, and yakkin' and laughs. You might want to listen to the first hour, take a break and digest, then come back for more. BUT if you think you can finish the whole thing in one sitting…you get it for FREE!

Monica comes from an acting background and she's also a hotshot internet marketer-for-hire when she's not behind the D&C mics with her co-host, Bill Allman. We get into the history of the show, its previous incarnation as The S&M Rants, and the fact that Monica is definitely a true crime junkie. It's the main focus of her show AND it's the core of three of the five clips she's brought to share.

Here's a big thank you to all of those Succotashians who have been dowloading, raiting and reviewing The Comedy Podcast Podcast up on iTunes! This past week, Succotash got up into the What's Hot section, which really helps with our visibility. (So maybe this isn't the best time to crank out a 2-hour epic episode. On the other hand, maybe it's JUST the thing. I don't think anyone knows for sure…)

Here’s the rundown on the latest Top 10 Most Active Shows On The Stitcher Top 100 Comedy Podcast List:

In addition to a whole lot of clips, we have our Burst O' Durst with comedian Will Durst, a song by Ren Faire sensation Hob The Troll, a promo for Mount Us More, the long-awaited music CD from Shunt McGuppin and The Journeymen (better known as the guys from Superego), a commercial for the new Henderson's Poncho Pants, and episode 3 of Boganwood, the Australian podcast mini-series along with a brief lead in chat with creator Jason McNamara.

Dazed & Convicted
Our guest co-host Monica Hamburg provides a clip from her recent Epi100. It's a sketch performed by co-host Bill Allman, Malox, and herself, revolving around a crime in Vancouver that revolved around - somehow - a bag of chips. 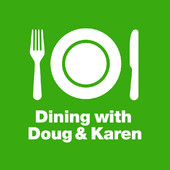 Dining With Doug & Karen
Normally the Karen in the title is comedian Karen Anderson. But she’s on “special assignment” as co-host Doug Benson puts it. So filling in is comedian Karen Kilgariff. Their guest comedian is Dave Anthony from Walking The Room and their guest chef is Shanna Lynn Milazzo from The Belmont in LA. This clip is less than 5 minutes but covers a range of topics – food, kids, pot, and a new sponsor whose viral video spurred Karen’s condition called Don’tClickOnIt-Itis.

Distorted View
A big favorite of our guest co-host, this show proclaims on its site: “The Distorted View Show is a daily comedy podcast hosted by Tim Henson. Every weekday he scours the darkest corners of the web in search of the truly bizarre. He then presents his finds to you, complete with unique (read: crass, vulgar, childish, and inappropriate) commentary. For a half hour each day, sit back and witness this audiophonic trainwreck. After listening, you'll feel much better about your own life.”  Enjoy!

Hobcast
We don't often play clips from the same show two weeks in a row. (Well, except for our running feature on Boganwood…) But last week, Hob The Troll (Steve Doccerson) sent us the wrong clip, which we then incorrectly identified. So we agreed to play the intended clip, featuring guest King John (The Thrilling Adventure Hour's Mark Gagliardi). It's a podcast. He's a troll. What more do you need to know? 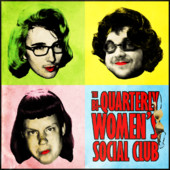 The Bi-Quarterly Women’s Club
The hosts (and their tech guy) are four of the ugliest women I've seen, but that could be because they're dudes: Chris Wilding, Slako, Dylan, and Max. In this clip, they’re at the court, at the preliminary inquiry of “alleged” Canadian serial killer Luka Magnotta. Luka Magnotta fainted during the hearing. So when the trial paused for a bit, the BQWB used the break to interview people supporting not the victim, but the killer.

Kickin’ It Mary Lynn Style
Hosted by comedian and actress Mary Lynn Rajskub who you should recognize from TV's 24 and also The Larry Sanders Show, has her own p'cast over on Nerdist. (Lucky Nerdist!) One guest a recent episode was actress Casey Wilson, who has a new movie coming out and who was recently on the ABC series Happy Endings. They get deep-ish into the subject of auditioning. 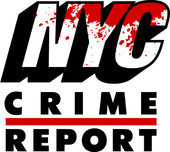 The New York City Crime Report with Pat Dixon
Hosted by comedian Pat Dixon, along with producer Marcus Parks and guest Dave Rosinsky. As their website proclaims: “Crime might be down, but it sure isn’t out. This is the only podcast that gives you all the information on New York City crime, court and killers at large.”

Lost Moon Radio
Lost Moon Radio features the sketch comedy group of the same name, out of Los Angeles. I played a clip from one of their first episodes and, I’m happy to report, they’re still funny! In this clip from Episode 8 entitled Hauntings, we catch up with a group of young campers on their closing night bonfire. 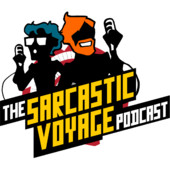 The Sarcastic Voyage podcast is a biweekly endeavor by Ron “AAlgar” Watt, with Matt Rowbotham and a supporting cast of voice actors and contributing writers. It is largely comprised of prepared material (sketch comedy and comedic serials), which are linked by short “host segments." The clip Monica shares with us features the conversation between a couple of servants working the never-ending party at Jabba The Hutt's hideout.

RISK!
Kevin Allison hosts the weekly storytelling podcast “where people tell true stories they never thought they’d dare to share in public." Guest Julie Threlkeld tells the story of “Mom and the Bomb”. She begins by talking about the difficulty of coming as a teen as a lesbian to her mom, who didn’t approve (“You’re having sex with a woman?!”) Later on that same life, things got weird.

If you like your podcasts long, then THIS is episode of Succotash you're not going to want to miss! We're happy you're here and we'd love to hear from you! You can write me at marc@SuccotashShow.com. You can leave comment on our Succotash Show page on Facebook. You can also call out Succotash Hotline: (818) 921-7212.