Welcome to Epi60 of Succotash, the Comedy Podcast Podcast! I feel like celebrating every ten episodes we get further down the podcasting road. And I hope you're enjoying listening as much as I enjoy putting this thing together. 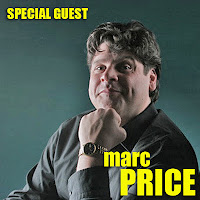 While we're got a few comedy podcast episodes to share this week, the bulk of Epi60 is given over to an interview I did recently with Marc Price. Yes, THAT Marc Price. Stand-up comedian since he was 14, an actor, a producer, and still most often recognized for the seven years that he appeared as Irwin "Skippy" Handleman on NBC’s Family Ties.

Marc was passing through my hometown of Mill Valley a couple of weeks ago and played a Tuesday night at the 142 Throckmorton Theatre as part of the Mark Pitta & Friends show. I hadn’t seen him in quite some time so I was able to not only cajole him into sitting down and catching up, but doing so in front of our microphones. He's had a number of TV, movie and web opportunities over the years but, in hearing him tell his tale, the success brought into his life by Family Ties starting at the young age of 14 overshadowed a lot of other efforts.

He was on a bit of a soul-searching trip along the West Coast, driving from gig to gig to get away from some hassles at home which he delves into during our chat.

I didn’t do The 10 Most Active in the Stitcher Top 100 Comedy Podcast List last show, Epi59.5, because it was a special shortened show, but things have continued to slide around on that list without us so let’s take a look… 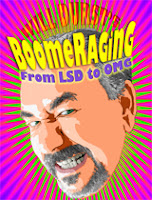 In this week's installment, Raging Moderate Will Durst looks at The Tangle Tango, in which our intrepid correspondent tries desperately to extricate himself from the sticky embrace of two of America’s least favorite organizations. (Also: If you're going to be in the San Francisco area, be sure to catch Will's new one-man show BoomeRaging: From LSD to OMG, Tuesday nights through June 25th at the Marsh Theater.)

Here's The Thing
Now that 30 Rock has finished, I guess Alec Baldwin’s podcast, Here’s The Thing, is all he has left. That, and Capital One commercials. His guest is veteran actor Stacy Keach and we've clipped a bit where he talks about taking on Shakespeare’s role of Falstaff when he was only about 30 years old, and the craziness of trying to star in a movie while commuting to Central Park at the same time. (BTW, I’m reviewing this particular episode for This Week In Comedy Podcasts on Splitsider.com!) 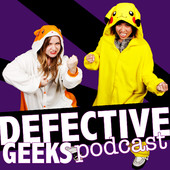 Defective Geeks
I saw the hosts of Defective Geeks, Gizzy and the Space Pirate Queen, a few months ago in LA at a show that Chris Gore from PodCRASH was having at IO West. Their podcast is a little unusual in that it features them: two LADY nerds who aren’t afraid to show it let their geek flag fly. In recent Epi118, they welcome the creator of web series Super Knocked Up, Jeff Burns, along with actors Jourdan Gibson (Darkstar) and Mark Pezzula (Captain Amazing). The series features the domestic disaster of what happens when a super hero and a super villainess hook up and he gets her pregnant. 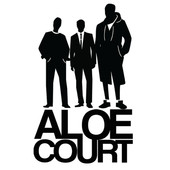 Aloe Court
Here's the story of this podcast. Once upon a time, it started out as Cinematic Method, a show where the hosts reviewed movie trailers. That's right. Not whole movies, just the previews. They then guessed how well the movie would do over on the Rotten Tomatoes website.  But three of the guys - Kyle Coleman, Chris Russell, and Gerry Carey - decided to switch formats, focus on the funny, and do away (for the most part) with the movie talk. Does it work? Have a listen…

And that's pretty much the story for Epi60 of Succotash, the Comedy Podcast Podcast. Bill Haywatt, our booth announcer, is on vacation this week, which means I had to do the Henderson's Pants commercial myself. But our esteemed collegue returns next episode for another installment of Boozin' With Bill.