Welcome to Epi59 of Succotash, the Comedy Podcast Podcast once again. This episode we’ll be paying visits to some old friends. Why? Well, I’ve been playing a lot of clips from new shows – new in the both the sense that they just started podcasting and some new in the sense that I just am getting around to them even though they’ve been online for a while.  So I figured we should drop in on some podcasts and podcasters we've clipped previously and see how they're sounding. 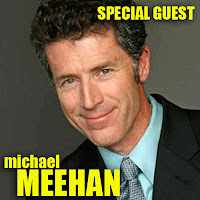 I also have an interview with Special Guest Michael Meehan, who is a San Francisco-based comedian, actor and now movie maker. I talk with Mike while eating at a really noise Chinese restaurant in the Marina District about Hey Monster, Hands Off My City!, the feature-length comedy he’s directing and has an IndieGoGo campaign for to help foot the bill. Which means there is still time for YOU to get involved, kick in some dough to help out and - if you get really generous, get yourself a juicy onscreen appearance in the movie!

There's a link to the 15-days-left-to-go IndieGoGo campaign over on the right hand side of our homesite at SuccotashShow.com. (We kicked in $50 - why wouldn't we? Mike bought dinner, after all...) And I'm embedding the teaser video for Hey Monster, Hands Off My City in the body of the blog below.

Mike and I talk a bit about standup and some sketch comedy he did with his two brothers awhile back but, because we're mostly focusing on the movie, I'll be inviting him back to spend more time talking about comedy and his take on podcasting as an extension of some comedians' careers. 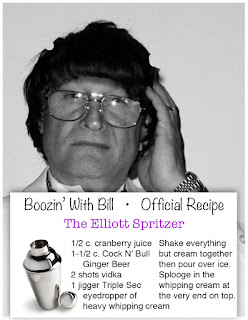 This epi sees a new Boozin’ With Bill segment. This time he's got a nice summer cooler of a drink that he whips up (with no blender mishap like last time!) and he'll tell you how to make an Elliott Spritzer, in honor of the besmirched prostitution customer and former governor of New York, Elliott Spitzer. The recipe is included right on our homesite, should you be brave enough to attempt whipping up one of booth announcer Bill Haywatt's concoctions.

CHILLPAK VS SUCCOTASH: WE WIN!

After months of playful back-and-forth mentions on each others' podcasts, it seems that Dean Haglund and Phil Leirness of The Chillpak Hollywood Hour dropped the bal due to Dean having to leave town suddenly and the guys having to play a pre-recorded show that pre-dated our tete-a-tete. Rather than be a sore winner, I talked with Phil at lenght  the other night about that and other things. It was too long to include in THIS episode of Succotash, so I will make it the focus of an upcoming Succotash Special Edition: Epi59 that I will drop in a few days.

I'm enjoying the fact we moved away from a standard Top 10 list to feature, instead, the shows showing the most movement - up OR down - on Stitcher's Top 100 Comedy Podcasts list. Just wanted to thank Ed Wallick of the Don't Quit Your Daycast for suggesting the idea. Here is this week's rundown: 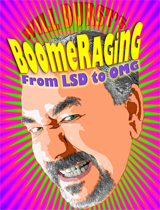 This week's installment features  our Ambassador to the Middle Will Durst picking on those he calls "The Batty Battalion" of Obamanators. (If you're going to be in the San Francico area, check out Will's new one-man show BoomeRaging: From LSD to OMG, Tuesday nights through June 25th at the Marsh Theater.)

Tiny Odd Conversations
ravis and Brandi Clark just hit their 100th episode! There was a time about 50 or 60 epis ago when they were ready to hang it up for fear they had nothing left to say. Obviously, they found some new stuff to talk about. I’ve had a several opportunities to meet up and hang out with them and they are a delight, as you may be able to glean from this exchange clipped from TOC Epi100… 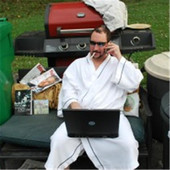 Dylan Brody's Neighbor's Couch
Darren Staley is a podcast host I’ve NOT had the pleasure of meeting personally but we have cross-tweeted a lot and I’ve clipped his show a few times on the show before. He's a nice guy – Dylan Brody even told me that himself – and the audio quality on his show has gotten WAY better since he first put voice to mic. Here’s part of his chat with writer and a producer of Everybody Loves Raymond and a bunch of other stuff, Lew Schneider. 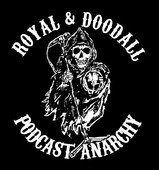 Royal & Doodall
After I got my t-shirt and a nice note from Tommy Royal and Angus Doodall over at the Royal & Doodall podcast, I mentioned I’d play a clip form their show, which we hadn’t visited in a while. To my surprise, they hadn’t DONE a show since March. Never fear, they’re still around and finally dropped show 59.1 a few days ago. Tommy thought he should catch Angus up on what he’d been missing… 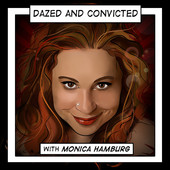 Dazed & Convicted
Last episode I mentioned that I would clip Dazed & Convicted by friend-of-Succotash Monica Hamburg and so I did. She and co-host Bill Allman podcast out of Canada, where they bring up some freakish crime stories, do some sketches around them, then bring in a comedian to help determine their “Fucktard Of The Week”.

That's all for now. Like our Facebook page. Rate us on iTunes. Thumbs up us on Stitcher. Buy some merch. And, above all else, please remember to pass the Succotash!