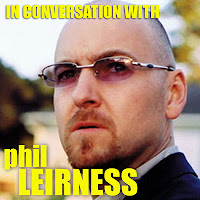 Warning: This is not a regular edition of Succotash, the Comedy Podcast Podcast. It's Epi59.5. Anytime we do a ".5" edition, just figure it's something off the rails. In this one we have no clips. No regular features. Not even our TweetSack. (Oh, wait - there is one regular feature: Our Burst O' Durst is coming up at the very end of the show!)

Regular listeners to the show over the past couple of months have probably noticed a preponderance of mentions, clip and cruel japes aimed at the Chillpak Hollywood Hour podcast. And they've been flinging it right back at us. It's all be in good fun - the hosts of CHH (Dean Haglund and Phil Leirness) not only have become good friends of mine personally, but theirs was the first podcast I started listening to on a regular basis. Now in their 7th year, I have dubbed them "podcast royalty", a dubious distinction that they nevertheless wear with honor.

This past week saw the Chillpak boys MISS their opportunity to hit me back. Dean's father was ill and off Dean went to visit his dad in Canada. This necessitated the playing of a pre-recorded CHH. A pre-recorded version in which they didn't mention Succotash.

So…we WON! There were no rules stated at the outset of our friendly competition, and no prize money at stake. So we did the next best thing - talked about. So the bulk of what you're in store for is Phil Leirness and I engaged in conversation about out little back-and-forth as well as a number of other topics. Phil is an avid conversationalist and, rather than just have him waste his breath on me, I'd prefer to share him with the world.

So here he is. If you like what you hear and haven't caught Chillpak Hollywood Hour own podcast, you owe it to yourself to do so. You'll find them over at ChillpakHollywood.com, iTunes, Stitcher, Jackalope Radio, The Talk Superstation...you'll find 'em

The other thing I popped into this special edition is a quick call into the Succotash hotline from Davian Dent, host of The Bitter Sound podcast and COhost of the Strange Times podcast. I wanted to make sure we gave ol' DD a little extra air because he's currently got me up as his special guest on Epi9 of The Bitter Sound - check it out!

Finally, we DO have our regular installment of our Burst O' Durst will political comedian Will Durst, talking about the Bengazi debacle along with a flurry of other issues buzzing President Obama like tiny drones.

Until our next FULL-sized Epi60, please remember to pass the Succotash!