Greeting, Succotashians, and apologies for the late droppage of Epi56 of the Comedy Podcast Podcast. Due to travels and a bum external hard drive, I've been hard-pressed to pull it all together for this one, but it's finally happened. 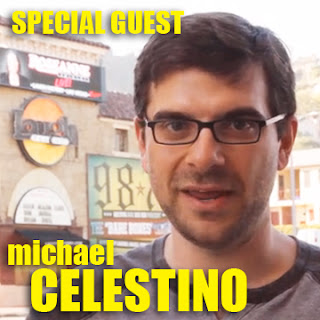 Those who listen regularly have discovered that, as much as this show is dedicated to podcasts of the comedy variety, we also split out interests amongst both podcasts in general and comedy in the larger sense. Particularly where our interviews are concerned. This episode features a quick chat with filmmaker Michael Celestino, who is in the middle of a Kickstarter campaign to raise $50,000 to fund his latest project, That's Not Funny, where he looks at why and how people find various subjects offensive, especially when coming from a comedian expounding on the topic.

The trailer that he put together to kick off the project already features some well-known and outspoken comic types, including Paul Provenza, Greg Proops, Jackie Kashian, Emery Emery, and Kyle Kinane. Have a listen to our epi, take a squint at the video we've embedded on our homesite here at http://SuccotashShow.com, and then click on the link to throw a few bucks Mike's way to help make this important film a reality.

Here’s the latest of The 10 Most Active in the Stitcher Top 100 Comedy Podcast List!

Our regular blast from Will Durst is all about the opening of baseball season. (The one thing that worked out by this episode being late is that Durst is technically off this week, fine-tuning his new one man show, BoomerAging - From LSD to OMG, that debuts shortly on Tuesdays at the Marsh Theater in San Francisco. Get more details at WillDurst.com!)

The Standup Chronicles
Host Adam Harris sent along a clip of his chat with comedian Dave Coulier. Most people know him from the Full House TV series, but he’s been doing standup for 30+ years and even appeared on The Tonight Show back when Johnny Carson was the host. Dave recounts the lead up to that experience. 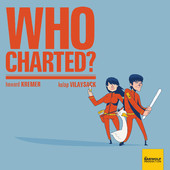 Who Charted?
Here's a show that's over on the Earwolf network that’s very popular – sorry to take so long to get around to it! The show’s main focus is to tell you what’s hot and happening via various charts – movies, music and more. Hosted by Howard Kremer and Kulap Vilaysack, their guest is the very funny, very dry, very cool Matt Walsh. In the clip, Matt and Howard exchange stories about getting scammed for pot and tickets.

The Fogelnest Files
Another offering from Earwolf is Jay Fogelnest's show, The Fogelnest Files, that aims it's humor and analyses on a variety of topics. Our clip featuring him and guest Gabe Delahaye talking about a guy doing a YouTube review of the scorpion jacket from the movie Drive. 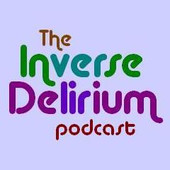 Inverse Delirium
Friend-of-Succotash Geoffrey Welchman sends along a sketch from his Inverse Delirium podcast that I'm just calling "The Doctor Sketch". He's also got a great chat with Lewis Black on Epi61 of ID, so check it out.

Wrong Foot Podcast
We have a second sketch for this week's show - makes for a nice break from all the pop culture/news yak fests going on in Podcastland, doesn't it? The folks over at The Wrong Foot provide a little something from Epi91, their Baseball Episode. It feels a little like some classic Cheech & Chong. Since I mangle the Wrong Foot cat members names in the podcast, htere they are in text form: Weston Prescott, Janice DelDubio, Ray Hemerley, Gail Wavenly, Antonio Belia, S. M. Rombarawitz, Loren Schofield, Gene Dale, Richard A. Goldberg, Lydia Linda Lorna, and Pierre Vuilleumier.

Dorktown
The Dorktown podcast is out of Fresno, CA, Bells, Mikey, and Becky talk about a lot of stuff and have their own Top 25 podcast ratings on their homesite, a rating that changes every month. (Happy to see us sitting at #5 in March!) Our slice from a recent episode features the trio in a the classic debate: Kegstands vs Beer Bongs.

The Firnecast
Host Dan Firnekas and Mandy Firnekas are a brother/sister team and this epi does family to the third power when they add guest (and dad) Allen Firnekas. They're out of Wyoming, which is may go down as the birthplace of something clipped from their show - Karaoke Rap. Especially as done by the senior Firnekas. 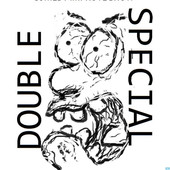 The Double Special Show
Although it's referred to as a "weekly comedy radio show" by host Chris Gorges, Jordan Lee & Tiffany Barbee, it seems like a podcast to me. Out of Tampa Bay, Florida, they have call-in guests, snipe at pop culture and also go after those news stories - such as the move to offer police protection to punks.

That's the rundown for Epi56. Hope you enjoy our clippage and other stuff this week (including a fresh commercial from Henderson's Pants!)

Thanks for passing the Succotash…