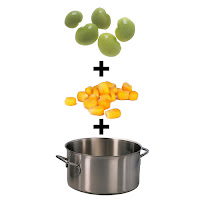 For Epi54 of Succotash, the Comedy Podcast Podcast, we wade back into the clips and there are a bunch from shows that we’ve never played before.  Some of those are part of the lineup at RadioFUBAR.com so I decided to do a "mini-featurette" by playing a quartet of FUBAR clips, courtesy of Mr. Producer over there.

Sidenote of note: I make it a point on this show to pretty much play the samples from different comedy podcasts without much commentary – unless it’s about how they sound technically and whether I think they should work on that – but the reason is to let YOU hear them and set you off on a voyage of discovery…or not. It’s funny but in 54 episodes of doing this show, I have yet to ever hear from a listener whether you like or dislike a single show that that's been featured.  Of course, some of the shows I clip come from YOUR suggestions, so those would be “Likes”, of course. Other than than, no one’s ever emailed or tweeted or commented on the home site about shows they either liked or didn’t like. Feel free to do so, if you want.

(The above is not entirely true, as I do hear from people occasionally that let me know that they got turned onto a specific show they might not have otherwise found.)

Yes, it's true. The graphic artists down in the Succotash Art Department put together a new image this past week and we’ve got it up on our merch in The Succotashery. It’s the two most basic ingredients of succotash: Lima beans + corn + a pot. There are no words so you have to do the math yourself wto figure out that the answer's Succotash. Although on some of the t-shirts and the tote bag we have the classic Succotash logo on the other side. Just click on the Succotashery link on the website to grab yourself some of our hot new look.

Here’s this week’s The 10 Most Active in the Stitcher Top 100 Comedy Podcast List:

Most comedians with podcasts get to use them as a way to plug upcoming shows. Now I get that chance! I'm performing in a new style of live show we're calling Speechless and we have a kind of "beta test" version going up next Friday night at the 9th Street Independent Film Center at 145 9th Srteet (at Minna), Suite 101, in downtown San Francisco. It's a little like a Powerpoint-based version of the Set List Show, except our performers have to deliver a presentation on a random topic which they then have a set of never-seen-before random slides in a PowerPoint deck. The show's at 8 PM, tickets are $10 in advance and $15 at the door.

Then on Monday, April Fools' Day, I'll be appearing with the April's Fools Show at the 142 Throckmorton Theatre in downtown Mill Valley. The show features the likes of our own Will Durst as well as Johnny Steel, Bob Sarlatte, Michael Bossier, Dick Bright, and a bunch of other funny folks doing spoken word, standup, music and maybe a little improv, too! That show starts at 7:30 PM and should be a lot of fun.

Because this epi is dropping a little late, we have TWO Bursts O' Durst with political comedian Will Durst to play. So I'm playing one near the top of the show and the second in Durst's usual position as the headliner for the show.

At the end of this episode's TweetSack section, I feature Wine & Twitter, a new song from sci-fi/comedy songster John Anealio. He's making this single free to download as well, just by going to http://Jon Anealio.com! 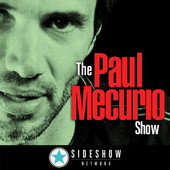 This new show by comedian Paul Mecurio is on the SideShow Network and the clip we have, from Epi7, is Part Two of his interview with Lewis Black. It’s a great interview and I did a review of Paul’s show last week for This Week In Comedy Podcasts on Splitsider.com.

The RadioFUBAR Mini-Featurette Set
I got an email a couple of weeks ago from Frank, AKA “Mr. Producer” at RadioFUBAR.com where they have a lot of podcasts on their roster. So I said send me a few clips and I'll play a sampling from their lineup. Here are the four we're showing on this episode:

The Matt Ruefer 4 Hours of Power One Hour Podcast
This show features Matt Ruefer, Pete, Jacob and Mr. Producer as they talk about anything and everything (mostly nerdy.)  They almost always talk about Star Trek, Star Wars or some other nerd stuff. In this clip, the guys talk about the leak of the original star wars cast have been cast for the new version. They play on RadioFUBAR.com Wednesdays at 9pm Central.

Chick n’ Dick we have actually featured on Succotash before. The co-host, John, used to be part of a duo that did a show called the Truth or Truth Podcast. Chick n' Dick is another "stream of conscience" podcast with John and Tara, a husband and wife team, along with their friend Uriah. They are LIVE on RadioFUBAR.com Saturdays at 7pm Central.

Uniformed Opinions
Uniformed Opinions, while not technically a comedy, is four veterans (Ben, Noam, Frank and Silent Dave) from different services talking about different stuff.  They give their opinions on different things from a veteran's point of view.  The show tends to be funny because they use typical military gallows humor. It plays on RadioFUBAR.com Wednesdays at 7pm Central.

So that's the mini-featurette lineup from RadioFUBAR.com - hop on over to theri site and check out all their offerings!

Sal & Angelo Podcast
Sal Calanni and Angelo Lorenzetti are San Francisco comedians and they’ve been interviewing mostly comedian from the area, including those who have done well, moved and then come back to eitehr work, visit or live. Sal recently interviewed Kevin Avery, who has been working as the head writer on W. Kamau Bell’s Comedy Central Show Totally Biased.

Into Your Head Podcast 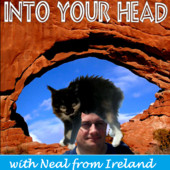 Into Your Head is a podcasts is out of Ireland and host Neal (that's all - just Neal) has cranked out 670 episodes. It's amazing that it's taken me this much time to get around to clipping it. Good stuff - his delivery reminds me a bit of an Irish version of comedian Emo Philips.

Podcheese
Another show I’ve been wanting to get on is Podcheese. One of the co-hosts, Benny Michaels, made it too easy NOT to clip them this episode by sending in a clip featuring what he says is a showcase of he and fellow co-host Josh Bennett's "masterful" improvisational skills.

That whole pile of clippage is for you. Please remember as you carry those out into the world, to remember to pass the Succotash!

Neal from Into Your Head

nine and a half years ago

Thanks for clipping my show!