Greetings, Succotashians! I think this may be a record of time between episodes for the show. Apologies for the delay. Work, mostly, and I'm three weeks into a new diet which took some reconfiguring of my energy reserves to get the show done.
Good news is that the diet's going well - dropped about 15 pounds in 3 weeks - but now Succotash is bloated. This week's epi runs about an hour and 15 minutes. We have much clippage to share, a funny song by Britcom Isabel Fay that's burning up the internet, a classic spot from our friends at Henderson's Pants, and our Burst O' Durst with our Ambassador to The Middle WIll Durst.
The core of our show this time around is my interview with Hawaiian comedian David Lee. 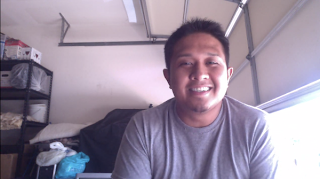 I first heard about David from his father when I was vacationing on Oahu last year. His dad's a bartender at the Outrigger Canoe Club and as we got to talking, he seemed a little less than pleased that his boy was pursuing the comedy, and was doing it in Colorado Springs of all places. Being a supporter of those who have chosen the noble profession, I was determined to get David a little attention, so I tracked him down and we got this epi's interview recorded via Skype a few days ago.
His journey to the comedy stage is an interesting one, especially when you consider that not many stand-ups get their start as a drug dealer. David reveals that and more in our chat.
I wanted to give a nudge to some of the places you can get Succotash nowadays, in addition to the omnipresent iTunes. Stitcher Smart Radio is a great way to stream our show to your device, whether you're on an Android or iOS gadget. And each episode gets rebroadcast over at Clutch & Wiggle Entertainment Radio, so you can pick us up there. Then there are a couple of other apps to check out as well. I've been talking up Podbay, which taps directly into iTunes' podcast library and stream whatever you select to your iDevice. And now Apple has just launched their own podcast app, which allows you to select, stream and/or download your favorite shows.
Enough biz. Let's get to the stuff. Here's what's what on Epi28:
Probably Science
Your affable podscientists Matt Kirshen, Brooks Wheelan and Andy Wood return, along with their guest Bil Dwyer of TV's Battlebot fame. Thesse guys have such a good time kicking around some every day sorts of stories that this clip doesn't even get into the meaty, sciencey part of the show. (Incidentally, I'm reviewing this particular epi of PS as part of This Week In Comedy Podcasts over on Splitsider this week!)
I Am Idiot
Howard, Ben and Keith continue to crankout the p’casts and give us Yanks hope that not everyone in the UK is as sophisticated and cultured as that English accent would have us believe.
Proudly Resents
Billing itself as “The Cult Movie Podcast”, this show tends to be pretty funny, thank to host Adam Spiegelman and his guests, who are frequently comedians. In this case, guest Bobcat Goldthwait gets together for Part 1 of a two-part interview. The clip we have features Bobcat talking about how some famous people got in (and out) of his directorial debut, the cult curio Shakes The Clown.
Rob & Joe Show
Rob Maher and Joe Robinson do their show live every Monday night on http://RobAndJoeShow.com. They’ve got features and guests, just like a real radio show. In the clip they've sent along, they’re talking about a potential new snack food: Dolphin!
Sal & Angelo Podcast
Local (to me) podcast by San Francisco comics Sal Calanni and Angelo recently featured an interview with standup Kellen Erskine. We feature a clip with Kellen relating his perspective on the topic of auditioning for TV shows like Last Comic Standing and America's Got Talent.
Thank You Hater by Clever Pie & Isabel Fay
People complain that the internet has become a place where people get away with posting outrageous things to others, mostly because they’re anonymous and there’s no retribution. Isabel Fay is a comedian in Britain who has decided to go after her faceless detractors in song. I wonder how many of the trolls Isabel is talking about in Thank You Hater have seen her video?
Electric Bonnoland
Comedian/musician/artist Chris Bonno has done audio podcasts before but Electric Bonnoland is video and truly weird. Chris’ guest is friend-of-Succotash and TV’s Dean Haglund, from the Chillpak Hollywood Hour. We've got the meaty part of the audio on our podcast, but Electic Bonnoland has to be seen to be...seen.

Mimberz & The A-Hole
I don’t know a lot about Mimberz and The A-Hole, a couple of guys podcasting “proudly out of Tampa, Florida”. But they’re past 50 epis now and they’re not afraid to talk about anything. Click in for a taste of MATA…
The Rigid Fist
New to the podcast scene is The Rigid Fist, an offering from Britain hosted by Kat Soren. (CORRECTION: The show's from Australia! Sorry, Kat!) I don’t know a whole lot about it, just that it’s getting some early talk up from some of the guys that like us — Royal & Doodall, Gee & Jay — the usual suspects. It seems to be Kat by himself but I’ve gotten the one clip. According to the homesite, there’s Uncle Morty and then various random guests. Kat sent in a rather sketchy boyhood tale.
That's pretty much going to do it for your load of Succotash this time around. Don't hog the plate - when you're done, be sure to pass it around!
— Marc Hershon