This epi is really a mixed bag. No interview this time around, but plenty o' clippage. Including two of the biggest big names in show biz, stuff from across the pond in the UK. And a song — more or less — from past guest and Friend of the Succotash Fred Stoller, all about a podcast interview gone wrong.

Are podcasts changing the way people relate with each other? The more of them I listen to, the more I believe that it may turn out to be doing so, slowly but surely. We've got a clip from one show where a host returns after a stay in a mental health facility and I talk a bit about how such a thing used to be something shameful, not to be discussed. The way the others on the show treat the situation takes a lot of the gravitas out of the proceedings. (You may heard about comedian Todd Glass and his recent visit to Marc Maron's WTF podcast, where he chose to reveal that he is not a heterosexual. Again, a fascinating (and brave) approach to breaking social convention wide open.) 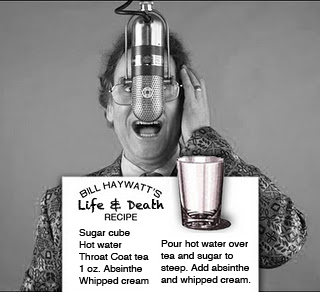 As trumpeted in the headline for this epi, our booth announcer Bill Haywatt returns for a Boozin' With Bill segment. His featured drink, "Life & Death", takes so long to prepare that we end up playing a couple of clips before drinking this most recent concoction. Follow the directions and prepare the recipe at your own risk.

You can now get Succotash all over yourself by patronizing our webstore and grabbing some of our merch over at the Succotashery. If you don't want to help us to keep the show going that way, perhaps you'd consider giving our Donate button a click and shoot us some bucks. It's right on our site, on the right.

Here's a rundown of this epi's clips. Click their titles for links to their home sites or check iTunes or Stitcher Smart Radio for the episodes... 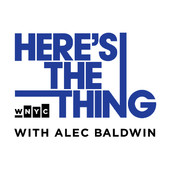 Here's The Thing
Catch a few minutes of superstar actor Alec Baldwin, slumming in podcastland and interviewing superstar executive producer Lorne Michaels. Baldwin talks about his experience of hosting Michael's baby, Saturday Night Live, and does he say the writers raped him? You'll have to listen...

Illusionoid
This show is fast becoming a favorite of mine — some shows I listen to just for the clips, favorites I catch every week — and these Toronto-based improvisors (Paul Bates, Lee Smart and Nug Nahrgang) JUST took the coveted Globehead Improv Tournament championship for 2012. In this clip, they are joined by Whose Line Is It Anyway alum Colin Machrie.

The Last Podcaster Standing
As mentioned above, this clip earmarks an interesting milestone in comedy podcasting: A near-straight forward account with a regular kind of guy revealing the depths of the difficulty of dealing with everyday life. To the point where the guy — TK1 — checked himself into a mental hospital. His sympathetic-yet-laughing confederates on the show (Grant, Jason, Joe, Tom, and Stephanie) make his re-entry as painless as four cut-ups possibly can, one imagines.

Van Full Of Candy
The guys from VFOC are trying their hands (mouths?) at livecasting (as opposed to podcasting) and I happened to be privy to their "Episode Zero" test of the system over at Blog Talk Radio. So I called in to see how it was going. 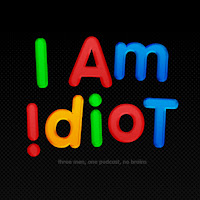 I Am Idiot
Over in London,  three blokes (Howard, Keith and Ben) are I Am Idiot.They shot this clip over to me and most of the action deals with a little mind game they like to call "Impossible Choices".

Self-Help For Stoners
Author Robert "Chazz" Chute has turn the topic (and title) of one of his books, Self-Help For Stoners, in a platform (and title) for a podcast. Here we catch a blast from his Letters section. (Wonder if he's going to turn another of his tomes into podcast fodder? It's got a great title: Death & Mind Control (For Fun And Profit).

Nick Creeps On Peeps
There's a podcast for everything, as is proven by Nick Gauss, host/stalker of NCOP. In this clip, he's joined by one of his co-hosts from the other podcast he's involved with, Divided by Zero. In each edition, Nick stakes out some person to watch in a public place, then riffs on what they're doing and what their lives must be like. 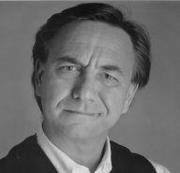 Burst O' Durst
Or, rather, BURSTS O' Durst. We've got a double header this week — one in the first half, one in the second. Politicomic Will Durst supplies us with straight unadulterated comic views of first White House resident Barack Obama's State of the Union address and then the GOP Soap Opera that IS the run-up to this year's presidential election.

In addition to the clips, we've got promos from Chillpak Hollywood Hour, the UK's Badger's Briefcase, and The Thrilling Adventure Hour (with Superego). And, of course, a word from our perennial sponsor Henderson's Pants.