We're back in Studio P in Sausalito for Epi27, which means the show always sounds better and I certainly feel better when engineer/producer Joe Paulino is pushing the buttons and flipping the switches. PLUS it gives us the chance for another Boozin' With Bill segment, where our loyal booth announcer Bill Haywatt shares a libation with us that he picked up somewhere during his illustrious (some might say spotty) career in radio. 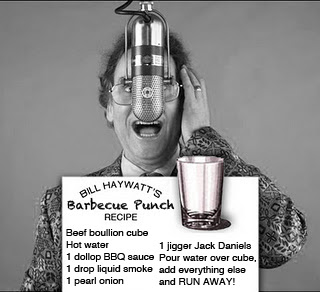 Unfortunately, Bill's drink this time – Barbecue Punch – turns out to be a dreadful cautionary tale. I'm reproducing the formula here but be warned: This drink is not for the timid, smart or sane.

Hideous beverage aside, it's a fast-paced episode, with a bunch of clips, a dip into the TweetSack, our Burst O' Durst, and a brand new Henderson's Pants spot for their newest line, The Drifter Chino.

Musically, I found a fun little ditty called Incompetent's Lament by Paul & Storm, a duo that has cranked out a lot of comedy tunes, much of which is available via their website. They also have their own podcast, Paul and Storm Talk About Some Stuff for Five to Ten Minutes (On Average), so click over and give 'em a listen.

Here's what's in the lineup this time:

This is the week that CBB host Scott Aukerman brings his podcast to television. (Starts Friday, June 8, on IFC.) Our cut is from a recent audio version of the show, featuring comedian guests Sara Silverman and Kyle Dunnigan, who spend some time dissecting one of Sarah’s first TV roles – playing a scientist on Star Trek Voyager.

Comic Caleb Bacon runs The Gentleman’s Club: Part comedy, part sports, part strippers and strippers’ parts. In this clip, Caleb’s talking to a “Vegas insider”, Rodric Bradford, about something everyone going to Sin City is looking for – indoor skydiving.

How Was Your Week? 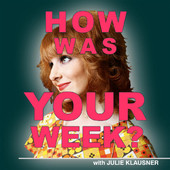 Comedy writer/performer, podcaster, and author Julie Klausner hosts How Was Your Week, which was recently named one of the best comedy podcasts by the New York Times, Rolling Stone & GQ. In the clip we have, she gets into the touchy subject of panic attacks with the Bitter Buddha himself, Eddie Pepitone.

Too Heavy To Skydive

Shane Murphy, Neil Mercener and Geoff Jewel host one of podcasting's “shootin’ the shit” show – a bunch of guys sitting around and talking about whatever’s going on. Nothing wrong with that, and it's nice to see these guys have differences of opinion about some of the subjects they talk about. 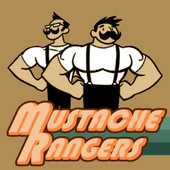 Podcasts don't have to be long to be funny and entertaining. A number of the shows I don't pick clips from could take that lesson from The Mustache Rangers. The improvised episodes are short and clever, as performed by Corey Anderson and Aric McKeown. Local favorites of the Twin Cities, the show was named Best Podcast of 2011 by Mpls St Paul magazine. Note: They have a live version of The Mustache Rangers coming up on June 21st at the Twin Cities Improv Festival.

Comedian and podcast pioneer Patrick Melton has one of the longest running podcasts around. Nobody Likes Onions started back in 2005. For his seventh anniversary, he has comedian Ryan Stout in the studio where, in this clip, Patrick reveals that he used to steal vans and sell waffles out of them. Hey, me too!

As brother Randy & Jason Sklar near Episode 100 of their popular podcast Sklarbro Country, their listeners are clamoring for more than one show a week. Here's their answer: Take the "r" out of Country. Shorter, easier to produce, with more timely, time-sensitive sports stories.

We wrap up Epi27 with a Burst O’ Durst, in which our Ambassador to the Middle, political wit Will Durst talks about Mitt Romney’s lack of discernible position on…anything.