Saluton. Estas mi, Tyson Saner. Welcome to Succotash, The Comedy Soundcast Soundcast - The podcast that dares to call itself a soundcast and features clips of comedy soundcasts from all around the internet because well, that's generally where soundcasts are stored and, ultimately, found and clipped by yours truly. 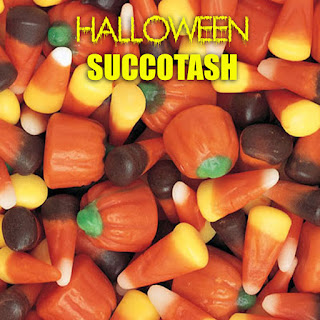 It's late October but not yet Halloween as I write this. Even so, if you celebrate Halloween I'd like to wish you a happy one early because the next episode of Succotash, The Comedy Soundcast Soundcast will post afterwards... truth is I'll probably wish you a "Happy After Halloween - Pre -Thanksgiving" when the time comes because "reasons".

Coming up later in the program, we've got clips from: H3 Podcast, How To Be A Person, Threedom, Gilbert Gottfried's Amazing Colossal Podcast, Hollywood Handbook, and Good One: A Podcast About Jokes.

We've also got a double dose of raging moderate Will Durst's Burst O' Durst segment. This edition of Succotash is brought to you by Henderson's Hallo Pants and TrumPoetry.com. (This epi features Yours Truly doing a recitation from our too-new-to-have-developed-even-a-hint-of-patina sponsor's website.)

Are you ready?  If not, remember that you can hit that pause button if needed... it's one of the beautiful things about a soundcast: the choice of when to listen... and choice is important, is it not?

Just as it's MY choice to leave that pause there.

H3 Podcasts
h3h3Productions (often shortened to h3h3 or simply h3) is a comedy YouTube channel produced by husband and wife duo Ethan and Hila Klein. Their content mostly consists of reaction videos and sketch comedy in which they satirize internet culture. In addition to their main channel, they run a secondary vlog channel by the name of Ethan and Hila and a third channel called H3 Podcast. We've clipped from Epi84 from September 12th, 2018, in an episode featuring guest Bill Burr. In this clip Ethan, Hila and Bill discuss having children and the All Things Comedy network (whose comedian-based podcast content has been frequently featured on Succotash The Comedy Podcast Podcast (including About Last Night with Adam Ray and Brad Williams, Bertcast from comedian Bert Kreischer, and Skeptic Tank with Ari Shaffer.

Gilbert Gottfried's Amazing Colossal Podcast
Comedian and actor Gilbert Gottfried, a man Stephen King once called "a national treasure," talks with the show business legends, icons and behind-the-scenes talents who shaped his childhood and influenced his comedy. Along with co-host and fellow pop culture fanatic Frank Santopadre, Gilbert is joined by comics, actors, musicians, talk show hosts, writers and other eyewitnesses to Hollywood history. Our clip  is from Epi 220 from last August, when Gilbert and Frank welcomed an old friend, legendary comedy writer Bruce Vilanch, and it features the telling of an encounter with Donny Osmond and includes a brief bit about actor and war hero Charles Durning.

Threedom
The three hosts of Threedom coming together were described by Succotash executive producer Marc Hershon as "The Voltron" of soundcasting in his recent review of this very episode. (This Week In Comedy Podcasts, Vulture.com) After all, when you consider that Scott Aukerman, Lauren Lapkus and Paul F Tompkins abandoned their regular formats to focus on the basics of being funny with each other, it's the ultimate podcast powerplay. (Sorry to use the "p" word.) This clip features the trio discussing the  philosophy of optimistic nihilism.

Hollywood Handbook
An insider's guide to achieving your showbiz dreams, Hollywood Handbook is from two A-List it-boys who are living theirs. Hayes Davenport and Sean Clements provide an exclusive VIP backstage pass into Tinseltown politics, answer questions from unsuccessful listeners, and bring in famous guests to discuss their craft and how they became what they are — famous. We've clipped from an episode featuring their visit with Patton Oswalt from back in July, with a segment that raises the question of whether or not certain animated rodents exist in a shared universe.

How To Be a Person
Comedy writers Mike Drucker (The Tonight Show, The Onion, Marvel) and Jess Dweck (The Tonight Show, Late Night) invite fellow comedians, writers, and other interesting people to teach them how to be normal human beings. The clip we harvested is from Epi 148 from May, called "How To Reheat Pizza and Get Airline Miles". It features guest Samantha Ruddy, where they talk about Montreal's "Just For Laughs" comedy festival, being multilingual and, as advertised, how to reheat pizza.

Good One: A Podcast About Jokes
Just as titled, Good One: A Podcast About Jokes is a podcast about…well…jokes, and the people who tell them. Each week, a comedian plays one of their jokes and then break it down with host and Vulture.com Senior Editor Jesse David Fox. Nick Kroll is the guest in our clip from the recent October 8th episode, entitled "Nick Kroll's Big Mouth Shame-Filled Dirty Talk". David and Nick delves deeply into the psyche of the comic's childhood self and how it influences the aforementioned animated series Big Mouth.

And with that, we bring this late October edition of Succotash, The Comedy Soundcast Soundcast to a close. I appreciate your taking the time to listen. I hope you've enjoyed the selection of comedy soundcast clips, and that perhaps you'll choose to listen to us again and/or seek out the full episodes of any or all of the soundcasts sampled here. (Just click on the show titles featured in the blog to be whisked off to their homesite.)

Perhaps me from the future has some idea of those things because me from the present has absolutely NO IDEA. :)  So until next time, Be decent to each other, Happy Halloween, get out and VOTE for pity's sake and, if you wouldn't mind doing us a solid, could I possibly ask — nay, gently implore you — to please, pass the Succotash?