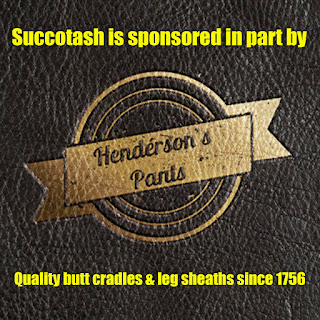 That is to say that all of the soundcasts featured in nearly every episode of Succotash, The Comedy Soundcast Soundcast will be comedy-related in some way. I cannot stress that enough.  Or maybe I can and/or have. It's hard to tell without feedback.

Did I mention there are clips?

We've got clips from Ear Biscuits, Science Fiction Rating System, Am I An Asshole?, Comedy Pop-Up Podcast, The Kevin and Bean Show from KROQ, and Hello From The Magic Tavern!

We've also got a double Burst o' Durst from raging moderate Will Durst, another reading from TrumPoetry.com, and there may or may not be time for a Henderson's Pants ad...

Let's find out, shall we?

Science Fiction Rating System
Join Sam, Alex & Chris as they rank every science fiction film EVER. Three films an episode are discussed and added to the ranking, until they run out of films. (See the current list at sciencefictionratingsystem.com!) From July of this year, they are into thier second year running celebrating Bug Week, this time with the help of some GIANT ANTS.  In a wide ranging episode we dissect the film itself, and also get into projection techniques, an in depth ant quiz, the wonder of a Victorian man in Hollywood and much, much more!

Ear Biscuits
Join Rhett and Link, hosts of the popular daily YouTube show Good Mythical Morning and authors of the New York Times bestseller "Book of Mythicality" in a candid weekly conversation for your Internetainment. In a clip from the spisode entitled "When Is Fun Too Dangerous?", Rhett and Link sit down to discuss when fun stops being worth the risk, dangerous hobbies they use to partake in, and the time Rhett almost went down with the "SS Merle" on this week's Ear Biscuits.

Am I An Asshole?
Comedians @JackieViscusi & @RosieGu + a special guest dig deep w/their resident therapist to analyze their asshole tendencies. In the episode from back in the beginning of this year sub-titled "For Being A Straight White Male?" (You have to do the math yourself there, and connected the title of the show to the sub-title to get the full message, see?), Jackie, Rosie, and guest comedian Jono Zalay touch on Women's Marches. Black Lives Matter. Gay rights. Are straight white dudes just hanging out and waving their privileged dicks around or do they actually want to help? Their special guest & comedian Jono, and their therapist, Jen, try to work it all out.

Hello From The Magic Tavern
Quick background: Arnie Niekamp fell through a dimensional portal behind a Burger King into the fantastical land of Foon. He's still getting a slight WiFi signal, so he uploads a weekly podcast from the tavern the Vermilion Minotaur where he interviews wizards, monsters and adventurers. It's a major discovery! In our clip from Helo from The Magic Tavern (consistently in the Top 100 comedy soundcasts on iTunes), from way back in 2015, Arnie and his pals Chunt and Usidore meet a new guest: A common, dirty traveler named Tom. (Arnie hopes to hear what life outside of Hogface is like from someone who has traveled across Foon.)

Comedy Pop-Up Podcast
Live from the CPU Studios in beautiful Los Angeles, this is the official soundcast of Comedy Pop-Up, normally hosted by comedian Ron G. Join them as they interview some of the top comics in the business and create another outlet for some of the best in the industry. Our clip is from Epi42 from just earlier THIS month, guest-hosted by Paul Antonio and featuring guests Brent Sullivan and Vinny Fasline.

And there you have it. September is nearly over and Halloween is just around the corner. In fact if you would like a headstart on Halloween why not pick up one or more editions of "Combat Radio Halloween The Album" available from cdbaby? You can pick them up by going to store.cdbaby.com , typing "Combat Radio" into the search field and clicking on any of the album icons adorned with very distinct shades of black with yellow lettering.

If the image of the headless horseman holding aloft a flaming pumpkin to presumably hurl at some poor soul isn't enough of a tip-off that you're in the right place, the white skull peering from behind the red shield with the black cross that is Combat Radio's logo should be a dead giveaway...

If you'd like specifically to buy this year's edition...this year being 2018...you can go to https://store.cdbaby.com/cd/combatradio8. The funds generated by album sales go to benefit social services, homeless children and other causes that have been adopted by the central figure of Combat Radio and an old pal of Succotash, Ethan Dettenmaier. I would also recommend checking out a track called "The Haunted Tour" from the 3rd annual "Combat Radio Halloween The Album" because it's something yours truly put together with the assistance of my co-host from Anti Social Show, Hunter Block, and we're frankly pleased with the way it turned out.

So until next time, I bid you a fond farewell and thank you for spending some of your time with us here at Succotash, The Comedy Soundcast Soundcast. I hope it was entertaining and informative, and I hope that if you did enjoy yourself here that you might find the time to tell others about this program so that it might assist them in their own personal "I'd like to listen to a comedy soundcast but I'm not sure where to start" journey.

That, after all, is the simplest way you could grant our most humble of requests that can be summed up in the four words: "Please, Pass The Succotash".