Tyson Saner here with warm greetings and a friendly Saluton to you: soundcast lovers, listeners, people who are just curious about soundcasting...and people who are listening by accident. I don't know, maybe you walked into a room where someone is listening to us and you were grazed by soundcast earshrapnel. Who am I to say how you should be finding us? No one, that's who. 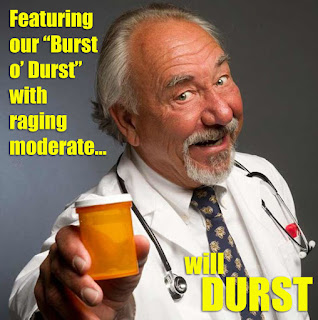 Except I WILL say that if you do like comedy, soundcasts AND comedy soundcasts, you could take advantage of an extremely useful app called Laughable. It's an app that specializes in comedy soundcasts and soundcasts by comedians.  They've also recently expanded their content parameters and do not limit themselves to only comedy soundcast content. (I personally appreciate that as it is an ongoing goal I have to provide both types of content for Succotash The Comedy Soundcast Soundcast.)

And wouldn't you know it? I do happen to have a more or less fresh batch of clippage for your aural consumption…or your hungry-hungry ear-holes.

Local To Nowhere
"A comedy podcast," Local To Nowhere, "draws on local news headlines to create narrative improv scenes. No city is safe. Hosted by Katie Lassiter and Ryan Fleming. They select a state each episode and read three odd, bizarre, or just plain weird news stories from that locale. They're also joined by one or more guests each installment. After sharing the news stories and then interviewing them, the guest is invited to choose one of the headlines and then the assembled cast performs an improvisational scene using the story as a springboard into some audio lunacy. Epi4 of Local To Nowhere featured Succotash Executive Producer Marc Hershon as the guest. The state chosen was Alaska and the scene involved a story about a boy on the outskirts of Anchorage who had a bear smash through the window of his bedroom.

I Shake My Head with Lisa and Sam
Featuring Lisa and Sam, two 47-year-old friends who podcast from the car because that's where they have their best conversations. This clip is from the epi entitled "Yep, We Are Creeping Your Fridge!" which dropped just a few weeks ago. Lisa and Sam enjoyed the "what's in your fridge" pictures and they reveal other podcaster's fridge personalities. The ladies chat about Sam's need for a longer vacation, Lisa's experience with a loud sniffer and why dressing in the dark is hazardous to your health.

Swipe Left Swipe Left
From a note submitted by the hosts, Gavin and Claire: "Swipe Left Swipe Left is a collection of fun, intimate and sometimes excruciatingly embarrassing tales of the things that happen on the road to romance. The podcast combines rich sound-design with entertaining first-person narratives. While there are many podcasts focused on the more serious aspects of modern love and romance - we celebrate the bizarre, ridiculous and often hilarious moments that characteriize the quest for love. This is not social commentary but true storytelling. Each story is a totally unique, but all contain an element of the unexpected."

The Ralph Report
The Ralph Report is a daily show featuring news, pop culture, and current events as filtered through the twisted mind of its host, Ralph Garman. Garman has been co-host of the Hollywood Babble-On Smodcast with Kevin Smith for years but here he's on his own. The show features comedy segments, celebrity interviews, and TV & film reviews along with Ralph's take on what's happening in the world. The clip I play for you in this episode has a description that reads as follows: "It's the first episode of The Ralph Report! Let's talk NFL, Donald Trump and the SAG Awards! With special guest, Jimmy Kimmel!"

Ari Shaffir's Skeptic Tank
Ari Shaffir's guest in the Skeptic Tank in the clip we're featuring, from epi 295, "Low School", is Adam Eget. Adam runs the world famous Comedy Store on Sunset Boulevard in Los Angeles. He's also the sidekick to Norm MacDonald on his YouTube program Norm MacDonald LIVE. I think I managed to find a great chunk that is indicative of the 2+ hours of this episode.

Tom Rhodes Radio Smart Camp
The iTunes description of this soundcast from comedian Tom Rhodes tells us it "is a festival of ideas, knowledge, stories, books & adventures. I have been a comedian for more than 30 years. I travel the world doing comedy. I almost drowned in Thailand, got maced in Paris and had my own late night talk show in the Netherlands. Whenever I can I will share my adventures and knowledge nuggets with you on this Tom Rhodes Radio Smart Camp podcast. This clip is from epi #246, January 12, 2018. Mr. Rhodes reads from the autobiography of Charlie Chaplin. A book which I have read myself at least once.

That's about it. Remember that where there's smoke there's fire, and where there's peas, carrots, and Lima beans, there's usually succotash. Thanks for passing this latest serving!