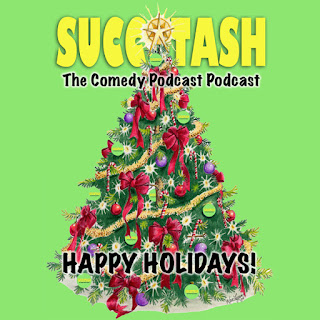 Yes, ‘tis I, Marc Hershon. Happy holidays and welcome to Epi122 of Succotash, the Comedy Podcast Podcast. I’m back with another edition of Succotash Clips, the version of this podcast where we feature clips, snippets, and bits from comedy podcasts harvested from all around the Internet.

Special thanks, as always, to our Associate Producer, Tyson Saner, for going out and getting many of the offerings to be found in this installment.  I hope you find at least one new show that you’d like to track down and download after listening to our little Whitman’s Sampler of a show.

Coming up this episode we have slices off of Comic Book Jones, The David Steinberg Podcast, The Eisenstein Effect, The Gisele Show, The GSMH Podcast, Proudly Resents, Sweet Feathery Jesus, and Wooden Overcoats.

What Else We Got?

In addition to the clippage, we’ve got our Burst O’ Durst segment with political comedian and social commentator Will Durst, where he’s running down the Top 10 comedic news stories of 2015 for you. This episode is sponsored by Henderson's Pants seasonal Jingle Drawers. And we’ve also got your tweets and emails and reviews in the Tweetsack.

And that’s about it. But isn’t that enough, really? 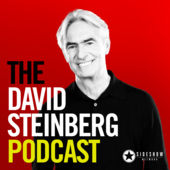 David Steinberg Podcast
Funny how younger comics have, for the most part, paved the way for older comics to make their way into podcasting. The great David Steinberg is now jumping in, even though he’s mainly been busy writing and directing television for years. He started out as an improvisor and a standup. In fact, he was one of my comedy influencers back when I was first figuring out what made something funny. The guest in his second episode is Kathy Griffin and, even though David is a great conversationalist, with Kathy in the room you don’t really have to try that hard to keep the chatter going. 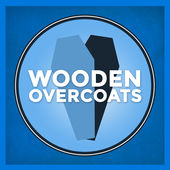 Wooden Overcoats
If you’re a fan of British comedies, particularly the sitcom kind, there’s a podcast out that just wrapped up its 8-show, first season run that doesn’t miss a beat. It’s called Wooden Overcoats, created by David K. Barnes, and features a fantastic cast that really bring the characters to life. “Wooden overcoat” is slang for “coffin” and the premise of the show is that the only undertaker in a sleepy Channel island village is bent out of shape when a rival sets up shop. There’s intrigue, violence, romance, and a narrating mouse.

The Gisele Show Podcast, mit Friends!
You might know Gisele Nett from her gig co-hosting the Nooner podcast on SModcast Internet Radio with Marty Yu. She’s started her own, entitled The Gisele Show Podcast, mit Friends! There are a pile of cast people, too: Jonna Tamases, John Pirruccello, Jon Stahl, and Gena Key. Tyson clipped this from her very first episode, featuring guest comedian Cassandra Cardenes. 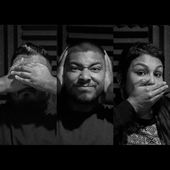 GSMH (God-Shaped Mommy Hole)
I’m not sure how our associate producer Tyson Saner finds some of these shows. Which is precisely why he’s as good as he is as our top clip clipper! Thanks to him we bring you a snippet of the GSMH Podcast, the initials of which stand for God-Shaped Mommy Hole. Headed up by a dude named Toni Rager, it’s a bunch of friends, just hanging out. There’s also Louis, Tim, Clicks and Freiddo, plus Rubbi Rager, but her mic was dead this episode. This clip features an interview technique with the acronym FORD, and some of the gang tries to explains to the rest of the gang who Joe Rogan is. 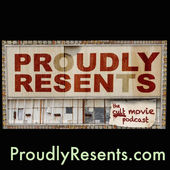 Proudly Resents
This clip comes in directly from the source: Adam Spiegelman. Friend of Succotash, as well as past and, no doubt, future guest, Adam is the host of the Proudly Resents podcast. It had grown into kind of a mishmash of content and Adam was having a tough time figuring out what his own podcast was supposed to be. But in his note to me this week, he says that he has, “finally split up my podcast.” Meaning he’s got different bits and pieces but they’re all making sense. He says he got recaps, interviews, Nicko – his sometimes sidekick, and “The best of the worst Christmas movies.” He recently did a live “Saving Christmas” show at the Improv in Hollywood, with Jimmy Pardo, Todd Levin (a writer for Conan), and Sharon Houston, who is a podcaster and TV producer in the same vein as Adam. 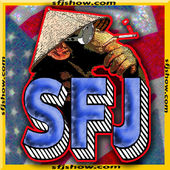 Sweet Feathery Jesus
We’ve not played anything for quite a while from the boys over at the Sweet Feathery Jesus podcast – Belasco, Beardo and Chuck Turtleman – so let’s correct that now with a segment from their show. This clip is from their #111, entitled On The Wagon Train, because their fourth cast member, Booze, is absent. It features an installment of their segment Denmark Is Shit. 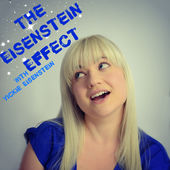 The Eisenstein Effect
Comedian Vickie Eisenstein hosts The Eisenstein Effect, which is – according to her homesite – “a weekly jaunt to explore the careers, hobbies, and passions of funny, artistic, talented, and intelligent guests!” I think she’s based in Chicago, so she’s got access to lots of like-minded comedic types. Including the guest in Epi23 of her show, Anthony LeBlanc. 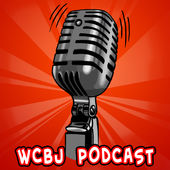 Comic Book Jones
There’s a comic book store in Staten Island, New York, a legendary place on Forest Avenue, called Comic Book Jones. It also happens to be the name of their podcast, hosted by proprietors Socko and Tiger Jones. They’ve been podcasting since Fall of 2012 and they’re still going strong with their special brand of geek chatter and comic book mayhem. And, at least around Thanksgiving, talk about disgusting White Castle Thanksgiving sliders. 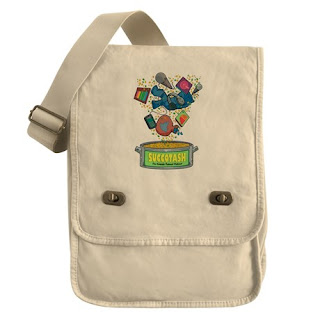 If you’re looking for something special for that someone special, might I suggest you visit our homesite, at http://SuccotashShow.com, where you can use the Amazon banner at the top of our page to slide over to the world’s biggest online store. Every time you purchase something there after using out link to get there, we get a little taste of the purchase price, but at no cost to you. You can also shop at our Succotashery, if that special someone would like something with our show logo on it. And if WE’RE your someone special, you can click the Donate button in the upper right hand corner of the page and slip us some delicious cash to help us keep Succotash alive in 2016!

That’s going to do it for Epi122 of Succotash Clips, the Comedy Podcast Podcast. Hopefully I’ll get another episode or two out before the end of the year. No special plans for a year-end show but you never know – maybe I’ll whip something up. I know this time of year gets busy but feel free to take Succotash along while you’re Christmas shopping or heading off to visit friends and family this holiday season.

And while you out there visiting, don’t be afraid to pass a little Succotash!