Yes, it’s me. Your host and cat wrangler for Epi111 of Succotash, the Comedy Podcast Podcast. This is another Succotash Clips episode – that’s two in a row – and I’ve got a bucketful for comedy podcast clips for you this time around.

Our Associate Producer Tyson Saner grabbed some of ‘em, I clipped some, and we also had some podcasters upload them directly to us, using our Succotash upload link: http://Hightail.com/u/succotash.

In addition to the clips, we’ve got a double dose of our Burst O’ Durst segment, with political comedian and social commentator Will Durst. We’ve got a Henderson’s Pants ad. We dig into the Tweetsack. And that’s about it.

I’m not sure where you grabbed this episode of Succotash from, but we’re available from iTunes, Stitcher, SoundCloud, PodBay, Overcast, TuneIn Radio and you can even listen to us on the Succotash Facebook page – why don’t you go ahead and Like us while you’re there? We also get replayed over on CWERadio.com – that’s Clutch And Wiggle Entertainment Radio. In fact, one of the clips we have today is from the actual Clutch & Wiggle Show.

Besides the Clutch And Wiggle Experience, clipwise, we have samples from A Twilight World of Ultimate Smoothness, Date Speeding, Deviants Church, Don’t Worry – It’s Only The End of The World, Four Listeners, Pistol Shrimps Radio, Strong Opinions, The World of Mindshaft, and WTF.

Where Will We Be?

The 4th Annual Los Angeles Podcast Festival is coming up in September. I’ve been to the first three and they’re always a lot of fun. I already snagged a 3-day ticket for this year’s PodFest and I plan to hunker down in the SquareSpace Podcast Lab like some kind of great podcasting Jabba the Hutt. It’s September 18-20th at the Sofitel Hotel in Beverly Hills, and you can get tickets and more details at Eventbrite. I’ll be interviewing podcasters and ne’er-do-wells, so I hope you get a chance to stop by and say hello.

BTW, if you’re curious about what I do when I’m NOT on the Succotash microphone, crammed into Studio F and chatting at you, there’s a fun little article that came out this week over at http://SmartUp.life, entitled, The Man Who Named The BlackBerry. That’d be me. And the piece talks about some of the other brand names I’ve helped bring into the world from out of my brain.

Maybe you’ve noticed that Succotash, the Comedy Podcast Podcast, doesn’t drop every week. Hell, or every two weeks, for that matter. I’d like to do it more often. Really I would. But work is tough and pays pretty well, too. So that’s where I have to put the majority of my focus. But it doesn’t always have to be that way. And you can help. If you click on the Donate button on the homesite, then kick us whatever you can afford to give in order to help us pay for the stuff that podcasters pay for to keep all of this going, I’ll start pushing myself harder to get these shows cranked out more often. Here's the deal: For every month that the Donate button brings in enough to cover our Succotash nut – that’s about 60 bucks — I will push out 4 consecutive weeks of this show, by hook or by crook. So get clicking! 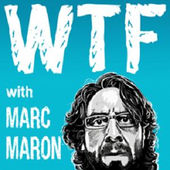 WTF w/guest President Obama
We’d be remiss to continue on without acknowledging perhaps one of the most important milestones in comedy podcasting: A sitting president has appeared on one. I’m sure you’ve heard about President Barack Obama’s visit to “the garage” to talk to Marc Maron. No matter what you think about Obama OR Maron, this is a Big Deal. I reviewed this episode for both Splitsider.com and Huffington Post Entertainment, and I thought we’d go ahead and play just a little bit for those few who haven’t heard it yet. This is right toward the end of the show and Marc gets the opportunity to ask The President about his favorite comedians. 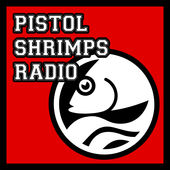 Pistol Shrimps Radio
Last week I found a new podcast from a couple of the gents from Superego, a long time Succotash favorite. Matt Gourley and Mark McConville have teamed up to bring you play-by-play women’s basketball. Sort of. It’s a lot of improvised nonsense and hilarity AND it actually is done courtside at the Pistol Shrimps games in LA. I’ve got a sample I pulled off the latest episode and the hosts are joined by fellow Superegoist and the hardest working man in podcasting, Paul F. Tompkins. A Twilight World of Ultimate Smoothness
Ripped from our Tweetsack comes something completely different. It’s a 6-episode mini-series called A Twilight World of Ultimate Smoothness. I got a note from the show’s producer, David Wilcox, who explains the show as “chronicling the decline and fall of a veteran R&B/smooth jazz DJ named Greg Willis. It's a psychedelic, surreal recreation of late-night commercial FM radio, complete with requests/dedications, in-studio interviews, station IDs, ads, and tons and tons of music. Imagine taking some of the darker elements of British comedy (Chris Morris' "Blue Jam" or some of the Alan Partridge stuff) and wedging them into an Art Laboe/Quiet Storm-style radio format and you'll kinda have an idea of what we're up to. The show was written by myself and Johanna Hyman -- we previously worked together on a couple episodes of the Radiotopia podcast The Truth. A musician named John Schmersal, who currently plays in the band Caribou and was formerly in Brainiac and Enon, did our music and sound design.” I downloaded and binge listened the six episodes across a couple of days of commuting to work. It’s like listening to a real radio station with some odd technical difficulties and a radio personality who is unraveling before your ears. But funny. 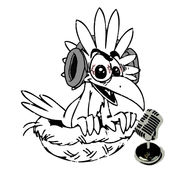 Deviants Church
Associate producer Tyson Saner tossed this next clip onto the stack for today’s show, and I confess I don’t know much about. And my search for their website turns up…nothing. It’s like this show has taken an abrupt right hand turn into the Podcast Graveyard.This show seems to be DOA. No website. It is still findable on iTunes, but the last posted episode was back in early April. And the last tweet from their account was a week after that. We’ll check in periodically and see if there’s a pulse for the Deviant’s Church. 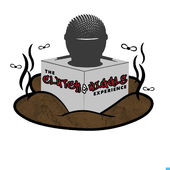 Rob and Craig over at The Clutch & Wiggle Experience have been friends and fans of Succotash pretty much since the time we started over three years ago. They regularly replay the show on CWERadio.com and so isn’t it high time we got back to seeing what THEY’RE up to? Even if they had to send in the a clip themselves? Recently on The Clutch and Wiggle Experience, Rob and Craig discussed the recent passing of legendary BB King – and that his family has the feeling he was poisoned to death. 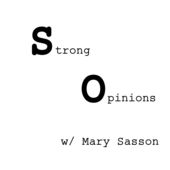 Strong Opinions
I got a request from Mary Sasson, host and producer of the Strong Opinions podcast, asking if I’d do a review of her show. She writes: “The premise of the podcast is I invite on two comedian and we discuss our opinions of everyday topics ranging from belts to milk and everything in between. Some past guests have included stand-ups like Jake Weisman, and tons of UCB performers like Nicole Byer, Drew Tarver, Will Hines, Betsy Sodaro, and Alex Fernie.” I will try to get around to reviewing the show – it sounds pretty funny – but for now I’ll do the next best thing: Clip it.The episode featured Lauren Lapkus and Mary Holland. 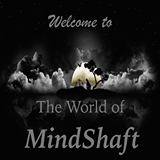 The World of Mindshaft
He’s got his teeth back into the world of podcasting. Our old pal, Nigel Boydell, was having some dental challenges a while back and had started a show called the HMS CodCast, which he wrote and then had various podcasting friends narrate and do the character voices. (I did one. I think it was the best episode, personally.) Well, he’s got some shiny new choppers, and Nigel is back with The World of Mindshaft. It’s a fun, bizarre, ramble through the mind of character who is clearly…well, different in the head, let’s say. 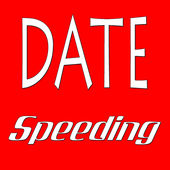 Date Speeding
Friend of Succotash Jason Duplissey recently started his own podcast, separate from The Duvet Show, called Date Speeding. He plays the Reverend Rich Hugh, and the advice he dispenses about dating is just plain wrong. There’s no homesite up yet for Date Speeding, so find the right Reverend Hugh and his so-called advice on iTunes. There’s also a Facebook page.

Four Listeners
We got yet another clip in via the Tweetsack, this one from a podcast called The Four Listeners…featuring three guys. Chris Spear, Zeth Weissman, and Corey Gantzhorn. They’ve been up and running for about four years and just celebrated their 200th episode. Congratulations! They tell me that their format is “Something Must Be Done About…” and then they have a new topic every week with only TWO rules to avoid about the topic: 1) No politics, and 2) No religion. Everything else is fair game. In this clip, sent in from the 200th episode, is some rambling about SportsTalk radio. 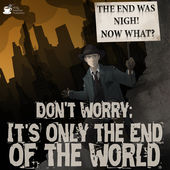 Another episode of Succotash Clips is now history. In the can. Kaput. I’ll have another one coming up pretty quick. Even quicker if you guys hit that old devil Donate button on our http://SuccotashShow.com homesite. Remember, if we clear 60 bucks, I’ll crank out an episode a week for 4 consecutive weeks. See how that tastes, right?