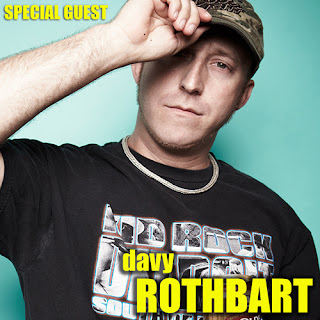 Speaking of found objects, our guest is Davy Rothbart, the creator of Found magazine and, as of a couple of months ago, the Found soundcast as well. (You may have noticed that I’ve been using the “soundcast” word a lot already. Our grass roots campaign to shift from using podcast to soundcast is slowly taking off — you’ll even hear our guest Davy Rothbart mention that he’ll back our play and start using it.)

Davy is a really interesting guy and I enjoyed talking with him and getting the backstory on how he decided to start the magazine and how it's opened up his life by getting all of these odd little notes and other found bits of flotsam that people send him. He also shares a few of his favorite "foundities" with us during the course of our chat. 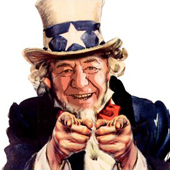 We have a double shot of our Burst O' Durst segment, courtesy of political comic and social commentator Will Durst. During the Tweetsack segment I play a clip from the 100th epi of Drew Michael's I Might Be Wrong soundcast, only because his PR folks neglected to send me a free copy of his comedy album that they wanted me to plug. And we have a commercial from our sponsor Henderson's Pants for their ever-popular Drifter Chinos.

There are just a few days left before my live appearance with the Spaghetti Jam 40th Year Reunion Improv Comedy Show. Tickets are going fast but there are still some left, so if you’re in the San Francisco Bay Area on Sunday, September 11th – 9/11, that’s right — we’re at the Throckmorton Theatre in downtown Mill Valley. Such a GREAT lineup of performers that are turning out for this - people who really lit the fuse for what we know as improvisational comedy today: Terry McGovern, Gil Christner, Diane Amos, Debi Durst, Michael Bossier, Denis Egan, Robin Eurich, Andy Goldberg, Rodney Sheriff, John Elk, Chris Pray, Jim Cranna, John Bates, Hennen Chambers, and Andrejs Gulbis. Jump over to http://ThrockmortonTheatre.org for the showtime, tickets and other details.

And then later in the month – September 23-25 – I’ll be at the 5th Annual Los Angeles Podcast Festival. In addition to hosting the Journalism and Podcasting panel on Sunday afternoon at 2 PM, I’ll be set up in the Podcast Lab the rest of the time with my equipment doing interviews so stop on by and let’s chat! I’ve already got a couple of folks set up to drop by: Adam Spiegelman from the Proudly Resents soundcast and Chris Gore from the PodCRASH! show and Film Threat Magazine, which is in the midst of a Kickstarter campaign to go back into publication.

If you want to help keep Succotash going strong, please visit our homesite at http://SuccotashShow.com, where you can click on our Donate button, shop at Amazon.com by using the banner at the top of the page, or grab some merch at the Succotashery. You’ll also find a link to the homesite for the Laughable app there, where you can learn more about this great new way to find, download, stream and follow your favorite and soon-to-be favorite comedy podcasts.

We won't do anything to stop you going to iTunes and both rating and reviewing Succotash, which helps more people to find the show. And speaking of finding the show, Succotash is now available on I Heart Radio, so check us out there, too!