I'm Marc Hershon and this is the official blog entry for Epi77 of Succotash, the Comedy Podcast Podcast. Big thanks as always to our engineer-producer Joe Paulino, our announcer Bill Heywatt, our booth assistant Kenny Durgess and – once again – our Honorary Associate Producer Tyson Saner, who provided several of the clips you’re going to here in this episode. (Don't forge to look Tyson up on Soundcloud.com and listen to some of his original music.)

Not sure how you found yourself to the Succotash blog, but I invite you to listen to my podcast streaming from the homesite or from Stitcher On-Demand Radio OR from SoundCloud. Of course you can download us from iTunes AND we get replayed over on CWERadio.com as well. 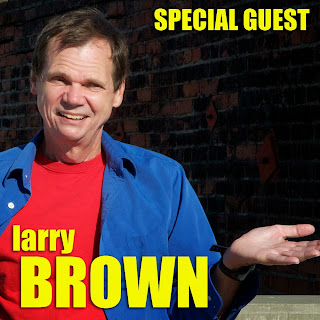 Our special guest this week is Larry “Bubbles’ Brown, who is a standup comedian in San Francisco. You may have heard on a past episode of Succotash – he was with Dana Carvey in the car in Epi58 when the three of us hit the road to a couple of gigs. And he was also on Epi55, one of the crew at the table when I interview Andy Kindler.

Larry has been a fixture in the San Francisco comedy scene pretty much since he started (1981) and had rarely ventured far from home. Although he does get out on the road once in a while and has even been on David Letterman's show - twice - 21 years between appearances.

Our interview this episode is just us – one-on-one – back at D’Angelo’s, the same Mill Valley restaurant where the Kindler interview took place. Larry’s also one-third of the subject of a new documentary, 3 Still Standing, that’s been made about comedy in San Francisco starting back in the 80’s, and we talk more about that.

Because of the length of my interview with Larry, we have fewer clips that usual this episode but we still have a nice big handful of ‘em.

As I mentioned last week, I’m no longer going to tag every clip with the fact you can download the shows from iTunes and Stitcher.com, because it’s pretty much a given. But I’ll mention the homesite and some of the other places you can pick up the show.

RECORD YOUR CHRISTMAS SHOUT OUT!

Got a note via Facebook from Bonn, of The Strange Times Show and also of The Bonn & Obo Show. He wanted to know if we were planning any kind of special Christmas show and was I interested him putting something together for it. We weren't BUT, after getting Bonn's message, I figured we should do something after all. SO, to any and all comedy podcasters within sight of this blog, just pick up your phone and call the Succotash Hotline at (818) 921-7212 and leave a holiday greeting! You can plug your show, tell me how great Succotash is, do a shoutout to your loved ones, whatever. And I’ll play it on the show as we get near to Christmas.

In addition to our Burst O' Durst, with comedian Will Durst running down his Top 10 news stories of 2013, we have promo from the folks over at the StoryWorthy podcast - Christine Blackburn and Hannis Phinney - who made it special for us by including Dean Haglund from the Chillpak Hollywood Hour podcast. AND we have a new Henderson's Pants commercial with something special just in time for the holiday!

THE 10 MOST ACTIVE ON STITCHER'S TOP 100 COMEDY PODCAST LIST

In this feature, found exclusively on Succotash, the Comedy Podcast Podcast, we don’t look at the shows sitting up at the TOP of the list but, instead, those podcasts that have moved the most up OR down the Top 100 in the past week. How’d it shake out this time around?

The Amish Baby Machine podcast?! Best title ever! Can't wait to check that one out.

Hey, the 2nd Annual Stitcher Awards are gearing up, which means nominations are open NOW! You can even nominate THIS show, your favorite Succotash podcast, to win! Go to Stitcher or hop on over to our homepage at http://SuccotashShow.com and click on the Stitcher Award button on the right hand side! 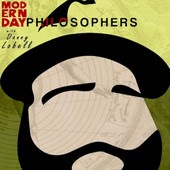 Modern Day Philosophers with Danny Lobell
This new podcast features comedian Danny Lobell trying to his head around philosophy, which he does by inviting various comedian guests to come on and talk about a particular philosopher. Most recently, he had one of my favorite podcaster/comedians on, Bill Burr, and he threw 18th century’s Adam Smith at him, which they start to get into after Bill covers a little of his early home life.

Overview with Rick Overton
One of my best friends is also a very funny comedian and has been running some great interviews from the helm of his own podcast. I’m talking about Rick Overton and Overview. He sat down recently with a guy whose radio show I’ve loved for years, Phil Hendrie. 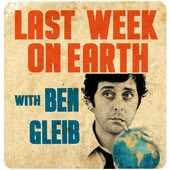 Last Week On Earth
Comedian Ben Gleib appears frequently on Chelsea Lately and had a popular TV show that he directed, wrote, and starred in for the National Lampoon Network back in the mid-aughts. He’s up to 109 episodes of his SModcast podcast The Last Week On Earth, where he talks about news, politics, and sports. Normally he has a guest but he occasionally goes it alone, like in the clip we're featuring, where he speculates on what the upcoming TV show based on the old movie Ghost starring Patrick Swayze might be like.

AnxieTea Party
Second time around for us to feature a clip from AnxieTea Party with Kathy Hopkins. In Epi32, she hosts Dian Bachar. You might recognize him from his work with Trey Stone and Matt Parker of South Park fame – he was in BASEketball and Orgasmo. He talks with Kathy about comedy writing, improv as it pertains to acting, and social situations where people could benefit from a little “give and take”.

That’s most of the highlights of Epi77. (More bits and pieces lurking around in the episode that I didn't bother to mention here, so check it out!) Thanks for hanging out! Remember to take it easy on the road this holiday season and please don’t ever, ever, ever forget to pass the Succotash!