Welcome to Epi76 of Succotash, the Comedy Podcast Podcast. To start off, and I've mentioned this on the show before, I don’t understand why some podcasts have “seasons”, like on television, or how they determine how many episodes constitute said seasons or why.

It’s all quite arbitrary.

But I have decided that we are going to start following this obtuse convention so welcome to the first season of Succotash, already in progress. This is episode 76, which means there are only 23 episodes left before the big season finale!

That’s right. You heard it here first: Episode 100 will be this show’s season closer.

Maybe we’ll make it a big deal. A live show somewhere, with lots of guests, lots of podcasters calling in and sending in messages. It’s a ways off, of course. At the rate I drop episodes, we’re looking at next summer sometime. A great time for a season finale! Or maybe it will be just me, huddled in my car in the pre-dawn light, trying not to wake the neighbors as I talk to you, our loyal listener. 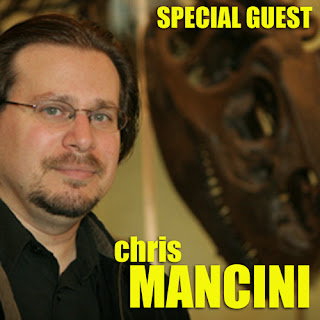 Our show mostly has made its bones playing clips of comedy podcasts from around the world but we also feature interviews. This week our Special Guest is Chris Mancini. This is last of my official LA Podcast Festival interviews – it’s only taken two months to get through them all – and Chris is one of the creators and organizers of the PodFest. Chris is also co-host of the Comedy Film Nerds podcast, along with Graham Elwood, a previous guest on this show.

The Comedy Film Nerds podcast is a spinoff, more or less, from the Comedy Film Nerds website and also the book of the same name.. The website focuses on film reviews by both Chris and Graham but slso a number of contributors, including Dean Haglund and Matt Weinhold, both of whom have appeared on Succotash. Their book is more about film genres, with their contributors tackling everything from horror to romantic comedies.

We managed to corner Chris in a corner of the Podcast Lab at the PodFest and spend about 10 minutes chatting about how things were going and their plans for the future of the Fest. The Fest Future, if you will.

In addition to a pile of podcast clips (due in no small part to our Honorary Associate Producer Tyson Saner!), this epi also features a DOUBLE Burst O' Durst with our resident raging moderate, comedy Will Durst. Also, we have a holiday poem, Black Friday, by friend-of-Succotash and contributor Chet Hasse. And I talk a little bit about my appearance in Epi4 of a strange little web series called The Funster, produced and starring friend of the show Dana Carvey.

TEN MOST ACTIVE IN THE STITCHER TOP 100 COMEDY PODCASTS LIST

In this week's list, there's a podcast from England that jumped an astounding 1139 spots to get up into the Top 100! Called The Trev & Ben Show, from Cryodon Radio, we also sliced off a taste during the podcast. But here's the whole list for the week: 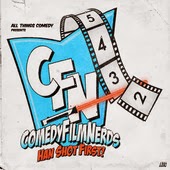 Comedy Film Nerds
The Comedy Film Nerds podcast is a spinoff, more or less, from the Comedy Film Nerds website and also the book. Hosts Chris Mancini and Graham Elwood frequently have guests on the podcast but recently it was just the two guys and, in the clip we're featuring, they have a letter from a listener setting them straight on a movie-based issue.

Improv 4 Humans
Usually Matt Besser’s Improv 4 Humans is Matt and his guests improvising audio scenes based on listener’s suggestions. In this clip, Matt and one of his guests, Chris Gore, from PodCRASH, discuss the core essence of what improvisation is about, beyond the simple “yes and” belief that’s floating out there for years. 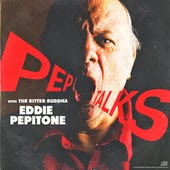 Pep Talks
The week before last I reviewed Eddie Pepitone’s new podcast Pep Talks, part of the All Things Comedy Network, for Splitsider’s This Week In Comedy Podcasts. He’s just getting started, after years as one of the four hosts for The Longshot Podcast. Now it’s just Eddie, his head and also usually an interview guest. This clip is from his second episode, where he chats with Canadian comedian Glenn Wool, but what I’ve got here is from more of a one-man audio sketch Eddie did before the interview began.

Don’t Quit Your Daycast
We haven’t checked in with podcaster and longtime listener and supporter Ed Wallick over at Don’t Quit Your Daycast in a while. He recently hit his episode 50 after being off for a bit due to health reasons. But he’s back and still doling out his Asshat Of The Week award! 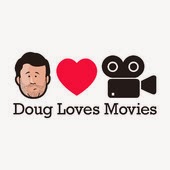 Doug Loves Movies
Our friend Tyson Saner clipped out part of a recent Doug Loves Movies episode. I do enjoy DLM but I somehow missed this moment when Doug Benson had Bert Kreischer, Lauran Lupus and Clare Kramer on and, partway through "The Leonard Maltin Game", Doug puts his spin on an idea that Bert had, and then Bert can’t stop laughing.

The Comedy Buffet
Got a note from Michael Powell, the "Tycoon of Comedy" and host over at The Comedy Buffet Podcast, who says, “Hey Marc, all your hard work has inspired me to put in at least a half assed effort in return. I finally pulled a clip from our show for you again. This is Episode 114 with special guest Mike Hammock, fill in co-host Steve Vanderploeg and our new co-host and pun meister Rick DeSimone…I know you took us to task last time I sent in a clip. We have still not done much with the website. So our official tag line is "Another comedy podcast? This can't possibly fail!" Are you ready? Here come some cow puns…

The Todd Glass Show
I find comedian Todd Glass not only funny but an engaging podcast host. Our Honorary Associate Producer Tyson Saner found a great clip of Todd with guest Whitmer Thomas from “Power Violence”, which Tyson refers to a “Anti-Improv”. See for yourself how well it works…

Please don’t forget to rate and review us up on iTunes, thumbs-up us on Twitter, Like our Facebook page and Like us on Soundcloud. Basically, do whatever you can to help us out for free in as many places as you can OR save all that virtual running around and kicks us a few bucks by either using the Donate button on SuccotashShow.com, buying some merch at SuccotashShow.com, or doing your holiday shopping on Amazon by using our portal at SuccotashShow.com.

Enough begging. Until next time, please remember to pass the damned Succotash!