Welcome to Epi75 of Succotash, the Comedy Podcast Podcast!

A milestone of sorts. Three-quarters of the way there if there is 100 episodes. 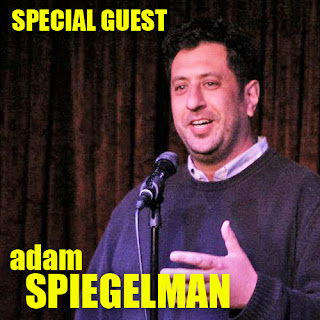 Glad to have you with us and hope you enjoy this particular outing. Not a whole bunch of comedy podcast clips this time because our special guest is podcaster and TV producer Adam Spiegelman, host of the Proudly Resents cult movie podcast and also Dream Tweet, a podcast game show.

Adam is – or was – a producer on Totally Biased with W. Kamau Bell – I say “was” because I just read today that FXX has cancelled it. Bear that in mind when we talk about the show in our interview because – a month and a half ago when we talked – everything was fine.

Back then, in happier times, Adam and I hung out a bit at this year’s Los Angeles Podcast Festival and he sat down with me in the Podcast Lab where we talked about movies, TV and, of course, podcasting.

In addition to Adam, and some funny clips, we have our Tweetsack, our Burst O' Durst, and a classic Henderson's Pants commercial.

For This Week In Comedy Podcasts on Splitsider.com, I reviewed not one but two shows — the hot-as-a-pistol Welcome To Night Vale, über-comedy-creepy narrative; and The Nerdist with Gillian Jacobs (Community, Bad Milo), so check those both out.

This past weekend I got to act in a sort of experimental web series that friend-of-Succotash Dana Carvey is producing and starring in called The Funster. VERY low budget. The first three episodes – I call them episodes but they’re really more like “moments” because they’re so short – are up on YouTube. I make my appearance in the fourth installment, which is still being worked on. I think we’re re-shooting some of it this weekend, so I’ll let you know when that’s up online and I’ll have that episode on the SuccotashShow.com site when it’s ready.

The Top 10 Most Active Shows in the Stitcher Top 100 Comedy Podcast list is heard exclusively on Succotash. Most people do a straight ahead Top 10 countdown. 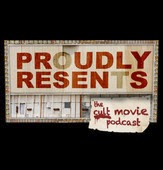 Proudly Resents
The flagship show of our special guest this episode, Adam Spiegelman, Proudly Resents is billed as "the cult movie podcast" and often features Adam and his guests dissecting and roasting some of the silver screens most fragrant bombs. In this sample from his most recent episode, Adam - along with Katharine Heller and Myq Kaplan – took a look back at the movie Dead Heat, starring Treat Williams and Joe Piscopo. 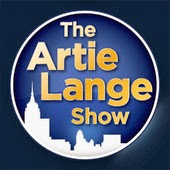 The Artie Lange Show
Most people know Artie Lange from his years sidekicking for Howard Stern. He was also on MAD TV and has appeared in a few movies like Dirty Work and Beer League. His new memoir, Crash And Burn, is out and has been on the New York Times Bestseller list. His podcast is really the audio version of his Dish network TV show, and also features HIS sidekick, former NFL player Jon Ritchie. In this clip, Artie reminisces about some quality party days. 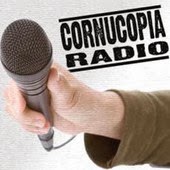 Cornucopia Radio
We received a clip of this podcast from producer/writer Peter Beeston, who tells us that his podcast is created by a selection of writers and performers in the UK. "Every episode is a unique piece of radio fiction — sometimes they are dramatic pieces, sometimes they are comedic — but they are always of high/professional quality." This particular clip comes from a mocumentary about druid life in the UK, and about one Druid in particular, Brian Parker. The clip was written by Laurence Peacock, and features the voices of Chris Bellamy, Laurence Peacock, Christine Bellamy and Phil Mason. 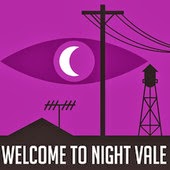 Welcome To Night Vale
The podcast universe has gotten so vast that even I am having trouble keeping up with it all. Which is why hadn’t even heard of Welcome To Night Vale before I got to the Podcast Festival in LA last month. The show's a narrative and is, in fact, narrated by Cecil Baldwin. The show’s created and written by Joseph Fink and Jeffrey Cranor. They’ve got commercials for really weird things, original music, and the best way I can define it in a thumbnail pitch is that it’s A Priarie Home Companion as conceived by H.P. Lovecraft. 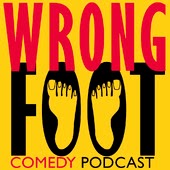 The Wrong Foot
We haven’t played a clip from The Wrong Foot podcast for awhile. They’re a funny audio "sketchcast" and it’s high time we got another taste. We got a note from executive producer Robin Brecker this week along with a clip. Robin says, “I know you guys are busy with Thanksgiving coming up and lima beans to shuck, but here's a clip from the Wrong Foot collection that is short enough. Thanks. And rememember, defrosting is for suckers."

That's the lineup, essentially, for Epi75 along with, of course, our Tweetsack segment and a classic commercial from our sponsor, Henderson's Pants.

If you'd like to help us out, we invite you to visit our homesite, at http://SuccotashShow.com, where you can avail yourself of our colorful Donate button, or click on our Amazon ad at the top of the page and do your shopping through our portal (in which case we'll get a little kickback), or perhaps purch some merch from our Succotashery web store.

If spending money to see your favorite comedy podcast podcast continue to flourish isn't your thing, a few moments of your time is all it takes to go to iTunes, look up Succotash in the podcast section, and the rate and review us. You can also go to Stitcher.com and give us a "thumbs up" to let people know you like us.

At the very least tell a friend about us — we call that "passing the Succotash"!