It’s your ol’ pal, Marc Hershon, once again and I’ve got Epi72 of Succotash, the Comedy Podcast Podcast right here for you.  I don't spend a whole lot of time jabberin’ because — as usual —I’m WAY behind getting the episodes out. 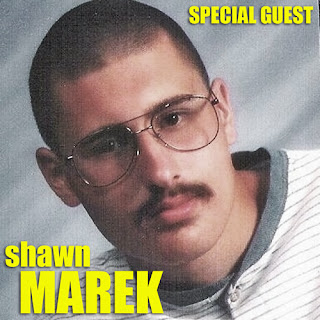 And I have a healthy backlog of interviews from the 2nd Annual Podcast Festival from about 3 weeks ago now, which I can really only put these out one an episode AND still play clips from podcasts that were featured at PodFest.

In addition, I’m now running into a pipeline problem in that the pipeline is filling up with content. Non-podfest content. Which is a good problem to have, but it means I’m going to interrupt the podfest interviews later this week and put out a show featuring two filmmaker friends of mine – Gabriel Diani and Etta Devine – because they just popped the top on a Kickstarter campaign for the new comedy feature film they putting together. It’s called Diani And Devine Meet The Apocalypse and so next episode that chat will be our centerpiece.

After a bunch of clips are played, I have an interview with our Special Guest Shawn Merek. I got to know Shawn last year at the FIRST LA PodFest, when he was the producer for the PodCrash podcast with Chris Gore. He’s still producing for Chris but he’s also one of the guys helping to make all the shows go over at the Sideshow Network. Shawn popped into the Podcast Lab at the PodFest and we talked about him, his life as a producer and also where podcasting may be heading in the future. 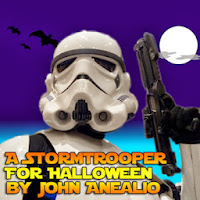 This episode, besides clips and the interview, we also have our Burst O' Durst with comedian Will Durst, a new song just in time for the upcoming holiday, A Stormtrooper for Halloween by John Anealio. John just released an EP with that song as the title track - one of four songs - that you can download for FREE at http://JohnAnealio.com (or you can also opt to kick John some dollars if you wish. WE did, but who are we to ask you for money?), and we also have a brand new Henderson's Pants commercial.

Exclusively from the Comedy Podcast Podcast, here's a list of the comedy podcasts that showed the most action - either up OR down the chart - from Stitcher's Top 100 Comedy Podcasts:

(Anyone have tips on how to get your Stitcher numbers up? Succotash is at 5859 this week. Which is up a thousand or so from last week, but still...)

Inverse Delirium
I like to think it’s a measure of this show's success that my supporting players are getting more airtime in Podcast Land than I am. Just this past week, Geoffrey Welchman over at the Inverse Delirium podcast tapped both my booth announcer Bill Heywatt AND the host of our Burst O’ Durst feature, comedian Will Durst, to provide their voices for a couple of characters in a sketch!

Man School
Jumping back a few weeks to the LA PodFest, we have a clip from Caleb Bacon’s Man School podcast which was done live at the Fest. You may remember that Caleb was the host of the Gentlemen’s Club podcast but hung up his bouncer’s dud for a professor’s hat when he debuted Man School. In this clip, we hear him with guest Chris Gore and Jason Smith, with kind of a sports/cosplay mashup chat going on.

My Wife Hates Me
Tyson Saner - who continues to amaze me and delight you with his ability to send along multiple clips every week for this show - grabbed a clip from My Wife Hates Me with husband-and-wife comedians Rich Vos and Bonnie McFarlane, along with their guest (and past Succotash visitor) Andy Kindler.

But we’re not done with Rich Vos yet. While at the LA PodFest, he hopped over and guested on… 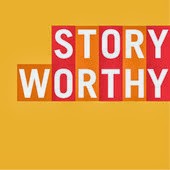 Story Worthy
I ran into Christine Blackburn from the Story Worthy podcast in the Podcast Lab at the Festival. She hung out for a little bit – long enough to record an ID for the show but not a real interview. She had to run off to do her show, where one of the guest spinning a tale was Pearl Aday, who talked about meeting and bowling with Michael Jackson when she was just 10 years old. 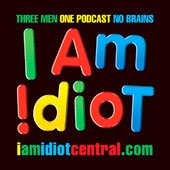 I Am Idiot
I was trying to keep the clips on this episode reined in to just Podcast Festival shows, but there’s just too much going on. I like to celeberate when podcasts hit their Episode 100 but this time it’s a bittersweet hurrah. Our friends Howard, Keith and Ben in England, the brains behind the I Am Idiot podcast just dropped their centennial epi but, at the same time, they’ve announced it will be their LAST episode as well. Bummer. I swapped a couple of tweets with them and I found out that they had always planned to put in 100 shows and then move on to something else. So here’s a taste of the Final Idiot…

Phil Hendrie's Hmm Mmmm with Bobby Dooley
Back to the LA Podcast Festival, where Phil Hendrie was on hand with Phil Hendrie’s Hmm Mmmm with Bobby Dooley, one of the better known characters from Phil’s long running radio show. I’ve heard Phil as a guest on a couple of podcasts and, although he’s still doing some radio, he is embracing the podcast model. Here he is, as Bobby Dooley and her husband occasionally, along with his guest and Podcast Festival co-organizer Graham Elwood. 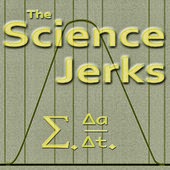 The Science Jerks
Tyson Saner found us a two-fer! One of the live shows at the PodFest was Stuff You Should Know with Josh Clark and Chuck Bryant. But they haven’t dropped their festival episode yet. They did sit down with Dave Ciaccio and Robert Chan, hosts of The Science Jerks podcast, for an interview in the Podcast Lab. Funny enough, I saw this interview going down about 6 feet away from where the Succotash table was set up. The guys talk about the theft of Einstein’s brain.

Hope you don't mind that this show runs about an hour and a half with everything we've got going on. Once you've heard the clips, take some time out to go listen to these shows in their entirety. And, when you get done with that…don't forget to please pass the Succotash!