We're back. Vacation break over, me, Joe Paulino and the rest of the Succotash crew are together again and rocking Studio P in Sausalito.

Episode 7 features no guests or interviews but we DO have clips from eight comedy podcasts, two Bursts O' Durst with comedian Will Durst and Where's The Coffee?, an original tune by our musical director Scott Carvey. (Listen to this episode for information about when you can expect to hear — if our plans hold up — both Scott and his brother Dana (do the math) live in the studio in an episode in the near future!)

Here's what we've got in store this time...

• Burst O' Durst (x2)
A double dose of political comedian Will Durst in this edition. Catch Will at his home site at http://WillDurst.com or on Twitter as @WillDurst.

• The Apple Sisters
One of podcasting's fastest rising shows, Kimmy Gatewood, Rebekka Johnson and  Sarah Lowe are The Apple Sisters, bring their 1940's flare with a 21st century sensibility to the webwaves. Guest Jason Ritter joins them in this clip. Get more at http://TheAppleSister.com or on iTunes.

• Chris Porter's General Store
Comedian Chris Porter, a finalist on Season 4 of Last Comic Standing, rants a bit about obesity and wonders why people in Texas can even be fat. Load up on him at http://pantswise.com/generalstore or on iTunes.

• Nobody Likes Onions
So says host and comic Patrick Melton, who's joined by comedian Ryan Stout, who leads the discussion off into what a bad gig can be like...and can you recover? If you like what you hear, go get yourself a full helping at http://nobodylikesonions.com or iTunes.

• Comedy Buffet
What I can tell you is that the Comedy Buffet guys have a couple of dudes (Jason and Jesse) from Van Full Of Candy on their show where, in this clip, they joke about oversized food and diabetes. (What I can also tell you is that I'm a big, giant goober. In the podcast, I dress the CB boys down for not ID'ing themselves. Next time I'll read the email someone sends in all the way through. Michael Powell hosts the show, joined this time around by usual suspects Matt Bernier and Don Buley.) Have yourself a good ol' time over at http://TheComedyBuffet.com or iTunes.

• Judge John Hodgman
If you don't know who John Hodgman is, you've no one to blame but yourself. He's the PC in the PC and Mac commercials. He's a correspondent on The Daily Show. And, well, he's John Hodgman! On his podcast, which is patterned much like the old People's Court on TV, he hears "legal" cases of strange and dubious merit and then rules on them. In our clip, he sounds off after hearing some letters by listeners with questions. Hear the full stories at http://maximumfun.org or iTunes.

• Somebody And Me
A couple of guys from Chicago, Patrick O'Rourke and Rob Gregory, welcome guests Carley Moseley and Andy Kushnir from the sketch group Jeremy. In this segment, they try to get a fix on exactly what a hipster is all about. Hear more at http://somebodyandme.com or iTunes.

• The Unoffendables
Comic Tom Rhodes is joined here by Lou Angelwolf and Dana Gibson along with guest John Fugelsang. In the clip we have, John talks about his religion-flavored upbringing and how it helpd to shape his early comedy. There's more in store at http://trr.libsyn.com or iTunes.

• What Duvet Said
Jason Duplissea and Rob Celli sliced out their own clip and sent it along, entitling it "The Breast of Duvet". In the segment, they examine a news story in which a women fended off police with gouts of her own breast milk. Tasty stuff. Want more? http://whatduvetsaid.blogspot.com or iTunes. (And if you want even more WDS, I'm hoping to have Rob Celli in the studio with me for Epi8 as my special guest co-host!) 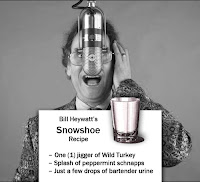 As you can see, Succotash Epi7 is stuffed with delicious podcastery. In addition, our booth announcer Bill Heywatt has a bit of a meltdown in studio (we're also featuring his unique spin on the classic drink, the Snowshoe), and we have a new commercial from our favorite sponsor, Henderson's Pants.

Until next time, be kind, rewind and, as always, pass the Succotash!

ten and a half years ago

Thank you for sharing this information. The information was very helpful and saved a lot of my time.