"This is Marc Hershon and you’re listening to Succotash, The Comedy Podcast Podcast." That's generally how I open the show and - yes - I know it’s repetitive. Me, saying the name of the podcast right after listeners hear the show's opening with our announcer, Bill Haywatt, where HE tells you the name of the show. 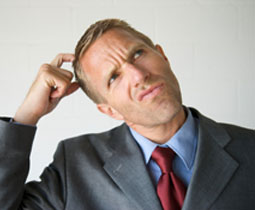 I bring it up because I’ve been listening – this week in particular – to so many podcasts that don’t ever remind you what you’re listening to that it started to seem odd to me. I know this isn’t terrestrial radio and that podcast listeners what they've downloaded or are streaming. But let's face it: People have terrible memories. (I know I do, as an sampling of one…) So some of you comedy podcasters might think about reminding people the name of the show they’re listening to and also who’s doing the talking. Otherwise it’s going to be a whole lot of “Hey, I heard this great podcast the other day. It had this guy who did that thing, you know? It’s called…something. I think it starts with an 'R'…”

And that's not going to help you to get and maintain new listeners.

People often ask (or I imagine them asking, anyway…) "How can I help your podcast?" I won't belabor the Donate button on our SuccotashShow.com website. But if that's not what you mean by help, you can always go to iTunes via your computer and look up Succotash in the listings, then click on five stars and jot down a short, 2 or 3 sentence, writeup about how you like the show. If you listen via Stitcher, you can click the Thumbs Up button. And, as always, you can simply just tell your friends about us or, as we like to say, pass the Succotash.

On the back half of this show, we'll be playing episode 2 of Boganwood. We started playing all eight episodes in the first season last week and we'll do one an episode until they're all played. Just prior to this episode's installment of the novel pod mini-series, I speak with Jason "Jabs" McNamara, the Boganwood head cheese (actually,  as producer, director, writer and talent on the project, he's pretty much all the cheese...) via Skype from Canberra, Australia, and he gets into where the idea for the show came from, the characters and the white trash world they inhabit.

Here are the show that were movin' and shakin' this past week as the most as The 10 Most Active On The Stitcher Top 100 Comedy Podcasts:

And for those of you keeping track, Succotash this week rang in at #5036, which is up about a thousand places since a month ago, so we’re moving up, too!

Our Ambassador to the Middle , that Raging Moderate himself, Will Durst, gets a little misty-eared as he regards America's latest 4th of July birthday bash.

Our chief sponsor, Henderson's Pants, is back with a new line of trousers - the Peer Sucker Pants! Don't miss our commercial for this one. 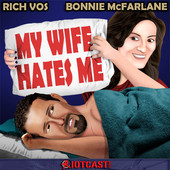 Moving up into the Stitcher Top 100 Comedy Podcasts this week at #86, this podcast features a pair of married comedians, Rich Vos and Bonnie McFarlane. They call it the podcast they swore they’d never do and yet…here it is. They talk about themselves, their lives, their child, the comedy business and, no matter what angle they take, they seem to mostly be at odds with each other.

We recently featured a snippet of host Paul Mecurio interviewing Jay Leno – great in-depth chat – and now he’s done it again, grabbing a podcast rarity by talking with Sir Paul McCartney! In the clip we got, Paul asks Paul about where The Beatles got the confidence to go from the music that had gotten them to the top and put out something as daring at the time as Sgt. Pepper. 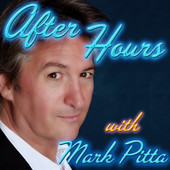 The Hobcast
I just mentioned the wide-ranging category of comedy podcasts and I forgot to mention trolls interviewing sketch comedians. There’s only one I know about and that’s the Hobcast with Hob the Troll aka Stevo Doccerson. The toast of Renaissance Faires across the country, and the star of Hob Sings!, a CD with his legendary music – songs such as “I Hate Goats”, he recently brought his unique speaking voice to the podcast universe. In this clip, he’s chatting with King John, aka Mark Gagliardi from The Thrilling Adventure Hour podcast.

We’ve been big fans of Michael Ian Black along with Tom Cavanagh with their Mike And Tom Eat Snacks podcast. But there hasn’t been a fresh epi of MATES since may and now there’s a new podcast with Michael Ian Black and Michael Showalter – both of whom were in The State and also Stella. Maybe MATES is delayed? ON hiatus? Gone away? I don’t know. Ostensibly, this new format is a way for two funny guys to address more serious issues but, as you might be able to hear in this clip, their tongues seem to be lodged in their cheeks a bit…

See You Next Tuesday
I discovered Troy Saple’s See You Next Tuesday podcast just by surfing through iTunes’ New & Noteworthy this past week. But it turns out that this isn’t a NEW podcast, it’s a show that’s been on hiatus for the past 18 months, ever since the host had to do some jail time for a DUI. He’s been out on probation, clean and sober, but with frequent and random drug testing and whole bunch of other restrictions. So he hasn’t been feeling podcastery until recently, when the itch has begun to return. The last time he hit the podwaves was in 2011 and I gather he was interviewing comedians and musicians. Maybe he’ll go there again but, for now, it’s just a man and a microphone.

Mike Ward Is Full Of Shit 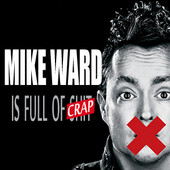 Mike Ward is a Montreal-based comedian and I gather he performs in both English and French – or Quebecois. He’s been named one of the top 25 Comedians of All Time by the Just For Laughs festival. His podcast is called Mike Ward Is Full Of Shit EXCEPT on iTunes and Soundcloud, where he’s had to sanitize it to: Mike Ward Is Full Of Crap. In the clip we have, he’s talking about how he went to LA to find a writer to help with a new show and he happened upon the legendary Paul Mooney.

The More You Nerd

Here’s another show I discovered in iTunes' New & Noteworthy. (Of course, they’ve had over 80 episodes. I’m beginning to think “New & Noteworthy” is like the term “Overnight Success”.) These guys nerd out all over the place about all kinds of things. This clip is from the episode “Obscure Reference #6: America, Aliens and Ghosts”, and here Myles, Patrick, Mike and Drew duke it out – metaphorically speaking – on which are the best and worst ghosts.

That's the basic rundown for Epi62 of Succotash. There are some bells, whistles, and other assorted goodies in the show this time around, including a revisit with Dana Carvey from WAY back in Epi3, and some classic old radio comedy from a show called The Bickersons. So enjoy and, even if you end up stuffed to the gills with podcast, please remember to pass the Succotash with your friends.