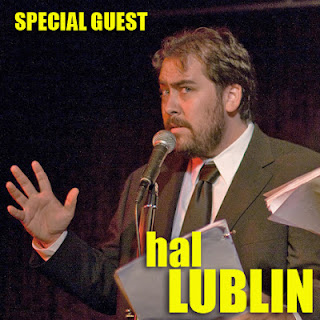 Here we are, smack in the middle of Epi49, just one 'sode away from our 50th show! Exciting! And we have a wonderful Special Guest this show — Hal Lublin! If you're a fan of The Thrilling Adventure Hour, then you've heard LOTS of Hal because he's all over that show as both the announcer and filling out a number of roles in the various sketches.

When I interviewed TAH's co-creator Ben Blacker back in Epi37, he told me that I really should try to catch the show live. And I finally got the opportunity this past weekend when the entire cast and orchestra traveled north from Hollywood, California, America to appear at the 12th Annual San Francisco Sketchfest. I got to see Hal and the rest of the gang put on a very funny show (they performed twice, actually, back to back) and Mr. Lublin was kind enough to sit with me before making the trek back down south.

Our podcaster friends can relate when I say that Hal, while he exercises his voice on behalf of TAH as well as cartoons and other voiceover work, still holds down a fulltime day job. AND is perfectly happy to continue doing so. He tells us why during the interview, as well as some "tricks of the trade" when it comes to taking care of those precious pipes.

Two new entries into the Top 10 Comedy Podcasts as reported by Stitcher Smart Radio this week. (STILL no movement in the upper six spots, though - those podcasts are wedged in tighter than a sumo wrestler's mawashi.) And we clip the two newcomers this week so you can taste a sample.

In the TweetSack this week is an email with an attachment from Davian Dent, the host of The Bitter Sound Podcast. He's recorded a song - a parody of the Sid Vicious take of Sinatra's My Way, which is dedicated to the podcasters that have supported his run of six shows he's done so far. And he mentions those podcasts by name (including Succotash...at the very end.) So I've put the song at the very end of the show in kind - hope you enjoy it!

It seems I'm enjoying a tiny surge of demand the last week or so, as I have been interviewed by Jason Parsons at the Seven Days A Geek podcast as well as by Adam Harris from The Standup Chronicles show. Those drop soon so click on the links above and check 'em out when they do. The end of next week I'm off to LA for a few days, where I'm scheduled to appear on Combat Radio, live on Friday morning, February 22nd, with host Ethan Dettenmaier. Should be fun!

This week I'm reviewing a pretty funny show that's been flying under my radar every though they've now got 99 shows under their belt: The Ardent Atheist with Emery Emery and Heather Henderson. as my portion of This Week In Comedy Podcasts over on Splitsider. 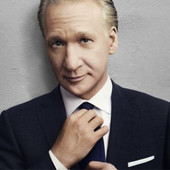 REAL TIME WITH BILL MAHER
Take a hit HBO show and dump it into iPod’s podcast directory – BAM, instant hit video podcast. That’s Real Time with Bill Maher. No fuss, no muss. If you saw it last week on TV, then you probably WON’T download it this week. But if you MISSED it…now it’s free.

SMODCAST
The original SModcast that started Kevin Smith’s SMOdcast network. (A network that's now celebrating its sixth year anniversary.) They haven’t been around THAT long – this clip is from Kvein Smith and Scott Moser’s latest edition, #238.

SEVEN DAYS A GEEK
As mentioned above, I was recently interviewed by Jason Parsons over at Seven Days A Geek – the show we did was kind of a nuts n’ bolts about podcasting – and the least I could do was ask him to send along a clip from his regular show for us to feature. In the clip we have, Jason is getting the lowdown from his pal TK1 on how his buddy managed to break his toe.

THE BRAWDCAST
The three women behind the Brawdcast take webstealth to a whole new level  — on their homesite they’re only known by their Twitter handles: @ButtRockBetty, @JennieK97 and @HollzInSeattle.  The first two are the talent, the third is their producer. And in this clip we’re hearing about the art of spanking. In public, no less.

THE HALF SCOOP
I’ve heard form the boys over at The Half Scoop podcast - that’d be Stephen, Corben, and Bryce – that they’ve been tweaking their format. They just rounded the 25-show mark so we give a listen to the newish-sounding Half Scoop!

TALES FROM THE ATTIC

So little information on their website, but here’s a line from Seth Wright & Zack Bennett's listing on iTunes: “Underwhelming, crude episodes filled with ramblings and random banter from Seth and Zack.” In this clip, war stories on performing on the road are re-hashed guest Angelo Warner.

Not really a clip but a self-contained feature from the brain and attendant mouth of our Ambassador to the Middle, political comedian Will Durst. In this installment, Will gives out his own brand of mythical statuettes to some political worthies in this award season we're entering.

There's what's in store for you this epi. Keep in mind the next show is our FIFTIETH episode (!) and we're going to celebrate with a show-long interview by the three-man cast of Superego, one of the hottest podcasts around. Until next time, please remember to pass the Succotash!