I have declared myself to be a "counter Resolutionist" this year and, accordingly, 2013 is right on track since I have broken no resolutions. You can't break what you don't have.  Been suffering from some kind of viral crud (I'm not talking about an onslaught of cute kitty videos) that's going around the past few days but I don't think it's the flu. More like a cold. Whatever it is, it's taken up residence in my throat and sinuses, and will be making a guest appearance during this episode. 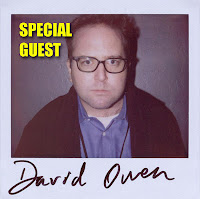 Our Special Guest is no virus although, with David Owen's tenaciousness at lining up comedy groups and venues for the San Francisco Sketchfest, he could be mistaken for something contagious. Last year about this time we had Cole Stratton, co-host of the Pop My Culture podcast, former member of my improv group The Riffingtons, and one of the three founder/producers of the  Sketchfest. For the 12th year of the 'fest, Mr. Owen joins me to talk about this year’s upcoming exciting show. 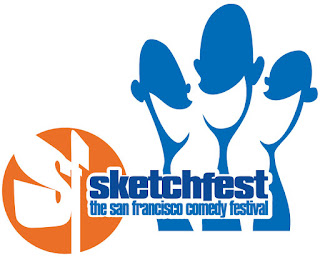 If you’re in or near San Francisco between January 24 and February 10, check out the amazing lineup and get ticket at http://SFSketchfest.com You can also follow info about the show on Twitter by following @SFSketchfest.

As we started doing on the show (and in this blog) last week, here is the latest Top 10 Comedy Podcasts from Stitcher Smart Radio:

This week we're featuring Jesus Walks by Karen Kilgariff from her album, Behind You. Find it and other goodies, such as Karen's tour schedule, at http://KarenKilgariff.com

Although I don't have any resolutions for the New Year, our in-house political comedian and Raging Moderate Will Durst does. and he's not ashamed to share them in this epi's Burst O' Durst. Catch more of Will's musings at http://WillDurst.com 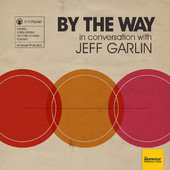 By The Way – In Conversation with Jeff Garlin
This new show jumped into the charts at #9 for its very first week of life. It’s over on the Earwolf network and the show is recorded live in front of an audience at Largo in Los Angeles. For his first outing, host Jeff Garlin has tapped Larry David, the co-creator of Seinfeld and with whom he works on Curb Your Enthusiasm. It’s over an hour of rollicking conversation and the audience LOVES it, as you can hear in this clip.

This Week With Larry Miller
He’s back! I mentioned last episode that comedian/actor Larry Miller was finally well enough to return to the podcast waves this past week. The first new episode of This Week With Larry Miller dropped last Thursday and most of the show Larry talks about the freak accident that landed him in the hospital, a medically-induced coma, and months of rehabilitation. And he does it in classic Larry Miller storytelling style. (Because that sort of thing is so hard to clip, I’ve opted to tease you with his Joke Of The Week, which is just Larry telling an old joke.)

Double Talk Radio
At Double Talk Radio, Double K and one of his guests from this episode, Matty, have a story to tell. And you’ll probably hear from DK’s co-host Cookie J and their other guest, The Hick. The audio quality of this cast is less than our usual standards, but they’re got something going on it seems – been on for awhile and have a lot of loyal listeners. 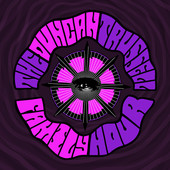 Duncan Trussell Family Hour
With well over a hundred episodes of the Duncan Trussell Family Hour under his belt, comedian Duncan Trussell's guests include comedians, actors and people from all sorts of interesting directions. Most recently his focus in his pre-interview portion of the show has been focused on a probable diagnosis of testicular cancer. Our hearts go out to him and we wish him a safe recovery. And you have to admire he spirit with which he approaches such a heavy thing, as heard from the beginning of a recent episode…

The Geek Generation
The Geek Generation, with co-hosts Rob Logan, Mike Volpe, Anna Zifcak, Mikey Arsenault, is another podcast that’s passed the century-episode mark a while ago. They cover ANYTHING remotely geeky – video games, movies, TV, comic books, tech, animation – you name it, they’ll eventually get around to it. And even though co-host Anna Zifcak has grown up by buying a house and now she’s about to get married. But a geek can’t have an ordinary wedding now, can she?

Wheelbarrow Full of Dicks
That’s the name of a podcast featuring Mike, Drunk, Paul, and Nappier – four guys I know very little about because – as is often the case – 84% of podcasters have an aversion to revealing much information about themselves. (I got that stat the same place I found out that 72% of podcasters make up statistics.) Anyway, Wheelbarrow falls under my heading of being an STS show – Shooting The Shit – and these guys will go anywhere that there’s conversation to be had.

That's about it for this episode. Appreciate you stopping by. Appreciate you even more if you wanted to hit the Donate button in the upper right hand corner of our homesite. Or do you Amazon online shopping by getting there through the carousel on the bottom right of our http://SuccotashShow.com site. You can even ignore the offers for the Hallmark Channel movie DVD's that I wrote or the I Hate People! business book I wrote if you want to - but for every product you buy when you go through our page's portal, we get a li'l kickback from the online store named after a big, dirty river.

Even if you can't or don't donate or buy anything, could you do me a favor and remember to pass the Succotash?