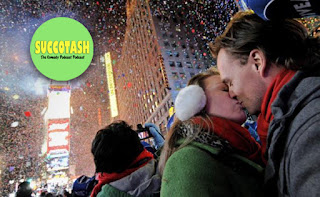 Happy New Year! 2012 had many ups and downs, and that counts in comedy podcasting, too. Some podcasts went off the rails — such as Affirmation Nation and The Gentlemens' Club — never to be heard from again. While at the same time, milestones were passed for others.

What did WTF, Nerdist, and Never Not Funny have in common? They all dropped their 300th episode this year! Congrats! And You Made It Weird, Who Charted?, Walking the Room, The Long Shot, and Sklarbo Country all turned the corner on their episode 100 in 2012. And the granddaddy of the comedy podcast ilk, Tom Scharpling's The Best Show On WFMU, actually rang up its 500th episode!

I came up with the idea of doing a Top 10 Comedy Podcasts of 2012 but, unfortunately, the concept hit me the day before I was going to record Epi45. I didn't have the time or even a methodology in mind to pull it off, so I did the next best thing. I borrowed a list from the AV Club. They had their panel of reviewers dole out 50 points a piece amongst the podcasts out there in the universe, did careful calculations and considerations before posting their list. I swear we'll do something like that…next year. In the meantime, here's how the AV Club's list shook out:

This list was meant to be from ALL realms of podcasts but, as you can see, the majority are comedy-based in nature. Three of them have never been clipped on Succotash before, so we make up for that in this episode, with the exception of Savage Love, hosted by Dan Savage out of Seattle, Washington. The reason being that it is not a comedy p'cast but, instead, a very good and somewhat edgy relationship and sexual advice show. (It's currently #1 on Stitcher's Lifestyle & Health Top 100 list.)

Last episode was our Succotash Christmas Card episode to those podcasts in the Pod Mafia collective of internet shows. But there are also a group of shows that have been very supportive of not just our podcast but a number of the Pod Mafia shows as well, so I'm referring to them as the Pod Mafia Irregulars. And this episode we pay tribute to them by clipping some recent editions of The Brit & The American, The Clutch & Wiggle Experience, The Random Variety Show, Toggle The Switch and Bonn And Obo.

This episode's music break is furnished by the duo of Paul & Storm. It's their song Nugget Man, a salute to Robert C. Baker, inventor of the Chicken McNugget. Please click on their name to be linked to their most excellent website, which is festooned with their many musical selections! They also have a podcast you should check out, entitled Paul and Storm Talk About Some Stuff for Five to Ten Minutes (On Average).

This time around, our Ambassador to The Middle, political comedian Will Durst gives us is Ode to Twenty Twelve. 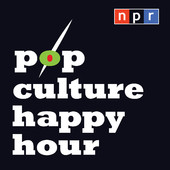 Nerdist
Congrats to Chris Hardwick, Jonah Ray and Matt Myra! Their Nerdist podcast hit Epi300 this past week or so. And to celebrate the moment, they returned to whence they began, doing the podcast in the office of Thomas Lennon’s house. Lennon was their very first guest and (for my money) he is one of the funniest guests in podcasting, ranking up there with the likes of Paul F. Tompkins. 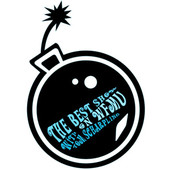 The Brit & The American
The Brit and The American – namely Alba Lewis and Tom Moore – have translocated to Peru for the next 6 months but continue to pump out the podcasts on a regular basis. We feature a taste from a recent episode, which I think is PRE-Peru.

The Clutch & Wiggle Experience
Your hosts Rob and Craig (along with K-Love) take you on a verbal whirlwind as they spin, annihilate and humiliate everything and anything in the world today. Straight from the basement on a real air hockey table, they bring comedy and "justice" the way no one else sees the world. (Their CWERadio.com also rebroadcasts episodes of Succotash each week!

Random Variety Show Podcast
Charley Miller is a good friend of Succotash and we’d be remiss if we didn’t include him in this belated Christmas card to the Pod Mafia Irregulars. In this clip Groucho Marx, who handles most of the heavy lifting when it comes to the interviews on  RVSP, talks to Libby Marie and Lishia from the Two Funny Girls podcast. 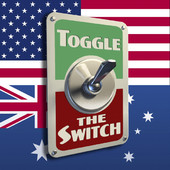 Toggle the Switch
Cross-Pacific podcast Toggle The Switch features Susan Wygmans from America and Carl McAteer from Australia. Susan started out as part of the Cuddlah Army, a total fan of Walking The Room with Greg Behrendt and Dave Anthony, and now she finds herself with listeners of her own. We have a snippet of their show talking about “humpy time” and, right after that, we’ve got a little holiday message from the pair that was delayed due to a snag in our Tweetsack.

BonnAndObo
Here’s a show that’s definitely Pod Mafia worthy, not to mention they are requesting some guest vocal input from our very own Bill Haywatt. I’ve sent out a request to Bill’s favorite watering holes and, if we can get him upright long enough to record those lines, we’ll get them to you. In this clip, they bring in a very special guest.

Epic Rant Radio
As part of Epic Rant Radio with Andre and Eric, they have a feature called “Rounds”, where the two guys go at it over certain subjects. In this clip, it’s the merits of watching old Sex And The City versus Glee.

King Meany
A few episodes ago, I talked about a new sketch group out of England called King Meany. Liam Beirne, Andy Goddard, Shem Jeffs, Natalie Feehan, and Lizzie Milton were getting ready to start podcasting and now…they have! 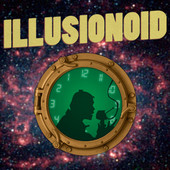 Illusionoid
One of my personal favorite podcasts is out of Canada. Illusionoid, with Paul Bates, Lee Smart, and Nug Nahrgang. This was their holiday offering, The Christmas Ninjas, and we play the whole thing.

In the coming year, I'm hoping to have more interesting interviews with podcasters, comedians and interesting people from the world of entertainment. I also hope to keep up a regular release schedule, which should be welcome news for those of you you enjoy a helping of Succotash you can depend on. And I'm going to feature a recipe for actual succotash at the tail end of every episode this year that I've found online. Why? Just to help you to pass the Succotash even more!