I'm trying desperately to get this edition of the Comedy Podcast Podcast up while it is still officially International Succotash Day. (As so declared by the inimitable Jabs of The DHead Factor podcast in Australia.) All day long our podcaster friends have been tweeting and messaging words of praise and support for the show — thanks, everybody! — and I've been enjoying seeing the number of downloads and the reviews and ratings go up!

Great fun this episode with my special guest co-host That Chris Gore onboard. Chris, the host of the PodCRASH podcast as well as regular on G4's Attack Of The Show, was in San Francisco for Stitcher's Podcast Awards. We talked about his tenure as publisher of one of my favorite magazines, FilmTHREAT, as well as his multi-pronged career doing all kinds of cool stuff in TV, the internet and film.

Chris picked some nice clips for this epi, all of which I'd never covered before, and after we talked about his podcast — listeners of Succotash have heard from PodCRASH here previously — where he appears on other podcasts, then plays excerpts on his show. Which means that you've be able to hear part of this episode of Succotash on a future episode of PodCRASH. It's as about as meta an experience as you're likely to find.

Last Minute: Since I was late getting this up, I can tell you that I DID end up attending the Stitcher Awards with special guest co-host Chris and it was a grand time. I met the CEO of Stitcher, Noah Shanok, and even got a picture with the evening's host, WTF's Marc Maron. Sadly, though nominated for both Best New Show and Best Album Artwork, Chris didn't end up taking up an Itchy or whatever they call their awards.

Joe Rogan Experience
Comedian and UFC commentator Joe Rogan, well-known for hosting TV's Fear Factor, hosts a daily podcast where he talks to other comics, friends and just plain interesting folks. His show is part of the Deathsquad network of podcasts. 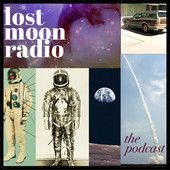 I met someone attached to Lost Moon Radio at the LA PodFest in October and he suggested I check it out. Now we're doing the same for you. Chris and I both loved the sound and feel of this sketch group out of Los Angeles, high prise considering this is only their third podcast.

Pointless: With Kevin Pereira
Best known as the co-host (and Chris Gore's colleague) on Attack Of The Show on G4, host Kevin Pereira has kicked off a new podcast on the Deathsquad network. In this clip he's chatting it up with successful YouTube video creator Freddie Wong.

No Pressure To Be Funny
I'm a huge fan of dry, witty, and biting British comedy. Having cut my teeth on Monty Python way back when they first crept into the US, I'm pleased to discover No Pressure To Be Funny. Hosted by James O’Brien, created by with Nick Revell and Alistair Barrie, each episode pulls a panel together from the arts, media and politics, where they then chat about that week's news in front of a live audience. This clip features Revell with a monolog about the war in Afghanistan, in a style that smacks of Douglas Adams. Brilliant.

Throwing Shade
Chis brings in this clip from Throwing Shade, a new-to-me podcast. Hosts Erin Gibson and Bryan Safi are both prolific writers and comedians whose weekly show focuses on politics, entertainment, gay rights and women's issues. This is pretty damn funny chat. 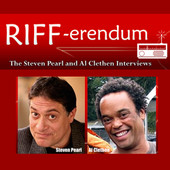 San Francisco-based comedians Steven Pearl and Al Clethen, a couple of buddies of mine, started up RIFF-erendum so they could converse with some of THEIR favorite comedians and musicians. In the latest episode, they chew the fat with fellow Bay Area comic Jeff Applebaum.

We close out Epi42 with the return of Will Durst and his Burst O' Durst. With the elections over, our Ambassador to the Middle sets his sights on what the lame ducks in Congress are doing…or not doing…as the year winds down.

We're hoping to grace a pre-Christmas episode with a live appearance by the aforementioned Will Durst. By the way, if you're doing some driving over this holiday season, just remember that a long car ride is an excellent place to pass the Succotash!