I’m back from the first Los Angeles Podcast Festival, which was about a week ago. It was pretty much a success and more well organized than you might imagine four comedians — Dave Anthony, Graham Elwood, Chris Mancini and Andy Wood — might be able to pull together. There were some interesting panels on how to promote your podcast and how to soup up your technology, stuff like that. And a bunch of live podcasts, everybody from Greg Behrendt and Dave Anthony’s Walking the Room and Superego! to Fitzdog Radio and Doug Loves Movies. Doug Benson’s show included Marc Maron, Zach Galafinaikis, Steve Agee, Todd Glass, and Dave Anthony. It was the most hilarious train wreck of a live podcast you’re liable to see…or hear.

I got a chance to meet up with some of the podcasters that I’ve been tweeting and Skyping with over the past year or so but have never meet face to face! I had breakfast Travis and Brandy Clark from Tiny Odd Conversations and Susan Wygmans from Toggle The Switch. I recorded our conversation for the heck of it so for those really curious about what four podcasters like to shoot the shit about, just click on the player below. (It's like a Succotash bonus track!)

Here's what waiting for you in this exciting episode...

Firstly, my background music: If you like Bluegrass, check out the tunage behind me in the show's opening. That's It's Okay To Pick It by comedian Denny Johnston and Mark Linford. You can get yourself a copy and can rate & review it for them over at CDBaby, iTunes or on Amazon.

Epi38 features my interview via Skype with friend-of-the-show Dave Nelson, host of the Comedy A-Go-Go podcast and who recently dropped his 100th episode. David interviewed me right after the very first episode of Succotash landed and I'm a little embarrassed it's taken this long to return the favor.

As far as the clips for this episode go, I was so inundated by the popular shows at the Podcast Festival last week that I thought I’d try to feature clips from shows you might not know about, and a few that you might because I’ve featured them here before.

Our first clip is from a pretty new podcast, the Chick N Dick show with John Simmonds and Lindsey Mogul. John was the co-host of a show called the Truth or Truth podcast which made it to 57 episodes before he and co-host Brandon called it quits but now he’s back with a woman on the other mic so we’ll see how it goes…

According to their site, Podkward hosts Emilio Rossal and Engineer Cesar chat with actors, musicians, filmmaker and hobos about a variety of topics including movies, relationships, strange rashes and more. 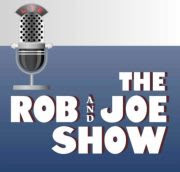 We’ve heard from Rob Maher and Joe Robinson of The Rob & Joe Show out of Baltimore before. They’re always got some interesting chatter going on and, in this clip, it’s about Rob’s encounter at a standup show with a blind audience member after the show. They livecast every Monday night at 7:30 PM East Coast time at their homesite.

In the second clip we've played from The Rigid Fist, host Kat Sorens and his guest Carl MacAteer start out talking about exercise apps and end up in somewhat seamier territory.

I’m not quite sure what the thing is with the Ben-A-Pod podcast. Host Benjamin Bubb has guests, features, chat, and “audio drama” but Ben’s voice is electronically modulated throughout the show. It’s like listening to a Stephen Hawking podcast. I’m not sure if it wouldn’t drive you crazy hearing it all the time, but it’s definitely different. Especially this clip which get super-meta as Ben-A-Pod calls an automated help line. 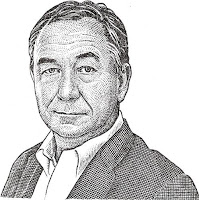 I actually shouldn’t be playing this epi's Burst O’ Durst with Will Durst because it’s kind of time-sentitive — it’s based on the second presidential debate and now the third and final debate has already come and gone. But it’s Durst, dammit, so here it is!