Although episode 36 of Succotash finds us back in Studio P ("The Home of The Hit!"), it's without the benefit of our engineer/producer Joe Paulino this time. Under the unsteady hand of booth assistant Kenny Durgess, the good ship Succotash manages to make the journey through the rocky shoals of podcast clips and interviews (not to mention a new Boozin' With Bill segment) to arrive in one piece in your ears. 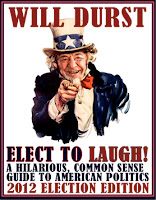 I'd planned to have Will Durst, our Ambassador to the Middle and the funniest political comic this side of Congress, live in the studio. He's just put out a new e-book, Elect To Laugh, a collection of his syndicated newspaper columns and I figured he'd snap up the chance to plug it. This being an election year with very little time left on the clock, it’s a political comic’s busiest season so we'll have to reschedule for right after Libertarian President Gary Johnson gets sworn in. (See what I did there? It's a joke about the fact I probably will never get Will into the studio...) You can click the links here or visit http://SuccotashShow.com and look for the cover of Will's book for a link to where you can buy and download a copy. Not to mention that with close out this edition of the show with our usual Burst O' Durst.

In the realm of other things comedy, apropos of nothing having to do with this podcast, I was at the 32nd annual Comedy Day in San Francisco Sunday before last. It's a big tradition in the history of Bay Area comedy, dubbed by the event's originator, the late Jose Simon, as the local comedy scene's version of a company picnic. I hung out backstage, said howdy to a bunch of comedian friends I probably won't see most of for another year, and enjoyed a rare warm and sunny summer day in Golden Gate Park. 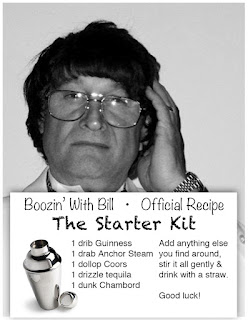 As mentioned above, show announcer Bill Haywatt stumbles into Studio P this episode to ply me with alcohol in another edition of his Boozin' With Bill segment. This time we literally are draining the dregs of this bit when he prepares the drink he calls "The Starter Kit", basing what we swill down on what he finds left in the glasses and bottles strewn around Studio P following some kind of wild party that went on there the night before we taped the show. Normally you want to follow a recipe pretty closely but, in the case of The Starter Kit, you can pretty much throw in whatever you find lying around.

Here's what is in the clip set for Epi36:

Fitzdog Radio
Greg Fitzsimmons has a great show not just because of the fact he’s genuinely entertaining and funny, but he manages to get some great guests, including producer/director Judd Apatow who, in this clip talks about supporting comedy (being a reformed standup himself), Tweeting too much and casting his own kids in movies.

The Geek Generation
Rob Logan, Bryan Lipsitz and Mike Volpe are within spitting distance of their 100th Geek Generation episode - congrats, guys - and thought we'd enjoy hearing a slice of their visit with Hollywood producer and former WCW talent Jeff Katz. He tells about the mistakes that were made in regards to Deadpool's character, ultimately resulting in him leaving production of the Wolverine movie.

Tiny Odd Conversations
Not just a clip from Tiny Odd Conversations this episode, but I actually Skyped it up with TOC cohost Travis Clark to dig into the detail of his upcoming Hashtag Comedy Show in Los Angeles. What started out as mostly a joke to get people to donate to his and wife Brandi's podcast has lunged out of control into a full-fledged night of comedy with the focus being on having his non-standup spouse get on stage to tell jokes.

The show is on for November 11 at The Other Door in North Hollywood. And you can get free tickets just by donating to the cause! So click over to http://TOCpod.com and help joke the life our of Brandi Clark!

We also play a clip from TOC feauring their first-ever celebrity chef segment with none other than Chef Eddie Vedder.

Podd Socks
First time on for a show from Down Under I haven’t heard of before, featuring a quartet of Aussie 20-somethings — Ben Dunlop, Kris Francis, Nathan Press and Jack de Zwart — sitting around and shooting the shite about "current events, pop culture, telling personal stories from their lives and analysing conspiracy theories" as their website tells it.

Cashing In with TJ Miller 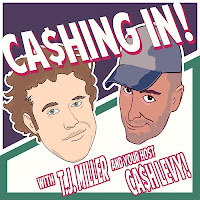 I've featured a clip before but I’ve loved the concept for this podcast ever since host Cash Levy told it to me so I'm playing some more. It’s supposed to be a regular talk show style podcast with various guests…but every episode the guest who was scheduled never shows up and comedian/actor TJ Miller is always called to fill in. This clip finds them in a riff about going back to where you grew up to do a comedy show and the kind of reception you get from the old hometown crowd. They also coin the term "hot pods".

Random Variety Show Podcast
Flattery may not get you many places but it will definitely get your comedy podcast clip on this show. Especially, as in the case of friend-od-Succotash Charley Miller, who has declared that listening to our podcast is what got him psyched up to do The Random Variety Show. Charley's 17.5 episodes into his show, which originates out of San Diego, and he features interviews with various locally-based performers as well as some unusual guest...like Groucho Marx.

Don’t Quit Your Daycast
Another fine fellow who’s leapt onto the podcasting soundstage recently is Ed Wallick, who’s also been venturing on the open mic stages around the Bay Area for the past couple of years. Like Charley Miller, he credits Succotash with showing him a way to do his own thing on the interwebs and it’s been fun watching him develop his format and style along the way. In this clip from DQYP, Ed teams up with Tiny Odd Conversation's Travis Clark to create Jesse vs. Jesse, a bit about battling Jesse Venturas. Venturai?

The Hustle
Co-hosts Will Gilman and Adam Tucker run conversationally amok with a variety of guests — comedians, musicians and — I think — random dudes off the street sometimes. In this clip they have fellow comedians Harry J. Riley and Justin McNiff in the house and they’re riffing about men having a limit on the number of erections we get in our lifetimes. 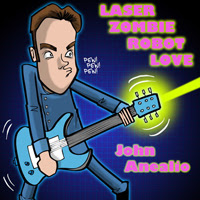 In addition to clips this episode, I feature Angy Robot, a cut off of the album Laser Zombie Robot Love by sci-fi/comedy musician (and past Succotash guest) John Anealio. Feel free to not only enjoy the tunage, but click over to John's site (http://JohnAnealio.com) and grab the whole album for yourself for just $5 bucks.

Finally, as promised on the actual podcast, here's the artist's rendering of yours truly by Angus Doodall Tommy Royal of the Royal & Doodall podcast, luxuriating over a steaming bowl of succotash. Truly a thing of beauty to behold. I should get the original from him and auction it off. 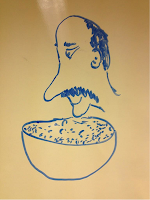 That's our show. Presented for your pleasure. (Here's joping Engineer Joe makes it back in time for the next in-studio edition of the show!)

Please remember to pass the Succotash.