Welcome to Epi31 of Succotash, the Comedy Podcast Podcast. Once again, I recorded my bits from my traveling studio, AKA my car. Long story. Suffice it to say, however that NEXT episode we will be back at Studio P with Engineer/Producer Joe Paulino AND a special guest co-host! That’s right. But this time we’ve got some clips and an interesting interview with a young filmmaker. A VERY young filmmaker. 16, to be exact, by the name of Dylan Price. 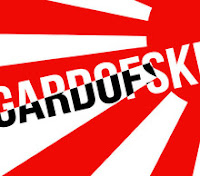 I wanted to chat with Dylan because I could see parallels between a young person, finding his way around in the early throes of learning how to make movies and a number of the podcasters out there I've come to know that are stumbling around on their way to learning how to produce a decent show. Listen to hear if you don't recognize a little bit of either yourself or someone you know who is excited, eager, and willing to do just about anything to do what they love.

Speaking of the interview, I need to apologize to Dylan. He had a campaign up on Indiegogo to raise money to fund his movie, Gardofski, the short we talk about. Try as I might, I could not get this episode done in time to do him any good. So I kicked in $50 to help him, but he still fell a hundred bucks shy of the $500 he was hoping to bring in.

Since Dylan is still working on his film, if you feel moved to help him out, you can jump up and click on our Donate button right on the SuccotashShow.com website. Just include a note with whatever you might want to give to him and I will pass it along in the form of delicious cash.

What else we got? Let me run it down for you... 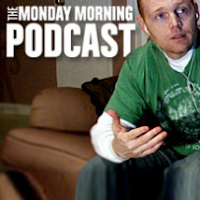 I really enjoy Bill Burr’s Monday Morning Podcast, although I haven’t had the opportunity to play much on the show before. It’s the simplest of frameworks: a man and a recorder. Very bare bones and Bill rambles on, not overly concerned with being funny as he seems to just wants to be engaging.

The internet is allowing for some really interesting things to happen in podcasting that would be very expensive to pull off in traditional media. Last episode I played a clip from when I co-hosted The Dhead Factor, with host Dabs in Canberra, Australia and me in Mill Valley, California. This show we have a clip from a show that does something similar all the time. Toggle The Switch features American co-host Susan Wygmans in Grand Rapids, Michigan, and her counterpart Carl Mac, who hails from Adelaide, South Australia. The other voice you’ll hear is their guest, Rob Flanagan and, well, I’m not sure where he’s from.

With Marcus, Brian, Bill, Joe, and Monica, Mental Poison (love that name!) blasts out of New Jersey live every Monday night, then replays forever on iTunes and Stitcher Smart Radio. These guys are loud, raucous and pretty entertaining. 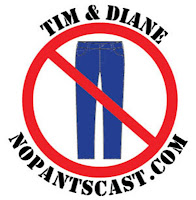 I’m grateful when the podcasters reach out and take the time to shoot me some info about themselves, with or without a clip. From LA, The No Pants Cast has less than ten episodes under their no belts so far, but they’re taking it seriously. Or comedically. Hosts Tim Chizmar and Diane Kawasaki along with their announcer, Cooler Tom Schuler, have guests, boundless conversation with no boundaries and, of course, no pants. In this clip they're joined by comedian Steve Mazan.

Here’s another show I am just now getting turned onto. Co-host Will Gilman dropped me a line and a clip. It’s one of what I like to refer to as those “shooting the shit” shows, but with only two hosts (Gilman and Adam Tucker), things don’t get horribly out of hand in terms of overtalking.

That's it for the clippage. We do have another Burst O' Durst with political scamp Will Durst (look for him at http://WillDurst.com or @WillDurst on Twitter.) We also got a call on the Succotash Hotline from J.V. of the JVMail podcast, so I play it for you during the TweetSack segment.

I sure am looking forward to getting back to the studio next time. You, too! Until then, please be darned sure that you pass the Succotash.