Yes, it’s me, Marc Hershon. Host and haberdasher for Epi160 of Succotash, the Comedy Soundcast Soundcast.It’s been a couple of weeks since we last dropped a ‘sode. Apologies, but life gets busy. Suffice to say we’re back.

On the Clips side we have a couple of snippets uploaded to us by soundcasters themselves. A bit of a show called Nothing's Good and another from a soundcast called Pretty Gross. 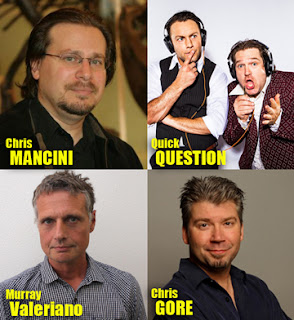 Over in the Chats department, I’ve got some interviews leftover from the 6th Los Angeles Podcast Festival that took place I nearly October. Chris Mancini, one of the co-founders of the Podfest, Jonathan Sadowski and Travis Clark from the Quick Question soundcast, Murray Valeriano from the Road Stories soundcast, and Chris Gore, who stopped by and we did kind of a simulcast – the interview has already been heard on his Film Threat soundcast.

In addition, we have a double dose of our Burst O’ Durst segment with political comedian and social commentator Will Durst. Get over to http://WillDurst.com to get a line on Durst Case Scenario, his one man show that’s been extended, playing every Tuesday night at the Marsh Theater in San Francisco. And also where he’s headlining with his comedy stylings. Plus the Big Fat Year End Kiss Off Show he does every year will be falling into place about now, and you can get times and places where that will be up on his homesite. You can also follow Will on Twitter @WillDurst and on Facebook, too!

The whole shootin’ match is brought to you by the good folks at Henderson’s Pants, featuring their Turkey Trousers just in time for Thanksgiving. Gobble 'em up!

Before we get further into this episode, I wanted to let you know that Succotash will be having the first LIVE episode we’ve done since this year’s San Francisco Sketchfest. It’s going to be at next year’s Sketchfest, on Sunday, January 14th, 5:30 PM at Piano Fight in downtown San Francisco. I’m not sure which guests we’ll have yet. Waiting to see whose in town that weekend. But I will tell you this – it may be the LAST episode of Succotash, at least in it’s current form. 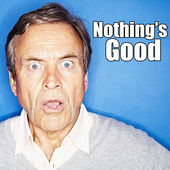 Nothing's Good
We heard from the Nothing’s Good soundcast when a guy named Adam direct-uploaded their premiere episode to our Hightail link with this note: “Here's the first episode of my podcast. It's a story telling podcast about messed up things that have happened to you. Use whatever you'd like from it.” There’s been about half dozen episodes since the one this clip came from, entitled “Slimy Peaches”. And so far there’s not a lot of information on their homesite. The About link reads: “Stories of failure and regret, by the worlds foremost regrettable failures. A storytelling podcast of things gone awry.” 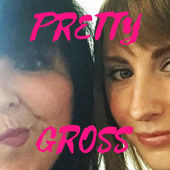 Pretty Gross
Grabbing another clip out of the Hightail direct upload bucket. This time we have a chunk of a relatively new show, call Pretty Gross, hosted by Alyssa and Kayla. Here’s the note they included: “Hey there! Here's a clip from Pretty Gross, episode 2, "Google It!: A Pretty Gross Halloween Special." In it, Alyssa & Kayla talk about their recollections of learning about womanhood, and how they don't want any of those questions answered by their moms. Enjoy!”

That’s going to do it for epi160 of Succotash, the Comedy Soundcast Soundcast. The next installment is going to feature a bunch of clip from horror and sci-fi movie soundcasts. Associate Producer Tyson Saner and I had harvested like 10 clips  which I was going to use for aspecial show with the Monster Party soundcast guys, but that never happened So before these clips pass their expiration dates, I figured we better make use of them.  Until next time, thanks for passing the Succotash.