Back to basics with Episode 11 of Succotash, meaning we've got a full boat of comedy podcast clips in store this time around and no special guests. Unless you count my impromptu discussion with legendary announcer Bill Heywatt. That happens. We also play our very first message that's come in on the Succotash Hotline. The only message, actually. At least so far. 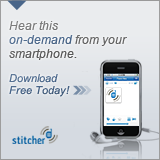 The biggest news on the Succotash front is that we've just joined up with the Comedy channel on Stitcher SmartRadio! If you're not hip to Stitcher yet, it allows you to listen to your favorite shows directly from your iPhone, Android Phone, BlackBerry or Palm phones. If you don't have Stitcher yet,  you can download it for free today at Stitcher.com or from your favorite app store. (If you're already used to listening to us on our website or download us from iTunes or grabbing it from our RSS feed, all that remains the same - Stitcher is just another way to pass the Succotash!)

We've been getting some nice kudos from a few of the podcasters out there (not to mention our fabulous listeners), so thanks! We don't think of ourselves as competition - we're really just trying to spread the word about podcasting in general and to let folks hear some samples of the programming that's available on the internet. So for those comedy podcasters that want to have us feature them on a future episode of Succotash, the Comedy Podcast Podcast, just shoot us a 3-5 minutes MP3 clip from a recent 'sode - send it along to marc@SuccotashShow.com and we'll do the rest.

Can't seem to get enough of Bob Ducca, Seth Morris' brilliant sad sack self-help health guru! In this clip, we get a peek inside Bob's medicine cabinet. You can catch him five days a week over at Earwolf, the comedy podcast portal that has recently been dubbed THE podcast place to be over at FunnyOrDie! Bob tweets, too! 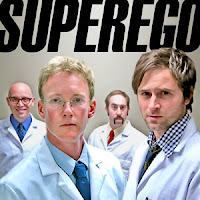 Another new favorite of mine is Superego. Fast-paced and very funny, these guys have several screws loose and a bunch of Hollywood-based guests to boot. Mostly improvised, beautifully produced, and with a shorthand language all their own, I make a comparison on the show to Superego being the 21st century's answer to the fabulous Firesign Theater. In addition to their homesite and iTunes, also catch Superego on Stitcher SmartRadio.

Hosts Derek Sheen and Douglas Gale are back for a replay on Succotash, this time with guest comedian Ahamefule J. Oulo (whose name I horribly mangle in my intro - sorry!) I have a warm spot in my heart for these guys, as they hail from the Northwest, where I did time a long, long time ago in a comedy club far, far away in Seattle. Check 'em on their homesite and iTunes.

First time in the Succotash for Joe Hammer and Dan Heinz. These guys are heavyweights (literally) in the movie biz and they split their time talking about pop culture matters, review movies AND previews (in a segment featured here called "Trailer Trash"), and they bust each other's ball occasionally, too. Get the big bucket o' popcorn for this one. Check 'em out on iTunes, Stitcher and their tweets, too. 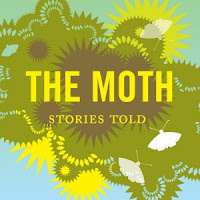 Sometimes it's not all about comedy. At least at The Moth. This is more like the NPR of podcasts. True spoken word performances, with subjects all over the map. Because Succotash is about comedy, we feature a story from writer Peter Hyman performed at one of The Moth's StorySLAMS. Catch their refreshing honesty at their homesite and on iTunes.

I was turned onto comedians Jon Schieszer and Erik Marino by friend-of-the-show Dave Nelson over on the Comedy-A-Go-Go podcast. While sports is not my bag, these guys are funny as they cover the wide world of them like a blanket. A funny, irreverent blanket. In the clip on the show, they're joined by national headliner Steve Byrne. Homesite and iTunes are the places to catch these boys.

"America Through The Eyes Of Two American Americans" is the tagline for this show featuring Seth Romatelli and Jonathan Larroquette. Long-running (290 epi's and counting!!!), UYD is a simple formula: Seth and Jonathan talking about pop culture and news of the day, ripped from today's headlines. In our segment, they talk about competing fat women. Find them at their homesite and at iTunes.

Intrepid politicomic Will Durst checks in for his regular slot, this time dredging up the new-old theory of Trickle Up Economics being exhibited by our elected leadership. Make his homeside a regular stop or click on his name to get over to his tweetstream.

To get even more of the Succotash experience, please hop over and Like us at our page on Facebook. Follow us on Twitter. Rate n' review us at iTunes. And don't forget that we're now also available for instant listening on Stitcher SmartRadio!

We'd love to hear from you to get your suggestions for comedy podcasts to feature on the show. Or maybe your comments and commentary about your favorite shows. Call into our Succotash Hotline any time, day or night - voicemail is standing by at (818) 921-7212.

That's about it for now. Thanks as always to Super Producer Joe Paulino and Musical Director Scott Carvey. Until next time, please remember to pass the Succotash!