Yes, indeed, I remain Marc Hershon, your humble host and all-beef luncheon meat for Epi145, the post-Christmas, mid-Hanukah, pre-New Year's installment of Succotash, the Comedy Soundcast Soundcast. I hope your holidays are being grand and we appreciate you taking us along during through this winter wonderland.

Unless you’re in Australia, like our friends Dean Haglund from the Chillpak Hollywood Hour or Jabs from the DHead Factor, because its summer down under.

Is there anything more festive than passing the Succotash for the holidays? I think not.

This is an installment of Succotash Clips, where we feature snippets from comedy soundcasts from around the internet. The lion’s share of this epi’s clippage comes from our Associate Producer Tyson Saner. I snagged a couple of 'em, but no one sent any clips in this time. You’re always welcome to, BTW, and it’s so easy – just click on over to http://hightail.com/u/Succotash and you can directly upload your 3-5 minute MP3 or WAV soundcast clips to us.

Coming up this show we’ll be featuring samples from the aforementioned Chillpak Hollywood Hour, Just In Time, Obsessed with Joseph Scrimshaw, Office Hours Live with Tim Heidecker, Pepper In The Salt Shaker, Talk It Out, and Tokyo Hotel.  In addition we have a double dose of our Burst O’ Durst segment with our resident political comedian and social commentator Will Durst. And this episode, as are they all have been since we started, is Henderson’s Pants, which is bringing back their Auld Lang Slacks just in time for the New Year.

A couple of places that I’ll be appearing live coming up in the New Year are both connected to the 16th Annual San Francisco Sketchfest, which takes place every January in the city. Over 400 shows and hundreds of venues across town – it’s a great time to be alive and a fan of comedy.

Sunday, January 15th, I’ll be moderating a discussion just before the 40th Anniversary screening of Kentucky Fried Movie. That’ll be live, onstage, at the Castro Theatre with director John Landis, and the producers – the Zucker Brothers and Jim Abraham.

A week later, on Sunday, January 22nd, we’ll be doing a live episode of Succotash, on stage at Piano Fight in the Tenderloin. Our booth announcer Bill Heywatt will be there, as well as some comedy soundcasts and comedians as well, for 90 minutes of fun-filled…fun.

You can find out all the information including ticket prices and locations by visiting http://SFSketchfest.com.

NO ONLINE REVIEWS THIS WEEK

Because of the holidays, I have no soundcast reviews on either Splitsider.com or Huffington Post this week. Instead, Splitsider asked me to write up a little piece on my “Best Medicine” to chase away the holiday blues – and that’s the movie Time Bandits! Terry Gilliam, the director, just had the whole thing remastered so it looks great and you can catch it streaming online now.

A FEW EXTRA SOUNDCASTS OUT THIS WEEK

I appear on a trio of soundcasts that dropped this week, so I thought I would provide you with links here. I am the Narrator for the Casa Mirth Christmas Spectacular, featuring a pile of soundcasters from all over the world. I talk about It's A Mad Mad Mad Mad World on the Movies Made Me soundcast with Cheryl Jones. And I talk about trademarks and branding with John Klymshyn on his Your StartUp Advisors soundcast as well. Check 'em out!

Chillpak Hollywood Hour
One of the drivers for me starting Succotash in the first place, nigh on 6 years ago, was listening to Chillpak Hollywood Hour, helmed then as it is now by those paragons of soundcast royalty, Dean Haglund and Phil Leirness. They are in the midst of their 10th year and just a couple of weeks ago dropped their 500th episode. To commemorate the event, or maybe it was just to do something different, Dean and Phil took a field trip to the historic Forest Lawn Memorial Park in Glendale – a cemetery of legendary proportions. Here’s a little bit of their meanderings. 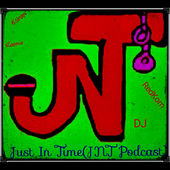 Just In Time
Our Associate Producer Tyson Saner clipped us off a hunk of the Just In Time soundcast and it’s interesting to note that this is one of those shows that is defined a bit by the fact there isn’t a whole lot of information about the hosts, the show itself of anything else that ‘s available to read online. You definitely have to be a listener to know what’s going on with Just In Time. Tyson could glean that one host is named Rookie or sometimes just “Rook”, and another is DJ. Plus there might be a third voice. It seems there may have even been a fourth host at one time. From SoundCloud Tyson got this description: “Small town comedy podcast. Three broke stoners with a hint of geek discuss everything from movies, comics, sports, random everyday life, and embarrassing personal stories. New Episode every Tuesday.” This clip is from Epi54 this past November 15th, and the episode is entitled “Legal Butt Bush In The Middle of the Bio Dome.” 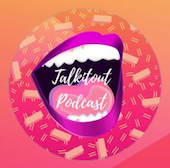 Talk It Out
Another Yuletide harvest from Tyson is from Talk It Out, which proclaims itself to be a “Millennial-focused podcast that is entertaining, educational and, at the same time, controversial.” The hosts are Gabby, KT, Joy, and Tuesday, and our clip is from their episode entitled, “Don’t Save Us; We Don’t Wanna Be Saved” You have to just love how Millennials tend to think they’ve pretty much got a lock on everything…and maybe they do. 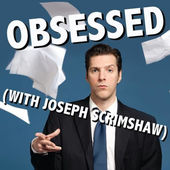 Obsessed with Joseph Scrimshaw
I’ve reviewed the soundcast Obsessed with Joseph Scrimshaw several times for Splitsider and I may have featured it here on the show once before. The premise is pretty simple -  Joseph basically brings on people to talk about a topic that they tend to obsess over. It’s a little like Jackie Kashian’s Dork Forest in that regard. In one of his most recent drops, Joseph and his guests get into the Beatles and Beck, which gets pretty down into the weeds as his guests are already prone to obsessing over minutiae — they’re Pete the Retailer and Alex Robinson, the hosts of the Star Wars Minute soundcast, where each episode is devoted a single minute of the Star Wars films. 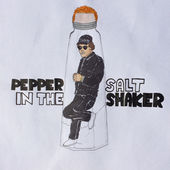 Pepper In The Salt Shaker
Tyson snipped us off a piece of a show that’s only been around since October, called Pepper In The Salt Shaker. I’m used to hearing soundcasts from people who don’t want people they work for or their parents knowing what they’re talking about so only go be first names or nicknames. The two hosts of P in the SS, who describe themselves in show notes on SoundCloud as "two new Hoosier millennial dads” go only by their initial D and AP. They refer to their show as a “hastily edited grab-bag of stories, rants and general dick-headery that will make you laugh, cry, and could quite possible make you shit yourself.” Okay. Talk order. See if this chunk has you scrambling for the Wet Wipes… 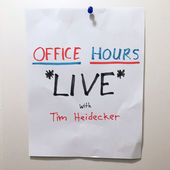 Office Hours Live with Tim Heidecker
If you’re unfamiliar with Tim Heidecker, you realistically have no one to blame by yourself. He’s a comedian, writer, director, actor and a musician. He’s one half of the comedy team of Tim & Eric, with Eric Wareheim. He’s put together a fistful of TV shows and has been in some movies so, naturally, its time to branch into the bastard world of soundcasting. Office Hours Live with Tim Heidecker is pretty fresh. He just takes Skype calls for an hour and a half from anyone who wants to call and asks him questions about pretty much everything. 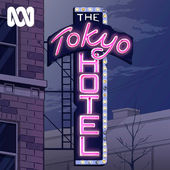 Tokyo Hotel
Interview shows and yackfests between three or more people are just find as far as soundcasting goes, but I’ve made no secret of the fact that I really can get onboard with some of the great narrative series that have been cropping up during the past couple of years. Something with structure and stories, y’know? SO I am all over this new soundcast called Tokyo Hotel from the Australian Broadcasting Company. It’s 8 episodes that take place at this rundown but formerly grand Los Angeles hotel. Rather than just pull out a scene, we just let the show’s opening intro set it up for you.

EXTRA LINKS MENTIONED ON THE SHOW

That’s going to do it until our next episode. Remember that we’re going to be at Sketchfest in San Francisco in January. Help us out if you can with a rating and review on iTunes. Use the Amazon banner at the top of our SuccotashShow.com homesite to do your shopping because we get a little something something for that. Click the Donate button. Buy some of our merch. Have yourself a fantastic New Year’s celebration and whatever you do, wherever you go, don’t forget to pass the Succotash!