Yes, it’s me, Marc Hershon. Your host and non-Presidential candidate for Epi118 of Succotash, the Comedy Podcast Podcast. This is another Succotash Clips episode. It’s been awhile since we’ve had a long Succotash "Chatsisode", but I have a few potential interviews lined up for the next couple of weeks. We’ll see if anyone wants to talk to me and, if they do, then we’ll see if you want to listen to it.

See how that works?

For new listeners to this here podcast, and just as a reminder to you old ears out there, we feature clips of other comedy podcasts as way to let you know what’s going on out there in Podcastland. It’s basically a public service and, checking the level of donations lately, we’re definitely not-for-profit. Oh, we’ll take your money. We just need to find someone who wants to give us some. We also interview podcasters, comedians, and comedy podcasters, as well as other interesting people we happen to find.

The last episode of this show ran kinda long – about an hour and a half – and one of the reasons I split Succotash up into Clips and Chats in the first place was to get the show length down a little bit. This week should be a tight, tidy little program. Which means you can get back to your regular life, already in progress, very quickly.

Coming up, clipwise, in this installment of Succotash Clips is Pipedream, Radio BrendoMan, Think Again, VICE, and Worst Collection Ever. In addition we have a double dose of our Burst O’ Durst segment with comedian & social commentator Will Durst, a classic Henderson’s Pants commercial, and another end-of-the-show acapella song by regular contributor Abner Serd.

I don’t think I have much in the way of business to get to, just the usual stuff nobody seems to pay much attention to, such as clicking the Donate button at the http://SuccotashShow.com website to help us out since we don’t have sponsors other than Henderson’s Pants…which doesn’t pay us squat. And if money is something you don’t want to spoil us with because you’re afraid that me, our producer Joe Paulino and announcer Bill Heywatt will just go out and drink it up – you may be right, actually – then get up to iTunes and give us a nice rating and a short review.

Our friend Travis Clark of Tiny Odd Conversations is in town this week, performing Tuesday night at the Throckmorton Theatre, so I’m going to get together with he and his wife-sash-co-host…or is that co-host-slash-wife…Brandy for dinner. 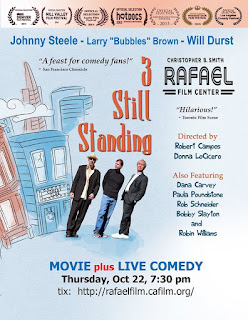 And if you’re in the Marin County area on Thursday night this week, I’ll be MC’ing a screening of the 3 Still Standing documentary and a live comedy show by the three guys featured in the film: Johnny Steele, Larry Brown, and our very own Will Durst. That will be at the Rafael Film Center this Thursday night starting at 7:30 PM. There’s a link in the blog piece for this episode at http://SuccotashShow.com to get more information. 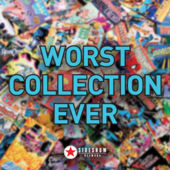 Worst Collection Ever
For our first clip, I’m going to turn the hands of time back about a month, to the 4th Los Angeles Podcast Festival. That’s when I got to be a guest on a podcast called The Worst Collection Ever, co-hosted by friends-of-Succotash Shawn Marek and his wife, Jen Stansfield-Marek. They have a perverse pride in their absolutely dreadful, terible, wonderful comic book collection. Books that no one seems to care about. It’s more an Island of Misfit Comics. This visit with them was a year in the making because last year at the Podfest I had told Shawn that my favorite terrible comic character is DC’s The Creeper. So he and Jen combed through their collection and dredged up an issue of the Brave and the Bold featuring The Batman teaming up with The Creeper to stop a mysterious villain made out of paper.

Radio BrendoMan
Speaking of the LA Podfest, our next clip was harvested by our associate producer Tyson Saner, who could not have known that when Brendan Creecy and Phil Vecchio of the Radio BrendoMan podcast were recording the episode this clip is from, that I was sitting just an arm’s length away in the SquareSpace Podcast Lab. I ever remember them doing this segment. But they never asked me to be on their podcast. Hmm… 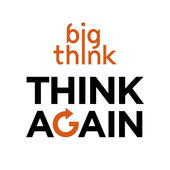 Think Again
This past week, for Huffington Post and Splitsider.com, I reviewed the Think Again podcast with host Jason Gots and his guest, the great Norman Lear, producer of such TV touchstones as All In The Family, Good Times and Sanford & Son. It’s a cool premise for a podcast. Jason has his producer select and play three short audio clips from different topics that are taken from past guest on the Big Think website’s videocast. He doesn’t know which ones are coming up and neither does his guest. After each sound bite, they respond to the topic at hand. In the slice I’m about to play for you, Lear and Gots kick around Donald Trump and human cruelty. It starts out with the audio chunk that they’ll then respond to… 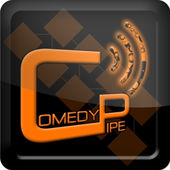 Pipedream
Tyson tracked down and clipped us a hunk of the Pipedream podcast, which is part of the ComedyPipe Network. That’s kind of all we’ve been able to find out about the show. Pipedream is apparently hosted by a trio of Albany, New York, comedians but it’s not easy to discover their names by ANY of the web presence we found. Tyson THINKS one is named “3D”. Beyond that, though, these guys need to get their PR together. Because it’s a pretty decent show and we should be able to know who the hosts are, right? In this clip, they talk to their guest — who IS identified — Harry White, a standup from New York and a Succotash fan. In fact, the only reason we found out about the show is that Harry clued us in that he was going to be on it. Hey, Harry! Who the hell are the guys you’re talking to? 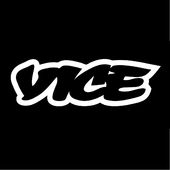 The VICE Podcast
According to their entry over on PodBay, which is a great app for listening to your favorite podcasts, by the way, the VICE Podcast is a weekly discussion which delves inside the minds of some of the most interesting, creative, and bizarre people within the VICE universe. From the clip Tyson picks up for us, VICE’s host Reihan Salam gets comedian and musical genius Reggie Watts to reveal his agenda of world domination.

We’re all done with Succotash Clips, Epi 118, and that didn’t hurt a bit, did it? I’m going to give you a virtual lollypop for being so brave.  Until next time, thanks very much for passing the Succotash!