Yeppers, it’s me, Marc Hershon. Your host and inflatable arm-flailing tubeman for Epi117 of Succotash, the Comedy Podcast Podcast. This is a Succotash Clips episode with one exception, which I’ll 'splain in a sec. I’m happy to have our associate producer Tyson Saner back helping me to harvest clips of podcasts far and wide. He was a little overwhelmed doing some moving recently so we gave him some well-earned vacation time from listenin’ and snippin’. But he’s back and we’ve got some interesting clips to get to.

I’m one week back from the 4th Annual LA Podcast Festival and what a time I had. I was mostly dug in at the SquareSpace Podcast Lab, interviewing a few podcasters and then cutting, prepping and uploading those "minisodes". (You can find them all listed, essentially, under Epi116 at http://SuccotashShow.com and iTunes. I forgot to get them up to SoundCloud, but I’ll do that soon just to have them up there as well.) 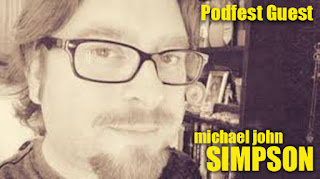 There was one last interview that I didn’t get a chance to produce and upload. That was with Michael John Simpson, co-host of The Something Something Experience podcast , so I’m going to break protocol — God, the network hates when I do this — and play that interview and a clip from Michael’s podcast as well.

In addition to his show, we’ve got clippage from The Chillpak Hollywood Hour, The Mild Adventures of Fred Stoller, Human Conversation, Taco Tuesday, The Talking Podcast, The Hooray Show, The New Hollywood podcast, and the Why Didn’t They Laugh? podcast.

We also have a double dose of our Burst O’ Durst segment, featuring political comedian and social commentator Will Durst, a classic Henderson’s Pants commercial, and an absurd folk song from our musical buddy, Abner Serd. Be sure to listen for that following Bill Heywatt’s closing credits.

Chillpak Hollywood Hour
Immediately following the LA Podfest, I was honored to be the first guest to Skype in on the Chillpak Hollywood Hour, with Dean Haglund and Phil Leirness, since they’ve gone international with Dean now hanging out down under in Australia. A little after 11 o’clock Sunday night, I pulled off the freeway into the parking lot of a KFC in Patterson, California, population 20,868. Dean and Phil wanted me to give them a review of the Ear Buds podcast documentary which had a couple of preliminary screenings at the podfest. In addition, I gave them and their listeners my take on the current State of the Podcast Union. 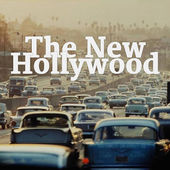 The New Hollywood
Brian Flaherty, host of The New Hollywood podcast, was our guest for Succotash Chats, Epi102, back at the end of the January of this year. I just reviewed his episode last week for both Splitsider and Huffington Post Entertainment, which featured his lengthy interview with the multi-talented and very entertaining Bill Hader. Since leaving SNL, Hader has been keeping himself busy – it seems like there is no acting job that guy won’t try – TV shows, commercials, and movies, including last year’s amazing The Skeleton Twins. Our clip features Hader outlining the audition process he had to go through to get on SNL. 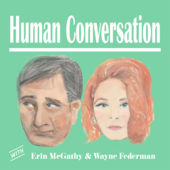 Human Conversation
Last week was actually a review “two-fer” because I reviewed Human Conversation in addition to The New Hollywood. Human Conversation is a podcast that’s 20-something episodes in and I hadn’t heard about it until co-host Wayne Federman waded into the Podcast Lab at the LA Podfest. Wayne and I go way back but we’re not in touch all that often and this was the first I’d heard of his show, which he co-hosts with Erin McGathy, the significant other of Dan Harmon, the mayor of Harmontown. In the course of the show, she and Wayne talk about a variety of topics but the things is that neither is allowed to look up facts, figures, names, or anything else germane to the topics they discuss. Here, they talk about music and getting things done. Although Wayne and Erin don’t look up anything then and there during each episode, they DO look things up before the next episode and they kick every show off with a list of corrections. (I’ll have Wayne on an episode of Succotash Chats soon to talk about his monumental 30-year-project, The Federman Chronicles, which features parts of his standup comedy act dating back 30 years.) 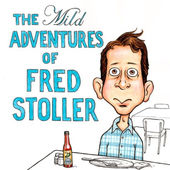 The Mild Adventures of Fred Stoller
I reviewed past guest and friend-of-Succotash Fred Stoller’s new podcast, The Mild Adventures of Fred Stoller, back when it debuted in July. We’d had Fred as a guest way, way back in Epi15, when doing his own podcast wasn’t even a twinkle in his mouth. We also clipped that episode I reviewed, with guest Robert Forester, but our Associate Producer Tyson Saner thought it was time for a rematch. The clip captures part of the opening to the show, which is part of a phone conversation of Fred trying explain the concept of a podcast to his mother. Also in this clip, he’s joined by sometimes-co-host Amber Tozer, and they discuss comedy and dating with guest Darren Carter and Nikki Sullivan. 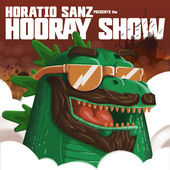 The Hooray Show
The hosts of The Hooray Show, which we’ve not covered on this show before, are Horatio Sands and Chad Krueger. Horatio is, of course, from SNL. Krueger is a musician, perhaps best known as the lead singer and guitarist for Nickleback. In this clip, from their Season 2, Episode 6, they talk to guests Peter Murrieta and Jaime Moyer about the fire that swept through the Second City offices in Chicago earlier in September. The theater, I believe, was largely untouched, but the offices took quite a hit.

The Talking Podcast
From the UK comes The Talking Podcast, which is the most content-related blatant titling of a show I can remember. It features three brothers, Joseph Snelling, Oliver Snelling and George Trevor White, who, in the words of their homesite’s “Who Are We?”, “arrogantly assume that others would like to listen to them talking.” Tyson found this show and this clip, and I don’t know why the third brother’s last name, White, is not even close to that of his two brohams, which is Snelling. Here they talk about a family outing as boys on the Isle of Man. They also chat about Time as a concept. Heavy. 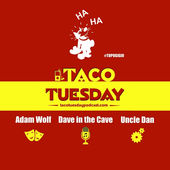 Taco Tuesday
Okay, I’ve mentioned on the show before that I really don’t care for pre-recorded promos. There’s nothing inherently wrong with them, but they can be easily played on any other podcast to help cross promote another podcast. Clips are much more illustrative of what a show really has going on. And the guys at the Taco Tuesday podcast — Uncle Dan, Adam Wolf, and Dave In The Cave —know that. We’ve clipped ‘em before. But this week, they sent along a promo – it’s got a head, a tail, some chit chat in-between, and music bed throughout the whole thing. Maddening. But because I love the Taco Tuesday guys (and because they got this promo here using our upload link at http://hightail.com/u/succotashshow), I’m going to let it slide. 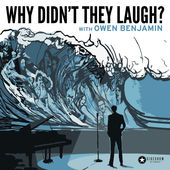 Why Didn’t They Laugh?
Comedian Owen Benjamin, who is also an actor started a podcast where he tries to deconstruct his act. He plays portions of his performances and attempts to figure out what it was that kept an audience from laughing at the material. He’s almost 40 epis into Why Didn’t They Laugh? But our associate producer has clipped the very first episode, which features a recording of Owen’s father recounting a favorite joke. Tyson thinks the senior Benjamin sounds an awful lot like the late Spaulding Gray. 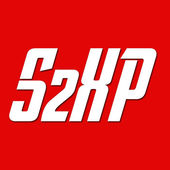 Thanks for stuffing your ears full of Succotash Clips (with a little bit o’ chat). If you’d like to do a little something-something to pay us back for all this free chuckle n’ jivin’, we would adore your ratings and reviews up on iTunes, your thumbs-ups and reviews on Stitcher, a heart on SoundCloud, a Like on Facebook, a click on our Donate button or Amazon banner at http://SuccotashShow.com — any or all of those options will make us all very happy around Studio P and some of them will even get you mentioned on an upcoming episode of our show!

Until next time, thanks very much for passing the Succotash!

over seven years ago

Thanks to Marc and the Succotash Show for again highlighting the Taco Tuesday podcast. We appreciate you letting our little production slide, especially among all the great talent you highlight every episode. We may not be always doing it right, but we sure are exploring new ways to showcase our work. Thanks again.