Yes, friend. It is I. Marc Hershon. Host and executive producer of Succotash, the Comedy Soundcast Soundcast. Welcome to a very special Hurricane Harvey Relief Epi158.5!

PLEASE NOTE: THIS EPISODE IS EXCLUSIVELY AVAILABLE AS PART OF THE HURRICANE HARVEY PODCAST PACK! (CLICK ON THE LINK OR GO TO http://hersh.co/HHReliefPak)

If you’re unfamiliar with Succotash, the short strokes are that we are THE Comedy Soundcast Soundcast, which means that, to a large degree, we feature clips from comedy soundcast all over the internet. (You may, BTW, better know soundcasts as “podcasts” but we here at Succotash feel like it’s time for a new name since the iPod, for which the medium was named, hasn’t even been in production for the past two years.) 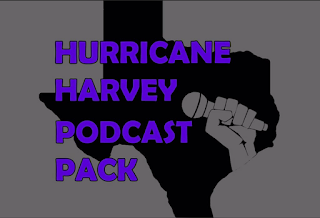 The reason we’re doing this special installment is because of a direct message on Twitter I received from Justin Corbett, one of the co-hosts of the Mindfudge soundcast, just as Houston was beginning to pick up the pieces this past week from Hurricane Harvey slamming through town. He was putting out feelers for shows that wanted to do special episodes that would only be available through a package where all the proceeds would go to help displaced Houston area soundcasters and other various relief efforts, depending how much money came in.

So here we are.

I watched lots of the coverage on TV of the hurricane – before, during and after the storm arrived – and my heart goes out to all the good folks of Houston who had to tangle with the mess, who lost loved ones, and who are likely going to be trying to put their lives together for sometime to come.

There’s not a whole lot that I can do personally. I’m not rich, with a lot of disposable income. I’m not a doctor, a nurse, an EMT or a firefighter. Heck, I can barely boil and egg or feed myself so I’m not very well equipped to help others directly. So I’m hoping that Justin is successful in getting this and the other shows he’s putting together out there and is able to bring in some much needed donations to help the cause.

I wanted to give a special shoutout: Key to helping me put together this special epi of Succotash is our Associate Producer, Tyson Saner, who helped to harvest some of the clips you’re about to hear. In addition to giving me a hand, Tyson also co-hosts his own soundcast called The Anti Social Show with Hunter Block, so check their show out on SoudnCloud, iTunes and other places online.

In the course of THIS show we’re going to be featuring clips exclusively from Houston-area comedy soundcasts. You’re going to hear from Between Us Girls, Houston’s POV Podcast, Mindfudge, Relationshit, Stay The Course, The Stacks, and the Whiskey Brothers soundcast. 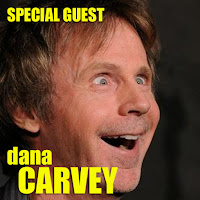 In addition, I recorded a short conversation via Skype with past guest, friend-of-the-show, comedian and SNL alumni Dana Carvey just for this special episode. He wanted to help out, he’s done some comedy stage time in Houston over the years, so he tells me a couple of Houston stories. We’ll get to that later in the show, which is brought to you by our sponsor Henderson’s Pants.

Mindfudge
The intro on the Mindfudge homesite reads, “MFCP is a comedy show hosted by three funny guys from Houston Texas. Each week Justin, George, and Andy get together and discuss a new theme through a series of aptly-named segments such as “Mind-Melters”, “Consumption”, and “Tell Us Something Nutty”. Listener participation is encouraged, and every week the guys will answer questions about anything during their “Ask The Nuts” segment! Please email them questions to Mindfudgecomedy@gmail.com!” We’ve clipped one of their recent “Consumption” segments.

Between Us Girls
Another trio of Texans are the women who host Between Us Girls, namely Michel, Sharonda, and Danielle, none of whom use their last names on their show’s homesite. But that’s okay – these women are strong enough that a first and only name is all they should need. According to their site’s About page, the show is “a raw and unfiltered show that gives a real life glimpse into the conversations shared between women. Our show is a balanced mix of fun and serious topics from politics and feminism to how to find out whether a guy is boyfriend material. It’s funny empowering stuff that can be enjoyed by both women and men. Did we mention there’s wine? In addition to the comedic spin we take on everyday life, we also review a bottle of wine each episode and give recommendations.” This clip is from Epi48, "The Rules of Engagement Rings", and they talk about the case of Evelyn Lozado.

The Whiskey Brothers
I don’t want you to get the idea that ALL Houston soundcast host work in threes, but the next clip comes from another trio. We’re featuring the The Whiskey Brothers Comedy Podcast, the details of which can be found on their http://PraiseWhiskey.com homesite. The first of the hosts, Slade Ham, we’ve actually mentioned recently on Succotash when we talked with Jordan Brady, the director of the documentary I Am Battle Comic, when he was on episodes 157 AND 150. Slade was one of the group of comedians visiting US military bases in the Middle East when Jordan was filming. Then there are Slade’s cohorts: Rob Mungle, another standup and the actual founder of the Whiskey Brothers back in 1998, plus he’s done a ton of voiceover work for anime, and Sam Demaris rounds out the triumverate of terror. As a comedian he’s been seen on Maxim’s Real Men of Comedy Tour and was named one of Funny Or Die’s 15 comics to follow on Twitter. This clip is very recent – from Epi 529 “Hurricane Rules” and has Rob talking about hunting for supplies with someone…

Relation$#!t
Next up is a show hosted by a pair of saucy Houston women, Stacy Daniels and Hoja (“oh-ha”) Lopez called Relationshit. (To get away with THAT moniker for iTunes listing, the homesite URL, etc., the “shit” part is technically spelled “dollar sign, hashtag, exclamation point, tee.”) The subtitle on their show is “A Comedy Podcast About Everything Love, Sex, Genitals, & How They All Lead To DISASTER”  This clip is from Epi42, where the ladies interview Houston-based musician and comedian Greg Cote.

Stay The Course
Stay the Course is a soundcast hosted by "Big Pat" Thomas, who refers to himself as “a big white guy in Houston who has a podcast. I also do standup comedy but I’m just getting started with that, too.” While epi 36 of Stay The Course is entitled, “Hurricane Harvey”, in which I believe he was trapped on a boat during the storm, we clipped the previous show with his guest, comedian Nick Palermo.

Houston POV Podcast
I’m not sure this next soundcast is strictly comedy but it IS from Houston and these guys seem like they’ve got a funny side to me. It’s the Houston POV Podcast, hosted by Johnny Riley, Andrew Alpough and Marcus Wilson. The headline of a Houston Press article they were featured in back in February of this year claims they are renewing the lost art of conversation. This clip features the three guys going off on the entourage of a comic who came through town and had granted them an interview, then seemed to go a little sideways on ‘em…

The Stacks
Maybe it’s peculiar to Houston but, once again, The Stacks is hosted by a trio, this time three folks that describe themselves on their iTunes logline as “standOUT comics”. Ballsy. I like that. Ruth Hirsch, Ned Gayle, and Josh Brokaw record their show in front of a live audience at The Rec Room in Houston. According to the Houston Press, the Rec Room did sustain some flooding due to Harvey but they are open for business but hurting not so much from storm damage but in cancellations of events because of the storm. In this clip from The Stacks, the gang and friends talk about “workout guys”.

And if you’d like to hear more of what we do here, visit us at http://SuccotashShow.com or grab episodes from iTunes, Stitcher, SoundCloud, Laughable, iHeartRadio, YouTube and pretty much anywhere else fine soundcast are streamed and/or downloaded. And don’t be afraid to share that information with your friends and family – thanks for passing the Succotash!