Saluton, estas mi Tyson Saner, your host for the duration of this extra-stuffed edition of Succotash, The Comedy Soundcast Soundcast. Thank you for deciding to choose us for the next bit of listening entertainment in your life.

On the topics of life AND decisions I'd like to point out how the two are inexorably entwined. Life is full of decisions. Sometimes I have to make the agonizing choice of doing anything other than spending time with my newborn son. As a result, most of the work I get done is at night when he is sleeping. That's my decision to make and I happily make it.

I've also decided to make an entire episode comprised of clips that were found with the help of our friends at the Laughable app because it helped me find some fantastic shows to clip for you this episode. I've got clips from Gettin' Better with Ron Funches, Oprah's Master Class: The Podcast, CBS Sunday Morning with Jane Pauley, The Mike Lupica Podcast, Congratulations with Chris D'Elia, and The New Yorker Radio Hour.

I've also got a double dose of raging moderate Will Durst's Burst O' Durst segment. I will be reading another selection from our sponsor TrumPoetry.com. 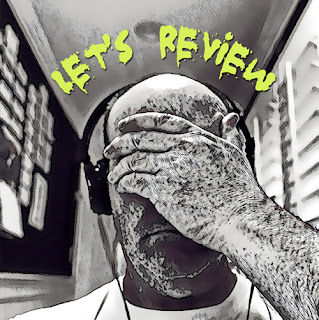 And in this episode we introduce a special new segment from our very own Executive Producer Marc Hershon called "Let's Review", where he reads recent reviews he's written for "This Week in Comedy Podcasts" on Vulture.com. This episode he's covering Girls Gotta Eat and Inside Conan.

Oprah's Master Class: The Podcast
In this episode, Emmy-, Grammy-, Oscar- and Tony-winning actress, TV host and stand-up comic Whoopi Goldberg talks with Oprah Winfrey candidly about her childhood in New York City, her most valuable life lessons and her defining screen roles. Whoopi explains how she landed her two most iconic roles: Celie in "The Color Purple" and Oda Mae Brown in "Ghost." She shares how she learned to accept success and open up doors of opportunity in her life. Whoopi also describes the moment she made peace with her mother's death. In our clip, Whoopi discusses her mother's approach to parenting.

Gettin' Better with Ron Funches
After listening to Hannah Gadsby's episode of Monsters of Talk (a now-defunct soundcast hosted by Margaret Cho and Jim Short), I really wanted to find a soundcast that featured some more conversation with Margaret Cho. Thanks to the Laughable App I found Gettin' Better, hosted by Ron Funches. In our featured clip Laugh-In is discussed as well as  Margaret's early comic role models as well as her current favorite comedy personalities.

The New Yorker Radio Hour
David Remnick is joined by The New Yorker's award-winning writers, editors and artists to present a weekly mix of profiles, storytelling, and insightful conversations about the issues that matter — plus an occasional blast of comic genius from the magazine's legendary Shouts and Murmurs page. Our clip is from the episode that dropped on November 23rd last year (2018), entitled "Jim Carrey Doesn't Exist (According to Jim Carrey)".

The Mike Lupica Podcast
Mike Lupica, one of the most prominent columnists in America, brings his experience and insider's knowledge, coupled with a provocative presentation that takes an uncompromising look at the tumultuous worlds of professional sports, and politics to this weekly podcast. Every week join Mike and a special guest as they tackle the topics of today! The clip we're featuring is from Mike's chat with Larry David back in 2017.

CBS Sunday Morning with Jane Pauley
CBS Sunday Morning with Jane Pauley is the top-rated Sunday morning news program in all the key demos, and features stories on the arts, music, nature, entertainment, sports, history, science, Americana and highlights unique human accomplishments and achievements. From May of last year, Lee Cowan hosts this part of the soundcast. I was specifically looking to clip the segment with two of my all-time favorite funny people, Steve Martin and Martin Short…so I did.

Congratulations with Chris D'Elia
Comedian and actor Chris D'Elia sits down every week to talk about what's on his mind. THe clip we're featuring comes from Epi116, "Open Up the Limit", where Chris responds to the local Albuquerque news covering his reaction from the week previous.

And that's the lineup for this episode. There only remains for me to thank you for making us your destination listening for however long this episode turns out to be. I can't emphasise more the gratitude I feel every time you decide to make the decision to listen.

If you could do this show a solid and leave us a review on iTunes it would really help us out. It's another type of word-of-mouth that is apparently very effective in helping us grow our audience and eventually perhaps landing us a real sponsor.

When you tell others about us, you show us love in that particular fashion that is what we mean when we gently implore you to Please... Pass The Succotash?