Something a little different this time out — a live epi of Succotash Chats, the Comedy Soundcast Soundcast, presented as part of the 16th Annual San Francisco Sketchfest!

(For those who may be offended by my use of Frisco in the title this week - often an affront to some from the City By The Bay - please bear in mind this was a time-honored handle for San Francisco until Chronicle columnist Herb Caen decided to make it a "thing", including writing a book entitled, Don't Call It Frisco! But screw him. He was from Sacramento originally anyway. I grew up in and around this city and I'll call it whatever I want…) 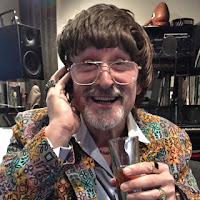 We had a delightful show on a Sunday afternoon at the Piano Fight nightclub in the Tenderloin district with a slim crowd in attendance. (I like to blame the low turnout on the thunderstorm that was going on.) Our beloved booth announcer Bill Heywatt was there, live and in person, and went beyond simply introducing the show and reading a commercial for Henderson's Pants Hippie Hiphuggers — he sang a song, The President's A Trump, based on The Lady Is A Tramp. And he was accompanied on piano by guest Wayne Federman, co-host of the Human Conversation soundcast.

Special thanks to Wayne, who was performing the previous night and was due to fly home early Sunday, but stayed over until evening and paid the extra money to switch his flight just to join us.

In addition to Bill and Wayne, we had political comedian and social commentator Will Durst who read a live Burst O' Durst segment and also helped me host the event. And on our panel of soundcasters we also had Paco Romane, co-host of the Sup Doc show, and Cole Stratton, co-host of Pop My Culture (and also co-producer of the SF Sketchfest.)

Interestingly, both Wayne and Cole's soundcasts have dropped their last episodes. (Pop My Culture actually put up its last show the week before as part of the Sketchfest offerings.) 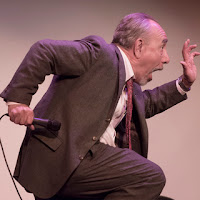 Will Durst is a five-time Emmy nominated political satirist, seven-time nominee for Best Male Stand-Up of the Year, a nationally syndicated columnist, author of four books, and has released five CDs and is sworn enemy to all tyrants foreign and domestic. He is now touring with his new acclaimed one-man show about Baby Boomers. BoomeRaging: From LSD to OMG, and can be seen as one of the three subjects in the new documentary 3 Still Standing, currently available from Amazon Prime. 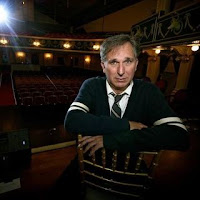 Wayne Federman is a comedian, actor, and writer. He has been touring clubs, colleges, alternative rooms, and theaters for over 30 years. He has performed on Late Night with Jimmy Fallon and has his own stand‐up special on Comedy Central. Wayne has appeared in over twenty films including Knocked Up, Step Brothers, The 40‐Year‐Old Virgin, Legally Blonde, 50 First Dates, Funny People, and is featured in the upcoming Will Ferrell/Amy Poehler comedy The House. Television viewers know Wayne from his his recurring role on Curb Your Enthusiasm as well Shameless, Hello Ladies, Documentary Now!, The Larry Sanders Show, Community, and New Girl. He is both an Emmy and WGA-award nominated writer. He has had articles published in The Atlantic, Vulture, and Splitsider and was the head monologue writer for Late Night with Jimmy Fallon as well as co‐authoring a bestselling sports biography on Pistol Pete Maravich. His critically acclaimed 3-volume comedy retrospective, The Chronicles of Federman, was released in 2015 by ASpecialThing Records. 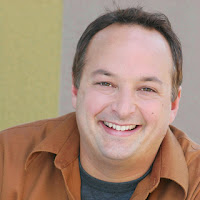 Paco Romane’s authentic, engaging, and unpredictable style has established him as an audience favorite. His act is a “mashup of all things funny – stand up, sketch, improv, you name it” –  and with his experience in improv and sketch comedy he’ll regularly spin any live moment with the crowd into his act. Paco has appeared on Comedy Central, is a frequent guest on The Todd Glass Show and was twice voted Best Comedian in San Francisco. He has also appeared in numerous films and national commercials, and is a sought after voice-over actor. Check out his comedy album Shaped Like A Thumb and his podcast Sup Doc. 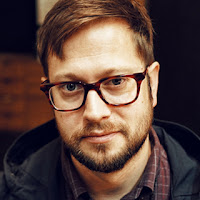 Cole Stratton wears a lot of hats. Not literal ones, as he has a tiny head and it just doesn't look right. He is the co-founder of SF Sketchfest. He’s also co-host of the popular (and recently shuttered) Pop My Culture soundcast. He has also guested on other soundcasts, such as Sklarbro County, Jordan Jesse Go!, Competitive Erotic Fan Fiction, Totally Laime, The Long Shot Podcast and James Bonding. Due to planet alignment, he has appeared on TV’s Nash Bridges, re-enacted on America’s Most Wanted, played with puppies and Betty White on the Animal Planet original The Retrievers, thrown-down like the sarcastic white boy he is on Wilmer Valderrama’s Yo Momma, and was a cast member on NBC’s competitive comedy show Comedy Colosseum. He’s a lead in the indie comedy Callback opposite Kevin Farley, has also appeared in the films Around the Fire, Dead Man on Campus, and the festival hit horror/comedy The Selling, where he plays obnoxious office gossip Ed, a role which he will be reprising in the upcoming end-times comedy Diani & Devine Meet The Apocalypse.

HOW CAN YOU HELP?

Thanks so much for reading this, listening to the soundcast, and passing the Succotash!